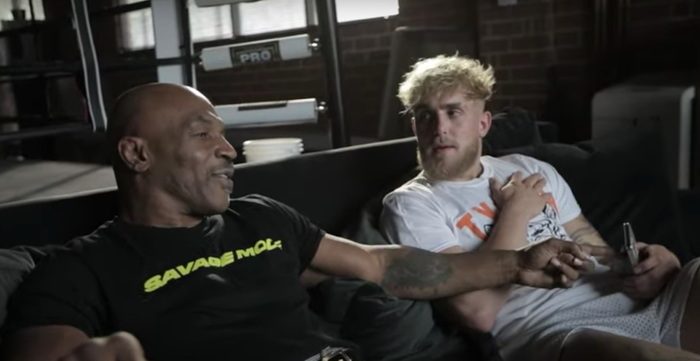 Mike Tyson said boxing should be thankful for YouTubers and thinks creators like Jake Paul who get in the ring should be given a belt.

The former heavyweight world champion, 54, participated at the same event Saturday with Paul, who has 20 million subscribers on YouTube.

Tyson then turned-up to the post-event press conference at the Staples Center in Los Angeles and told reporters that Paul is a "God-gifted YouTube boxer."

Tyson said: "My ego says so many things but my reality is; they help boxing so much."

According to the veteran boxer, boxing lost ground to the UFC — a 27-year-old company which has firmly established itself as the world's leading mixed martial arts firm.

"Give them some belts because these guys make boxing alive. Boxing was pretty much a dying sport. The UFC was kicking our butt.

"I believe the more anyone boxes, the better it is. Boxing has taken some beatings since the UFC has been around."

Paul dominated Robinson, knocking him down in the first round, again in the second, and then finishing him with a third and final knockdown later in the second.

After the victory, the youngster proceeded to issue call-outs to MMA fighters like Dillon Danis and Conor McGregor.

Tyson said he didn't like seeing the Robinson knockout because it was so brutal, but when a reporter told him about Paul's ambition in combat sports, he said: "That's beautiful."