MOTO GP star Maverick Vinales was forced to leap from his bike at 125mph and somehow escaped unhurt.

The Spaniard pulled the death defying stunt at Austria's Red Bull Ring after his brakes failed approaching a bend. 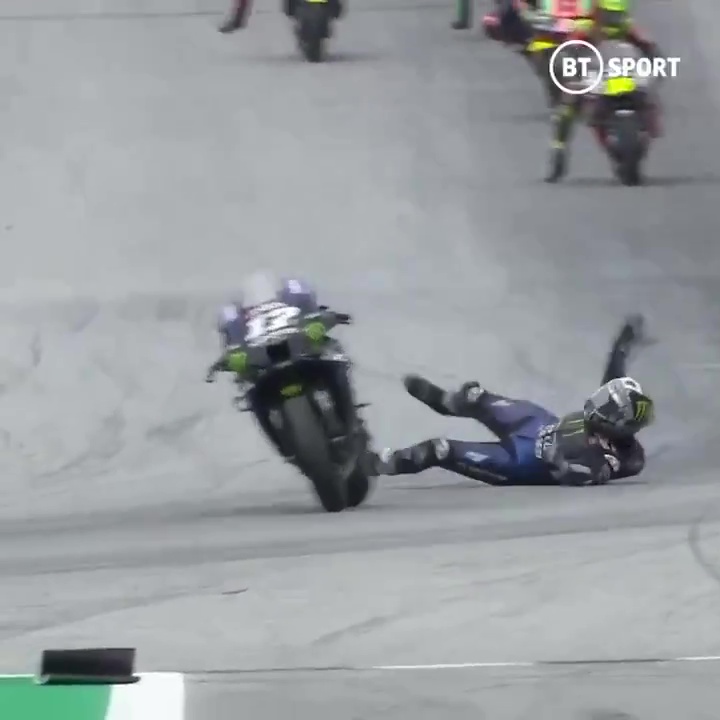 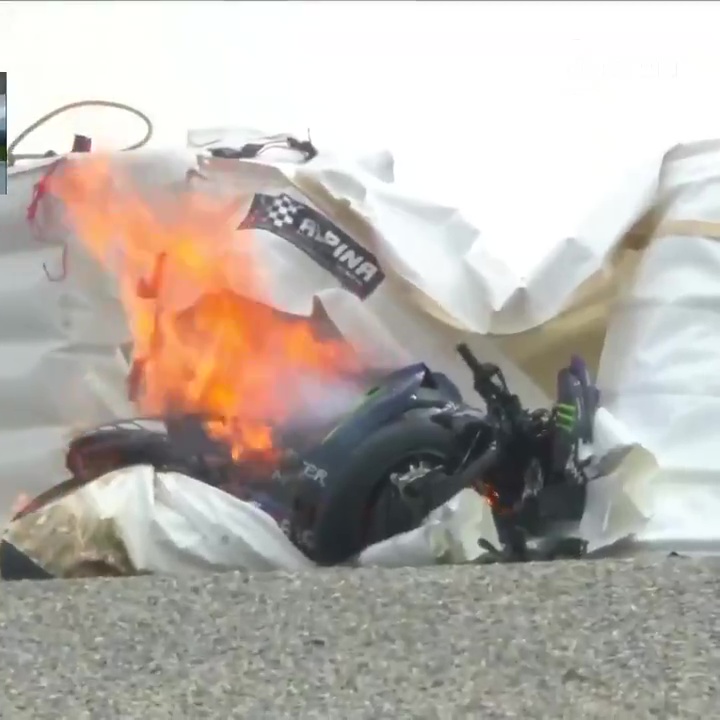 Vinales was 13th having fallen back from sixth due to recurring brake issues.

And then his afternoon got even worse when his front brake packed up completely as he sped towards the fast right-handed turn one.

Breathtaking footage shows Vinales bail out at the bottom of a straight and skid at frightening speed on his back.

He eventually came to a stop and leapt to his feet unharmed but his bike was not so lucky.

The powerful machine stayed upright, hurtled into the barriers and immediately burst into flames.

Explaining the incident after the race, the 25-year-old said: "I started to lose the front pressure of the brake. I was trying trying, I went out [of the track] one time.

“I made three laps very slow then again [I was] without brakes. 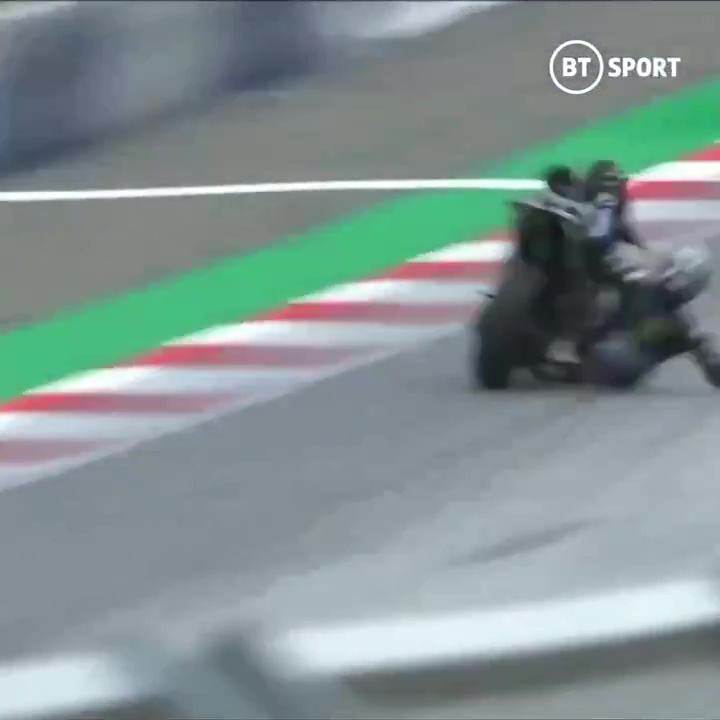 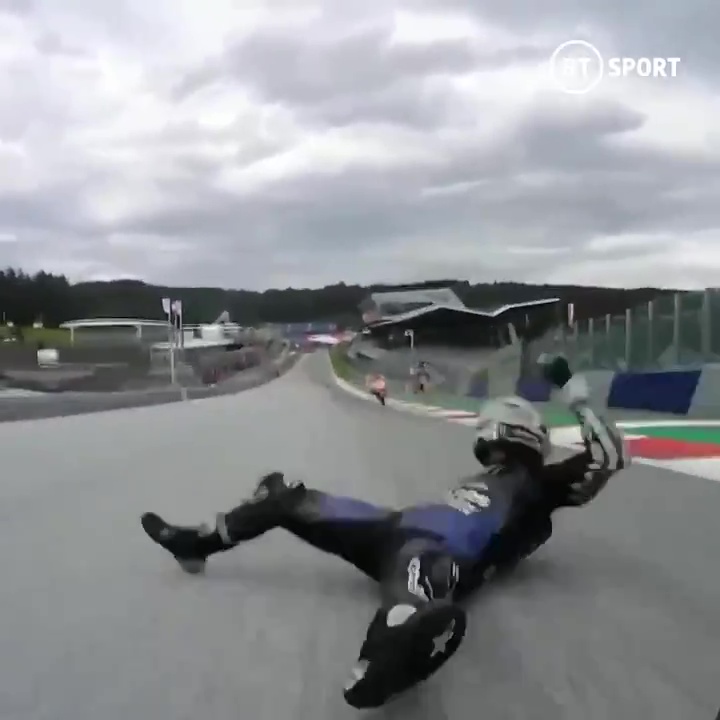 “Suddenly the brake was good, I was recovering a lot and then suddenly in corner one the brake exploded, so it wasn’t possible to do nothing.

“It’s something I never had during all my MotoGP career.

"Maybe the brake would go down a little bit, I’d play with the lever, but today every lap I was adjusting the lever corner by corner, I could not make anything.

“I think the part went away, on the brake. I remained without brakes – the first intention was to go out of the bike, because I couldn’t stop the bike, impossible.

“But what can you do? I would not remain on the bike, I jumped.

“I understood very well that the brake was broken or something, so I decided to jump.

“Nothing more, we lose and we win together.

"We’re going to try to come back stronger – now we have to forget these two races in Austria, for sure it’s the worst two races I’ve been in in MotoGP.

“We deserve something better, we worked really hard all weekend.”

The race ended in equally dramatic fashion with Miguel Oliveira on a Tech3 KTM overtaking two rivals on the last corner to jump from third to first and win.

And the incident came just days after a horror 200mph crash when a flying bike missed Valentino Rossi by just inches.