OLEKSANDR USYK is already flexing his muscles as the new heavyweight champion by saying he wants to face the winner of Tyson Fury vs Deontay Wilder.

The Ukrainian claimed the WBA, WBO and IBF belts from Anthony Joshua in a stunning unanimous decision at Tottenham Hotspur Stadium last Saturday. 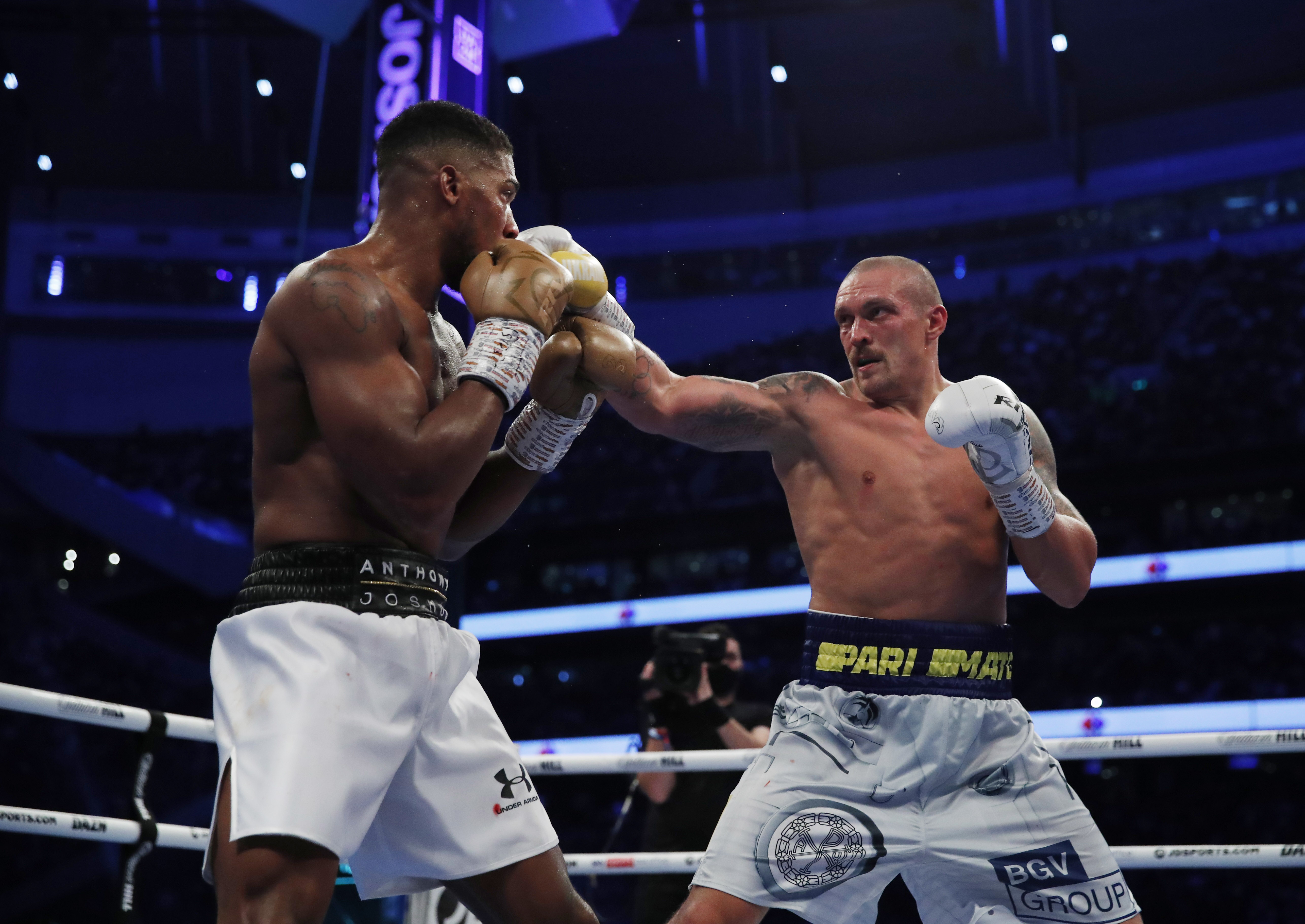 Fury faces Wilder in their trilogy bout at Las Vegas’ T-Mobile Arena next month with the WBC belt on the line.

Joshua’s camp immediately signalled they would trigger a rematch clause but Usyk already has his sights set on a unification fight – once the Brit is taken care of again.

He said: “We can talk about consolidation of all the belts only after Tyson Fury (faces) Deontay Wilder, and they determine the champion, and after our re-match with Anthony (Joshua).

“Of course I would like very much to have this consolidation match because in the super heavy-weight it didn't happen for some 30 years if I'm not mistaken.

“I don't want to wait for two or three years, it's a very long time to wait.

“At the moment I have four belts, three main ones WBA, WBO, and IBF, and the fourth one IBO, which is not the main belt.

“The main forth belt has Tyson Fury at the moment.”

Joshua’s promoter Eddie Hearn has already indicated he wants a rematch in February or March next year somewhere in the UK.

Usyk suggested he wants to fight in front of home fans in Ukraine but his manager Alexander Krassyuk at least confirmed early next year as the likely date.

He said: "Those approximate dates which Eddie Hearn announced at the press conference after the match, that this is February, March, these are the correct dates.”