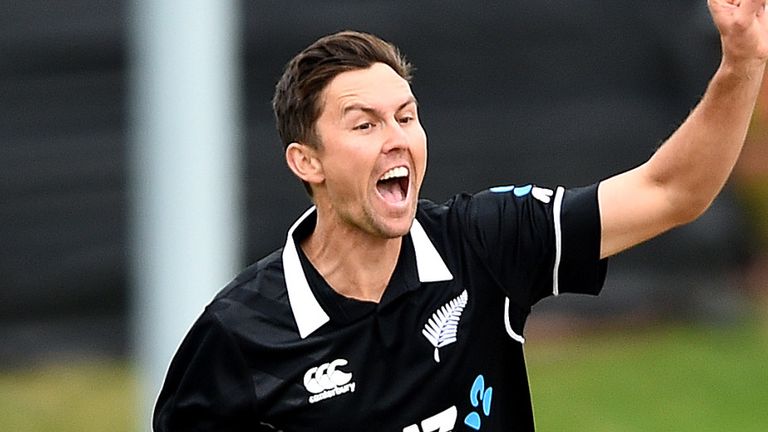 New Zealand needed only 21.2 overs to chase down Bangladesh’s total of 131 and win the first of their three one-day internationals by eight wickets.

Bangladesh were bowled out by the hosts in just 41.5 overs after being put into bat first. Mahmudullah’s 27 from 54 balls was the highest score.

In reply, after Martin Guptill crashed 38 runs from 19 balls with three fours and four sixes at the top of the order, New Zealand cruised to an emphatic win with plenty of overs to spare.

Apart from Mahmudullah, Mushfiqur Rahim made 23 from 49 balls and Liton Das 19 off 36 as the only other scores of real note for Bangladesh.

New Zealand left-arm pace bowler Trent Boult (4-27) struck at both ends of the innings, removing Tamim (13) and Soumya Sarkar (0) within three balls in the fifth over. He returned to capture the last two wickets to fall.

Jimmy Neesham dismissed Das and Mushfiqur, then had a hand (literally) in dismissing Mohammad Mithun, by deflecting Mahmudullah’s straight drive onto the stumps at the non-strikers end after Mithun had left his ground.

Mahedi Hasan, on debut, hit a six for his first runs in ODIs and looked determined to lift the scoring rate but he fell to left-arm spinner Mitchell Santner for 14.

Thanks to Guptill, New Zealand’s 50 came without a wicket down and in only five overs, and the hosts reached their 100 in the 16th over.

Henry Nicholls scored an unbeaten 49 in his 50th ODI to see the Black Caps to victory in the 22nd, combining in a 65-run partnership for the second wicket with Devon Conway (27).

The two teams meet again for the second ODI in Christchurch on Tuesday.