The 30-year-old is out of contract next summer and can agree a pre-contract with foreign clubs from January 1. 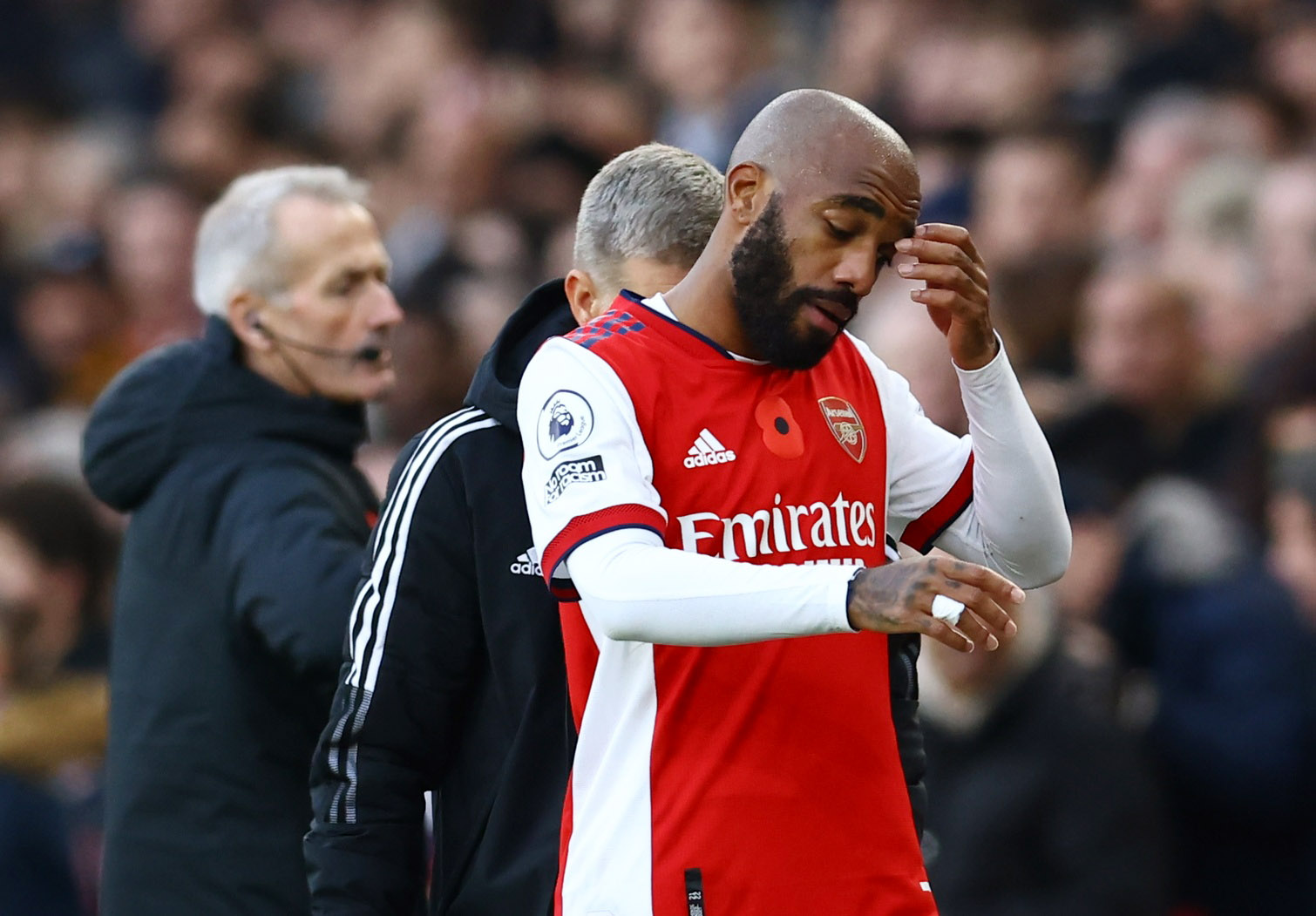 And according to Spanish outlet La Razon, Atletico could turn to Lacazette as a cheaper alternative to RB Salzburg wonderkid Karim Adeyemi.

The 19-year-old is hot property and is being tracked by a number of Europe's elite.

Atletico, however, have an issue with his price tag – which is believed to be between 30 and 40million euros.

And Lacazette on a free could be an effective short-term fix.

The news comes as a blow to newly mega-rich Newcastle, who were hoping to lure the Frenchman to the North East of England.

Newcastle would have to wait until his contract expires to agree terms, or they could potentially negotiate a transfer in January – but it would come at a cost.

Atletico, on the other hand, can put plans in place from the start of the New Year.

The Madrid-based club will also most likely have European football in some way shape or form next season, whereas it appears Newcastle have a fight on their hands to stay in the top flight.

Nonetheless, former Premier League star Kevin Phillips has urged the Magpies to try their luck and throw their weight around against the big boys for Lacazette's signature.

Phillips told Football Insider: “I have always been a big fan of Lacazette. I think he’s a great player. He would be an amazing signing for Newcastle.

“He needs to play week in, week out. I get the impression he feels he is not loved at Arsenal. Perhaps he feels he does not get the credit he deserves.

“In my opinion, he is a class player. If you played him week in, week out, you would reap the rewards.

“If I was a Newcastle fan and Lacazette came in, I’d be very excited. I know he is blessed with a lot of talent. He’d be a great signing in January.”