NEYMAR'S woeful season went from bad to worse after he limped out of Brazil training clutching his knee.

The Paris Saint-Germain star has been training with the Samba Boys ahead of the Copa America, which starts on June 15. 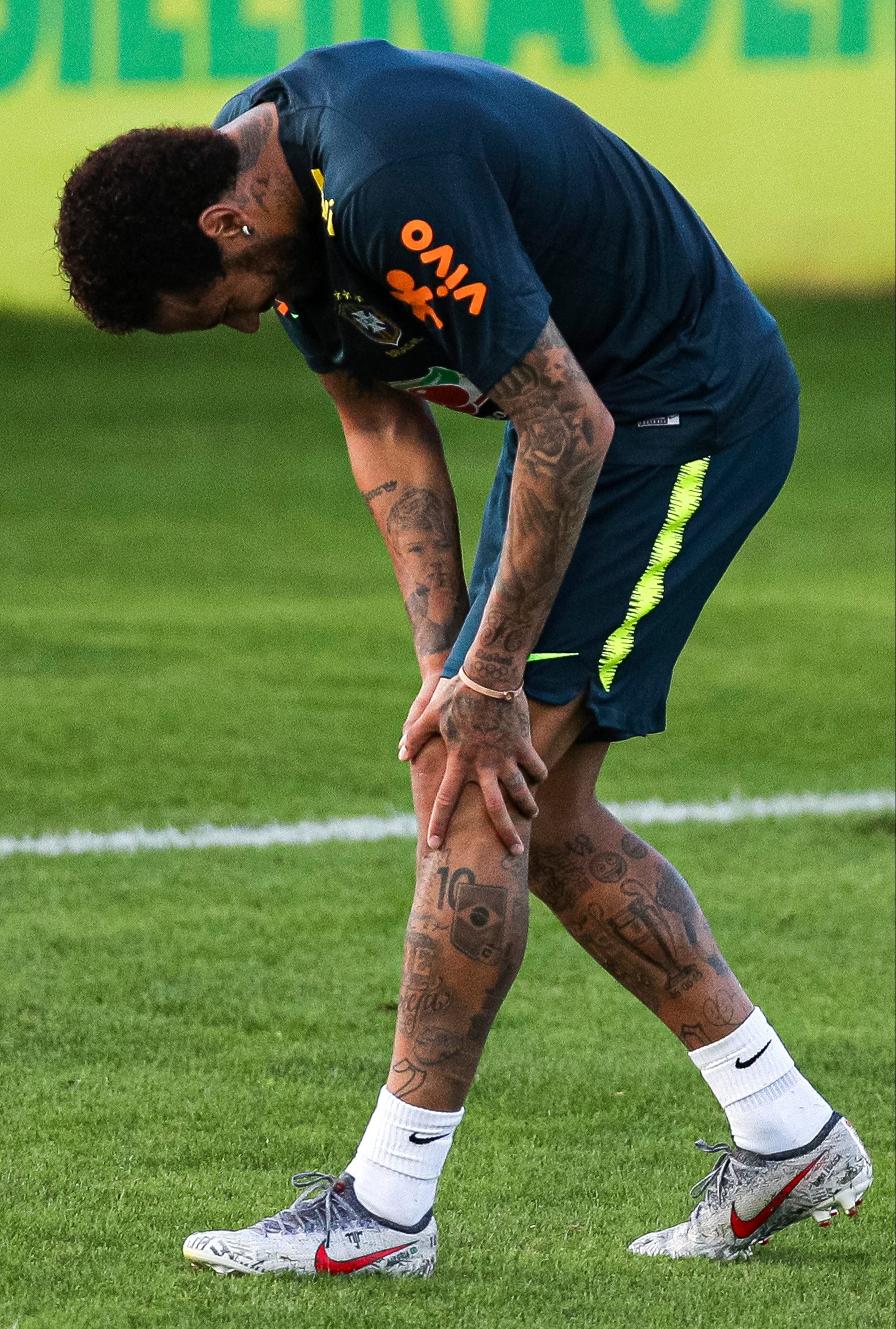 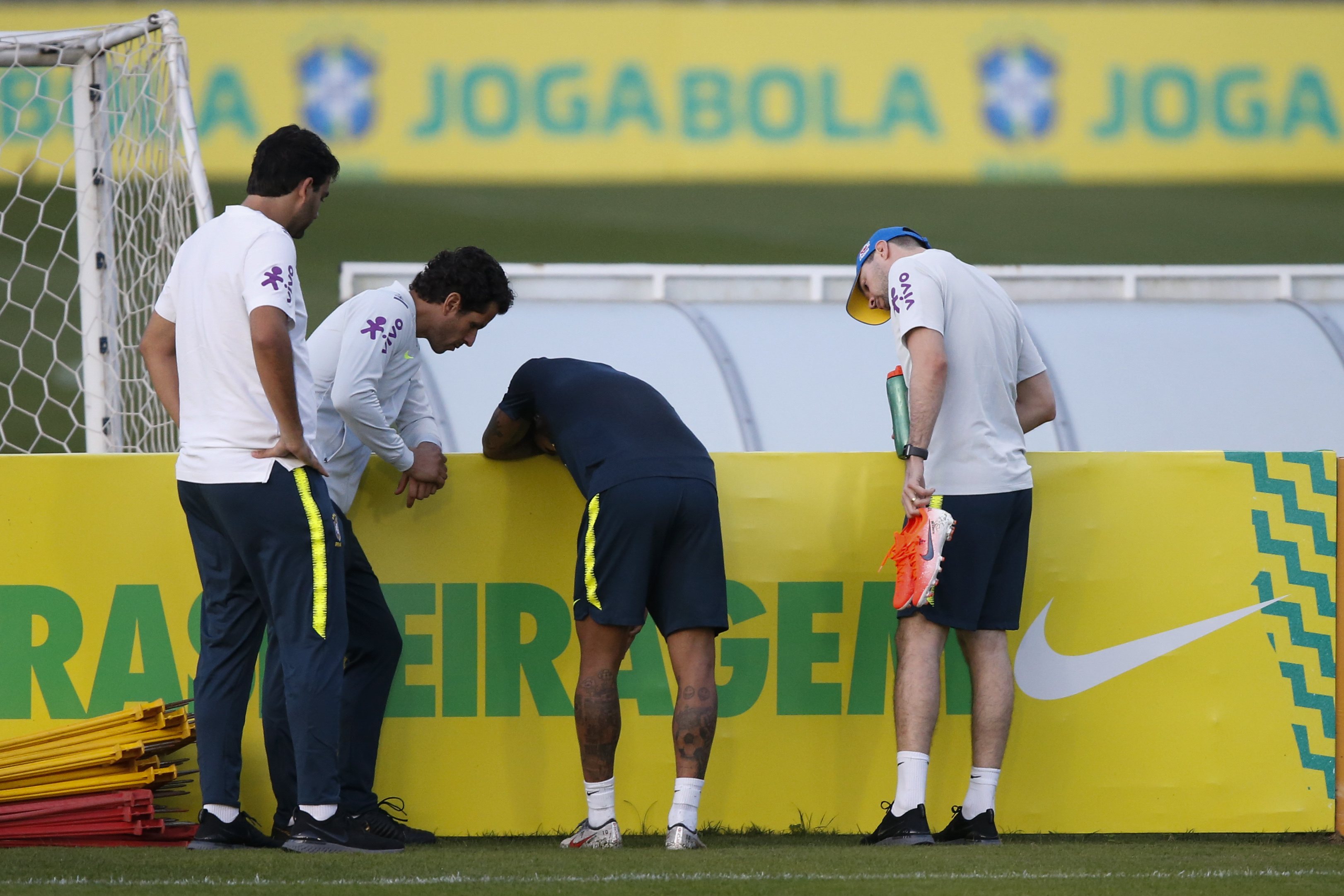 But after taking a shot the 27-year-old grabbed his left leg, wincing in pain.

He was walked off the pitch by medical staff in Teresopolis and spent a few moments slumped over an advertising hoarding.

Dani Alves and pal Neymar were goofing around between training sessions, as the pair were pictured joking around at the Granja Comary Sports Complex, where the players can eat and sleep.

The world record £198million man arrived via helicopter on Saturday as Tite ramped up preparations for the tournament they host.

But the manager has sensationally stripped him of the captain's armband, giving the honour to Alves, 36, instead.

He will fear his injury curse has returned, praying he does not have a third tournament nightmare after injury ruled him out of Brazil's World Cup in 2014.

The forward's preparations for last summer's tournament was also hampered by injury, but he did take part.

And this season has been another injury nightmare for him and he played five games for PSG before being suspended for their final two matches.

Brazil play Bolivia in the opening game of the Copa America on June 15 in Sao Paulo.

According to reports, Barcelona could try and tempt the man back who left them two years ago by swapping Philippe Coutinho or Ousmane Dembele in part-exchange. 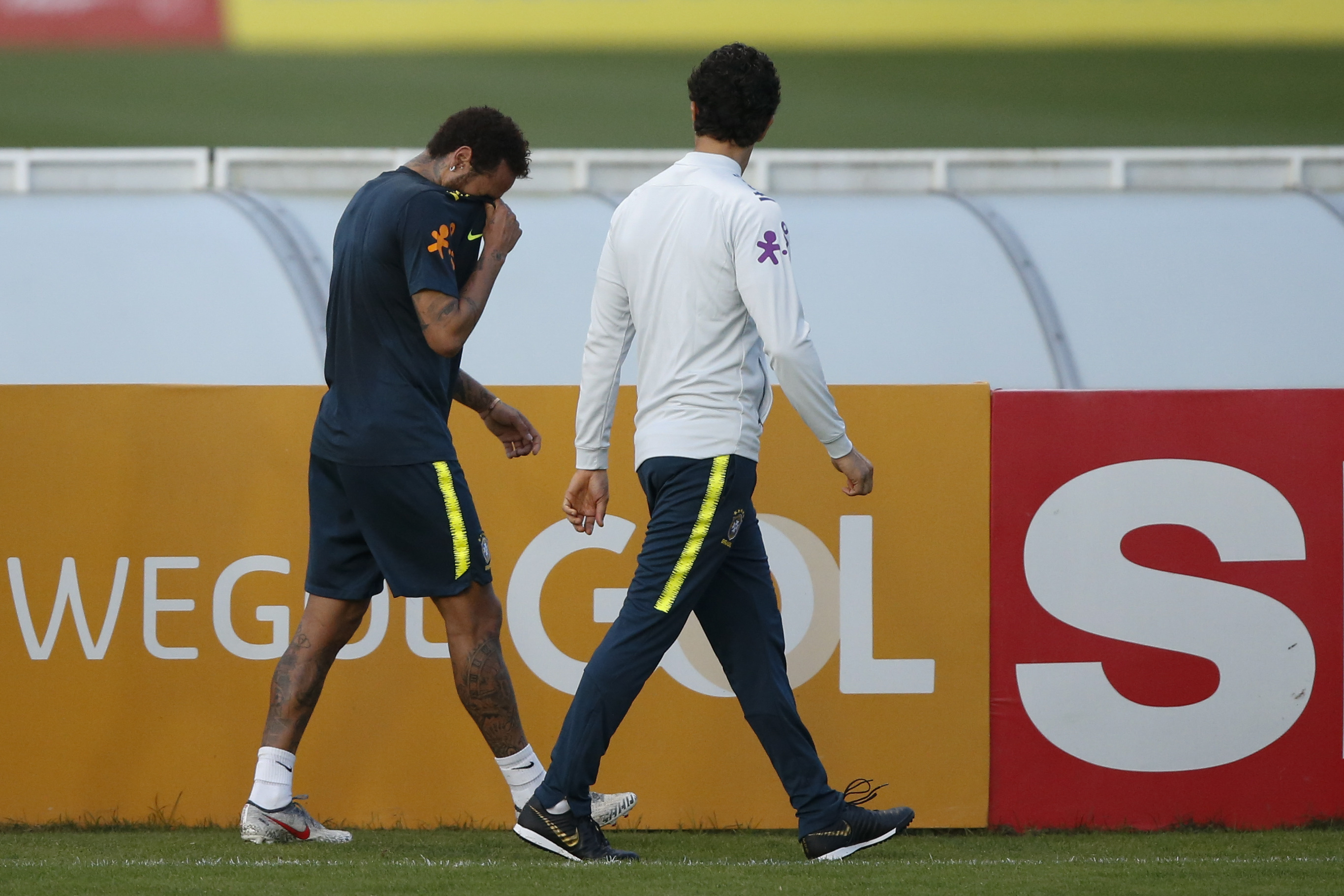 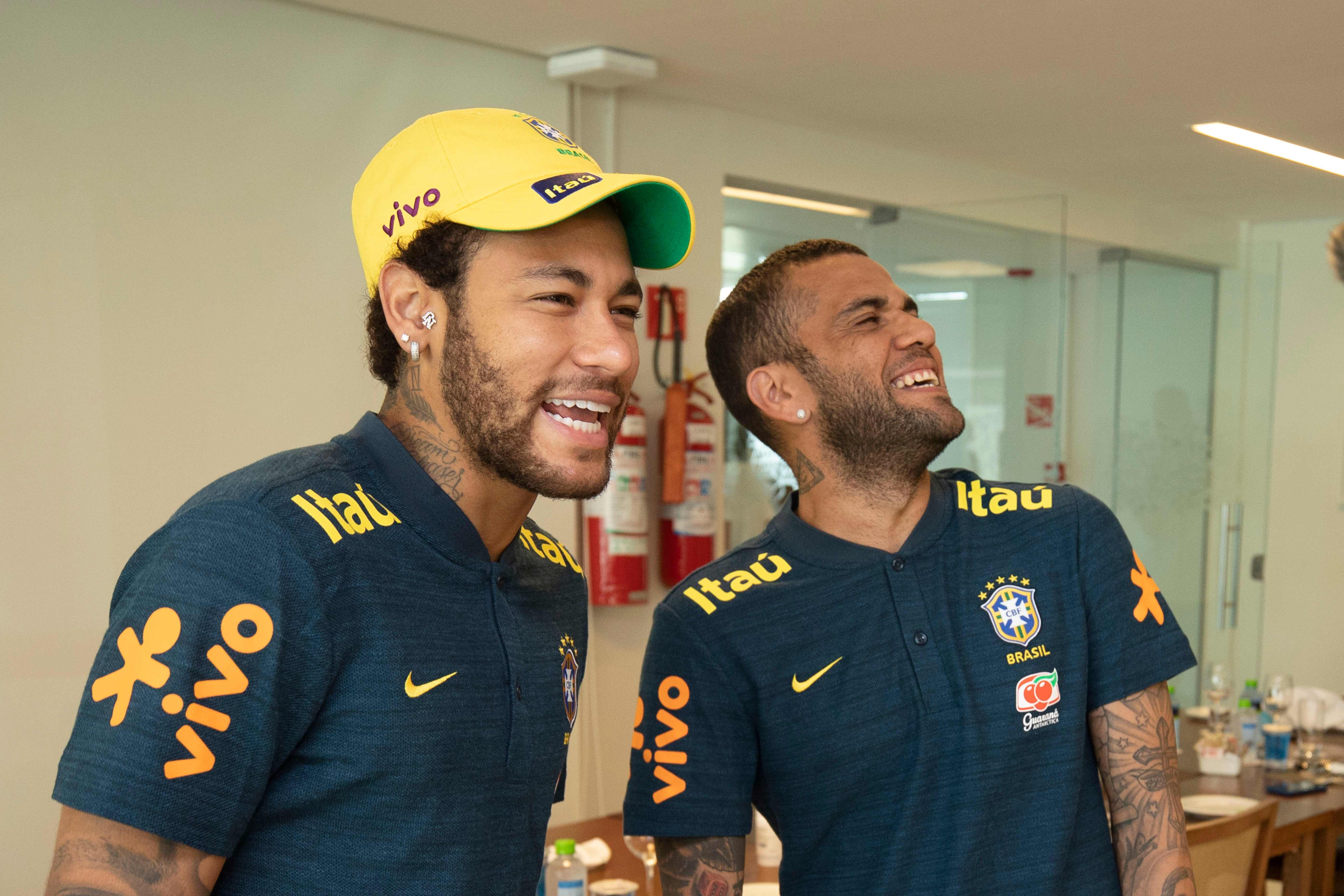