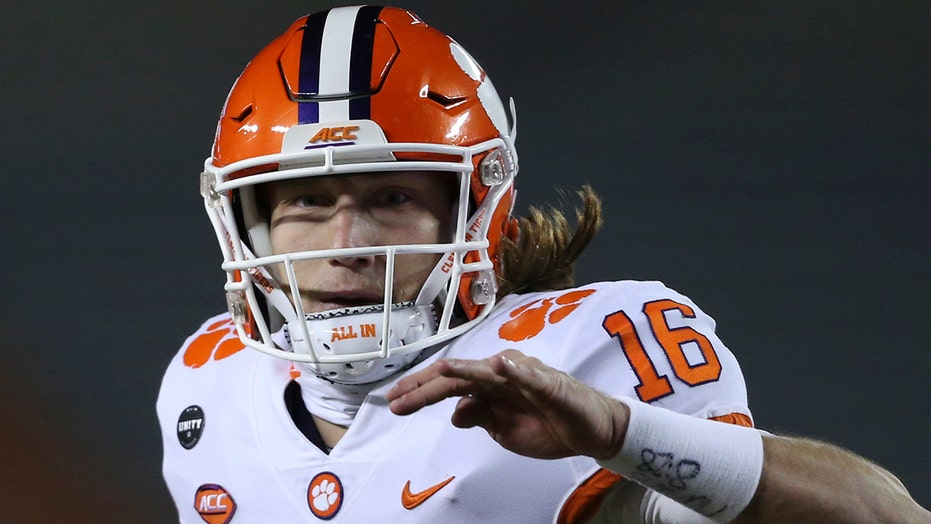 Trevor Lawrence had two touchdown runs and threw a scoring pass and No. 4 Clemson beat Virginia Tech 45-10 on Saturday to set up a rematch against No. 2 Notre Dame in the Atlantic Coast Conference championship game.

The Tigers (9-1, 8-1) ended their regular-season schedule with a chance for a sixth consecutive conference title and revenge against Notre Dame after a 47-40 loss in South Bend on Nov. 7 when Lawrence was sidelined by COVID-19.

Derion Kendrick returned a fumble 66 yards for a touchdown, and the Tigers scored off another turnover.

Virginia Tech played three quarterbacks because of injuries, turned the ball over three times and rushed for a season-low 131 yards.

Clemson: The Tigers committed to running the ball, and it paid off. They entered ranked 11th in the ACC in rushing offense, but their 238 yards were their second-most in a game this season. A rushing attack, a great quarterback, and a stout defense are a nice combination heading into postseason play.

Virginia Tech: The Hokies have played in 27 consecutive bowl games, which represents the nation’s longest active streak, but they may see that come to an end. They’ve lost four straight games and five of six, and they’ve allowed 39 points per game in their losses. Even with the NCAA waiving the six-win requirement for bowl eligibility, Virginia Tech probably hasn’t warranted being selected.

The Tigers should remain at No. 4 in The Associated Press poll and should stay in the top four of the College Football Playoff rankings.

Clemson: Vs. Notre Dame in the ACC championship came on Dec. 19 in Charlotte, North Carolina.

Virginia Tech: Hosts Virginia next Saturday in the regular-season finale.