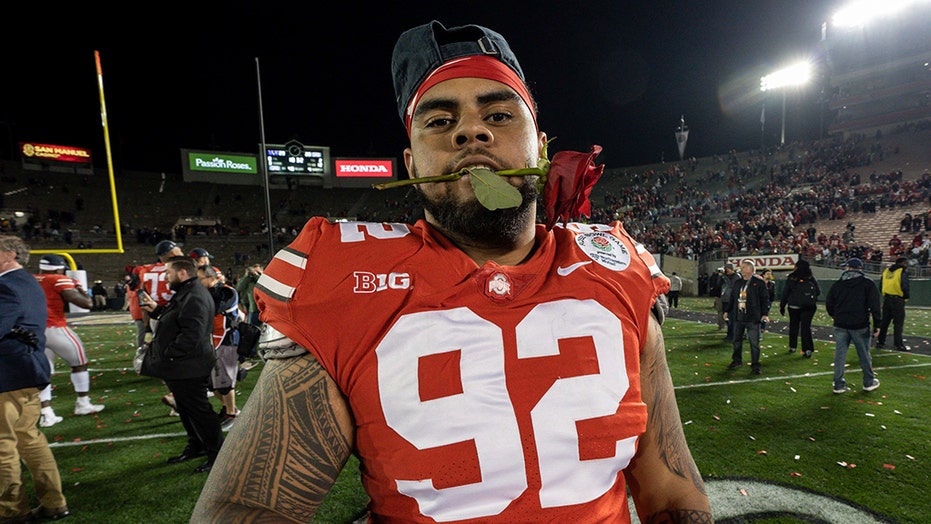 Ohio State defensive tackle Haskell Garrett was reportedly shot in the face on Sunday morning and taken to the hospital, according to Columbus police.

Garrett, who is in stable condition, was found in an apartment with a gunshot wound through both cheeks. Officers found him at approximately 12:28 a.m. after they found a trail of blood and a gun shell in the street, which led to the apartment, the police reported.

The Ohio State senior was taken to the Wexner Medical Center on the school’s campus, where he was treated for his wounds. Police are still currently investigating the situation, and they did not indicate if there was a possible suspect or motive behind the action.

Garrett, a Las Vegas native, appeared in 33 games for the Buckeyes over the last three seasons. He played in 11 games last year and was set to have a huge role on the team’s defensive line this season, but the Big Ten suspended play due to the coronavirus pandemic.