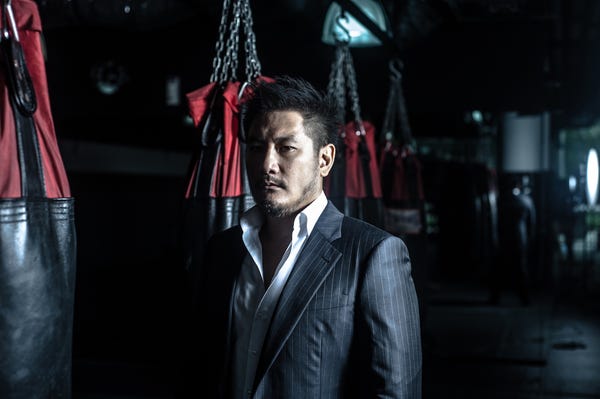 One Championship's relationship with Dominance MMA means the next Khabib Nurmagomedov or Justin Gaethje could head to Asia.

Las Vegas-based Dominance, run by Ali Abdelaziz who is one of the most powerful agents in combat sports, lists some of the greatest mixed martial artists as clients.

Nurmagomedov and Justin Gaethje feature prominently on Abdelaziz's roster, who fight in the UFC 254 main event on Saturday, October 24 at the Fight Island festival in Abu Dhabi.

Dominance has championship-caliber fighters in the UFC, the PFL, and athletes who compete in Bellator MMA.

The company has no champions in the Singapore-based fighting firm One, but that could soon change considering Abdelaziz and One Championship founder Chatri Sityodtong have forged a new alliance.

Insider spoke to Sityodtong recently and asked the One boss whether a new Nurmagomedov, Gaethje, or Harrison for the new era could head to Asia because of this partnership.

"Yeah," he said. "For me, there are three major world organizations in MMA. There's One Championship, UFC, and Bellator, and all of us are genuinely looking for the best talent on the planet.

"But it's a big world and the fact there are three global players is a good thing. It gives fans a choice, it gives athletes a choice, and yet the market is big enough that three global promotions can succeed as each has its own flavor and approach."

The partnership has links to the submission specialist Renzo Gracie

Sityodtong told Insider that the birth of the new partnership has been years in the making.

It was founded through mutual links to the sixth-degree black belt in Brazilian jiu jitsu Renzo Gracie, who was an accomplished fighter himself and a BJJ trainer for stars like Georges St. Pierre.

Gracie is listed as a Dominance client but is also a close friend of Sityodtong's. "Ali and I have known each other for 10 years because we both happen to be students of Master Renzo Gracie," he told Insider.

"Renzo Gracie is a phenomenal BJJ master and a legendary martial artist but he's a very dear friend. We speak almost every week on WhatsApp, and so when Ali and I decided to work together, Renzo was super happy. Renzo, an extraordinary soul, orchestrated this."

The benefits of the partnership work both ways, according to Sityodtong, as it means Dominance spreads its power base beyond America.

"It obviously helps Ali and Dominance establish a global reach instead of just being dominant in America. They can now branch out and be more global," Sityodtong said.

For One Championship it means potentially having access to Dominance's prospect, unsigned, or free agent fighters.

Sityodtong said Abdelaziz is one of the top managers in MMA and the relationship opens up "the Lamborghinis and Ferraris in his roster."

Sityodtong continued: "Ali is probably the most well-known manager in the sport of mixed martial arts today.

MMA, ONE Championship, ONE FC
Celebrities