Tim Paine is far from the first professional athlete to have sabotaged his own career with an iPhone. But the former Australian Test captain’s stunning fall from grace, following revelations he sent unsolicited sexual images to a woman four years ago, is a sobering reminder of how quickly a muddy digital footprint can bring down a high-profile name – or, indeed, any one of us.

Cricket alone provides a broad suite of recent examples. England have had their own pre-Ashes stumbles: on the day of his Test debut in June, Ollie Robinson apologised and was later suspended for a series of decade-old tweets that were racist and sexist in nature, which he had posted when he was a teenager.

Azeem Rafiq, the Yorkshire cricketer whose accusations sparked a crisis in the English game when he spoke out about the racism he had experienced in his career, has been dragged after the emergence of anti-Semitic messages he, too, wrote as a teen. Shane Warne, famously prolific on the text in the early 2000s, is probably lucky he didn’t face the same level of judgment as players in the modern era.

Rugby league has plenty of history when it comes to private videos involving players which were meant to stay private, but are shared in WhatsApp groups and then spread widely. Tyrone May, who was almost sent to jail for disseminating a sex tape of a woman without her consent, had his Penrith Panthers contract torn up for posting a Drake lyric on Instagram, which referred to the incident and was deemed to have “not align[ed} with the values” of the NRL.

AFL players – past, present, even one high-profile WAG – have been done in by friends who filmed them apparently consuming or in some cases even just standing near drugs. Every sport has its examples, and there are countless others strewn across the internet like landmines, just waiting to be trodden on.

The way lawyer Adair Donaldson sees it, each incident should make us stop and think about how we conduct ourselves online. “The great thing about sports is the only time we start talking about these issues is when a player gets in trouble,” he said. “Frankly, it’s fantastic. The great thing about athletes is that when something does go wrong, we’re all going to know about it, and that should make us all more vigilant with the actions we’re taking.” 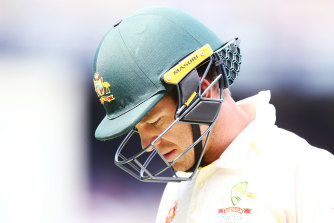 Tim Paine is not the first athlete whose career has been ruined by digital misconduct – and he won’t be the last.Credit:Getty

Donaldson is the director of Donaldson Law, a firm that specialises in assisting survivors of abuse in institutions. Since 2007 he has been working with a variety of sporting organisations to help them address matters of harassment, domestic violence and sexual consent among athletes. He sits on the NRL’s Respectful Relationships Committee, and has regularly made presentations to rookie players in pre-season on how to avoid code of conduct breaches, particularly when it comes to social media.

“[Rule] number one – the net does not forget. Once you put it out there, it’s out there,” he said. “Issues with respect to the use of mobile phones and social media aren’t new. They have become more and more of a career killer.

“When we’re giving presentations to the athletes, we say you’ve got to be incredibly cautious about what you are putting into a WhatsApp group, what you are direct messaging to your friends because if that comes to light, we know the sporting organisations will treat that the same way as if they put it onto a public domain.”

Donaldson believes rugby league is Australia’s best employer when it comes to education on these issues. “Sometimes when athletes are getting involved in incidents, I shake my head and say, ‘they can’t claim ignorance. They can’t claim they didn’t know.’ Of course they bloody knew,” he said. “This has been front and centre, a major issue that’s been out there for the last 10 years, easily.” 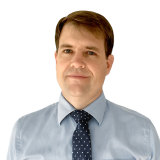 Today’s athletes – a generation of digital natives who are all but physically attached to their phones and carefully curate their social media accounts – have no excuse, according to sports publicist Pete Fairbairn, who would also teach first-year players what to do, and what not to do, in his previous capacity at the Rugby Union Players’ Association.

“The overwhelming message we always reiterated – we led with, we finished with – was: imagine how this would appear if it was on the front of a newspaper?” he said. “Unfortunately there is extra scrutiny, just like there is on a politician or musician or somebody in a senior business position – that comes with the territory with the profession you’ve chosen. If you don’t do the wrong thing, nobody can catch you doing the wrong thing.”

In the cases of Robinson and Rafiq, their comments as teenagers have been judged according to the standards of the professional athletes they are today, and whether their opinions have changed has no bearing on the public reaction. “I think we’re asking a lot. The pathway they’re expected to tread is very narrow,” said Dr Geoff Dickson, an associate professor of sports management at La Trobe University.

“We’re in an unforgiving world. I sat there and watched the last 45 minutes of the AFL draft and you look at all these guys, the most exciting night of their life, they’re all fine young men – but you think, jeez, there’s one of them that’s got something in the closet, so to speak, that three or four years down the track you might consider to be conduct unbecoming of an AFL player. There but for the grace of God go all of us.”

It’s one of the many reasons why, particularly across the United States and Europe, top-earning athletes are paying social media experts to handle their accounts, post updates and trawl through their history to erase any hint of a possible scandal. Fairbairn said such services are increasingly in demand here in Australia, while he also recommends all people – not just athletes – should conduct a semi-regular audit of their internet presence.

Donaldson is adamant that athletes like Paine are not being harshly dealt with, pointing to similar instances in the legal industry, teaching, and even the Australian Defence Force where old private messages or social media posts have destroyed livelihoods. “Some people will say it’s unfair that sports players have such a broad range of codes of conduct – they shouldn’t feel as if they’re being unfairly treated because nearly every employer in the land now has a code of conduct. Every school, every university has a code of conduct,” he said.

“I suppose it’s a sign of the times and the way the law is heading, and that we all need to be aware of this.”

Sports news, results and expert commentary. Sign up for our Sport newsletter