Home » Sport » Panthers' Cam Newton on passionate outburst on first TD: 'This time last week I was eating a bowl of cereal'

Panthers' Cam Newton on passionate outburst on first TD: 'This time last week I was eating a bowl of cereal' 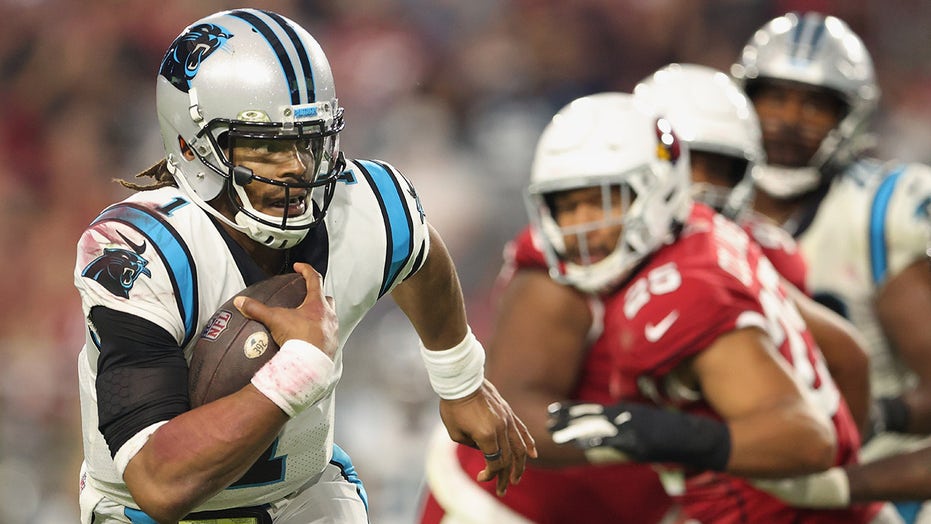 It didn’t take long for Cam Newton to make an impact with the Carolina Panthers on Sunday.

Newton ran for a touchdown as he appeared in a goal-line package against the Arizona Cardinals. After crossing into the end zone, Newton yelled “I’m back!” He explained to reporters why he had such a passionate outburst upon scoring his first touchdown for the Panthers since 2018. He was penalized for unsportsmanlike conduct. 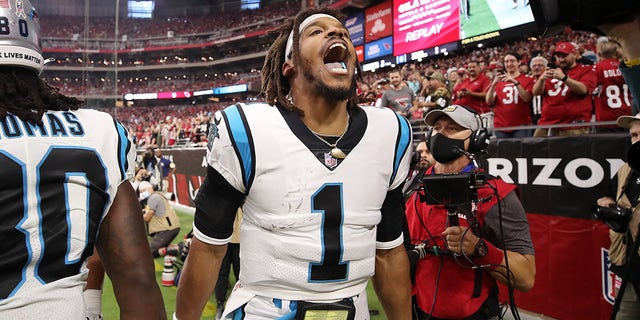 Cam Newton #1 of the Carolina Panthers reacts after scoring on a rushing touchdown against the Arizona Cardinals in the first quarter at State Farm Stadium on Nov. 14, 2021 in Glendale, Arizona.
(Christian Petersen/Getty Images) 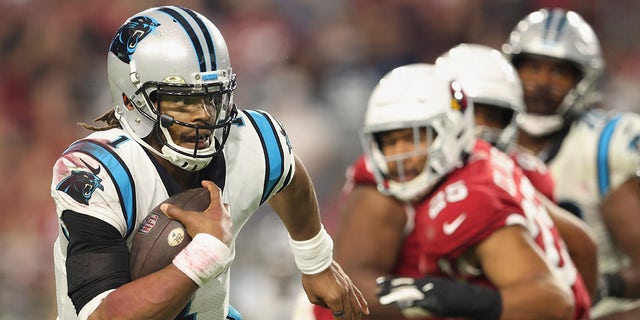 Quarterback Cam Newton #1 of the Carolina Panthers scrambles with the football against the Arizona Cardinals during the fourth quarter of the NFL game at State Farm Stadium on Nov. 14, 2021 in Glendale, Arizona. The Panthers defeated the Cardinals 34-10.
(Christian Petersen/Getty Images)

In his first opportunity, Newton lined up in the shotgun formation from the Cardinals’ 2-yard line. He rolled to his right and barreled his way into the end zone for the Panthers touchdown.

Not too much longer after the first touchdown, Newton got his hands into the scoring again. This time, he dropped back to pass and found Robby Anderson in the end zone.

It was Newton’s first touchdowns as a member of the Panthers since the 2018 season. He only played in two games in 2019 before being lost for the season due to injury. He didn’t score in either of the first two games of the 2019 season. 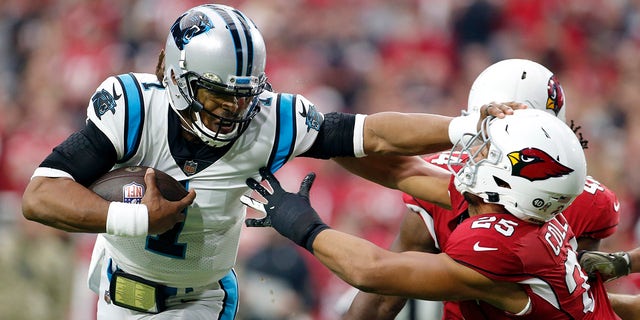 He last scored for the Panthers on Dec. 2, 2018, against the Tampa Bay Buccaneers. He had two touchdown passes.