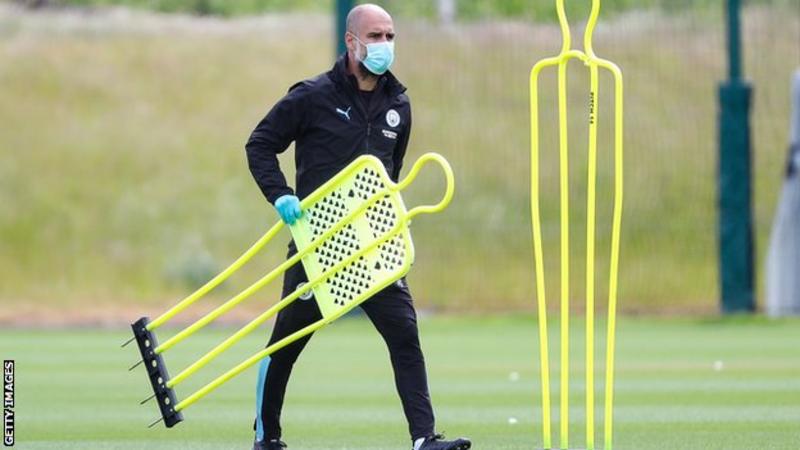 Manchester City manager Pep Guardiola says it has been a “difficult time” following the death of his mother Dolores of coronavirus in early April.

Guardiola was in Spain when his mother passed away.

“What I live personally is the same as everyone lives. There is nothing different,” said Guardiola.

“All the people we lost are important to their families. That is why we have the families to be together, to be strong.”

He added: “For all the people who lost very important members of their families or real friends, it has been a difficult time.”

City return to action at home to Arsenal on Wednesday (20:15 BST).

It was this fixture on 11 March that became the first Premier League casualty of coronavirus. It was postponed after it became apparent some Arsenal players may have been infected around a Europa League game against Olympiakos the previous week.

In the build-up to that game, Guardiola said he was not in favour of playing matches without spectators.

“In that moment, when I made that comment, nobody expected what happened, not even the doctors” he said.

“The best scientists in the world didn’t expect what happened in this situation.

“The health of the people is important but at the end, the Premier League, like in Spain, decide we have to play and we are going to play.

“The players are human. They are going to adapt as quickly as possible.”

City will wear a different shirt, with the words ‘Cityzens Giving for Recovery’ on it as part of a campaign to raise £1m for coronavirus relief through parent company, City Football Group.