A horrific incident at Petco Park over the weekend was being described by police as “suspicious” as the San Diego Padres played their final game at the stadium on Sunday.

A woman and a child fell to their deaths on Saturday moments before the Padres were about to play the Atlanta Braves. San Diego police said an investigation was ongoing into their deaths but noted that it “appeared to be suspicious,” according to the San Diego Union-Tribune. 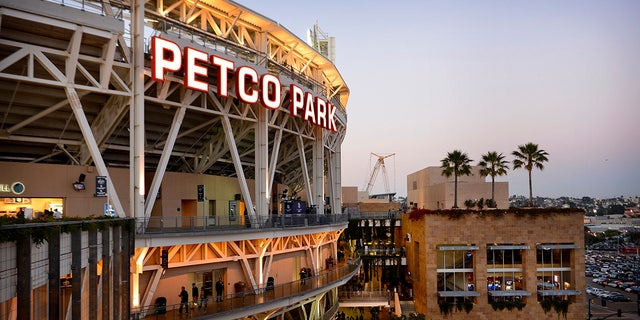 “Our hearts obviously go out to the family, but also to the people who here could potentially be traumatized who saw this,” Lt. Andra Brown said Saturday, via the newspaper. “It’s a horrible, horrible thing. That’s why we’re giving it a very serious look.”

Brown said police are still speaking with the father of the child. She said he was not married to the woman who died, according to CBS 8.

Police kept the area shut down Sunday as they continue to investigate, according to FOX 5 San Diego.

Fans who came to the ballpark for the final home game of the season were perplexed to learn of the deaths.

“My heart goes out to the families. What a tragic, tragic situation,” Padres fan Jim Rouse told FOX 5 San Diego.

Dennis Bates, another fan, told CBS 8: “It makes me sad. That should have never happened. It was a waste of life. I heard she tried to save her son, but how can a son fall over a rail? It seems impossible.”

Police were hoping for any witnesses to the incident to come forward. The Padres said they were not commenting further other than offering their thoughts and prayers, citing an ongoing investigation.