PARIS SAINT-GERMAIN and Istanbul Basaksehir wore 'No to racism' t-shirts ahead of their rescheduled Champions League clash.

The French giants went on to win the match 5-1 after a hat-trick from Neymar and a record-breaking double by Kylian Mbappe. 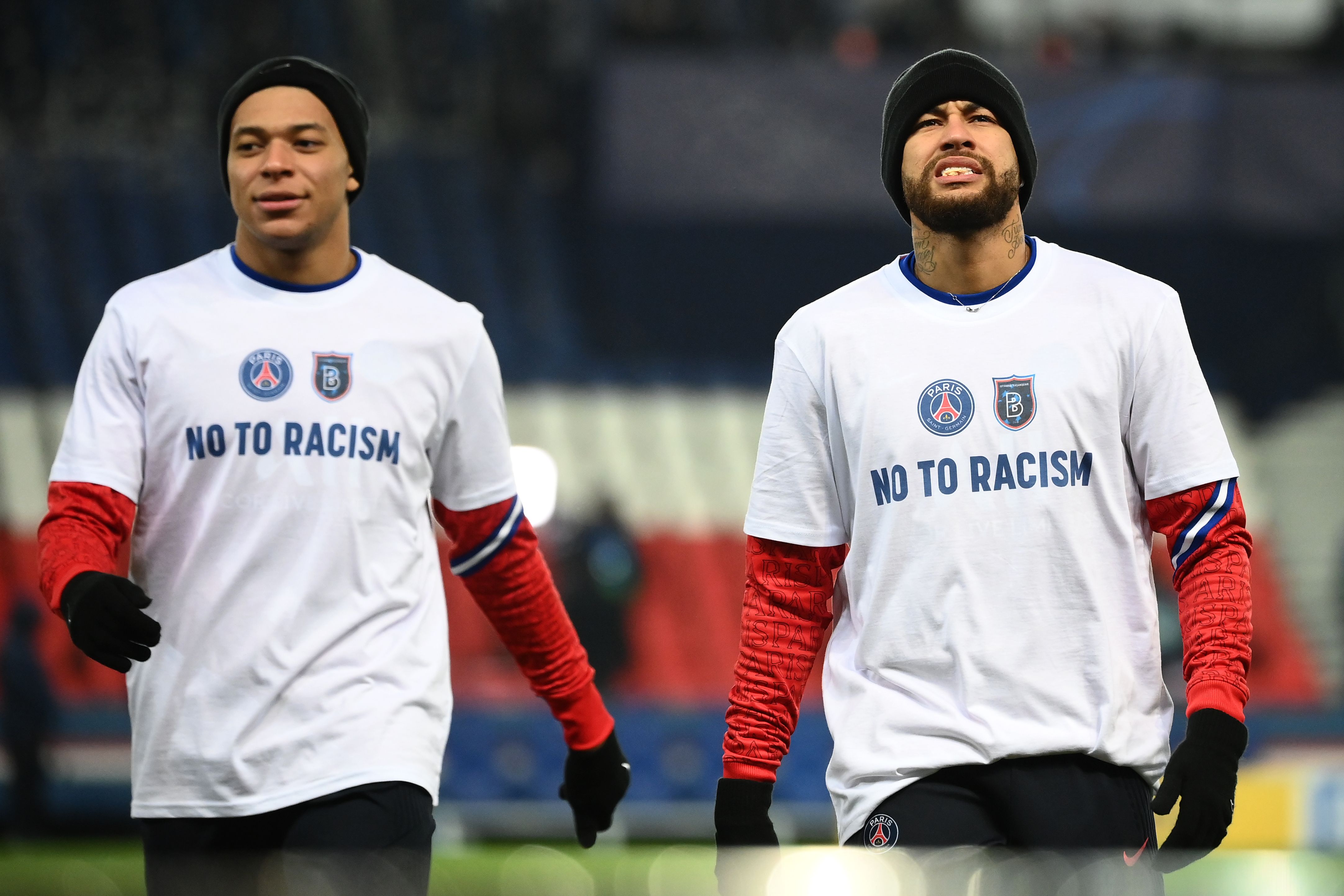 Tuesday's game was abandoned at 0-0 when players from both teams walked off the field in solidarity.

But the group stage clash continued where it left off on Wednesday evening.

Players from both teams warmed up on the pitch while wearing 'No to racism' t-shirts.

And both squads took a knee around the centre circle in an anti-racism message before kick-off.

After just 21 minutes, Neymar put the Ligue 1 giants ahead with a stunning strike.

The Brazilian knocked the ball through the legs of Carlos Ponck and struck his effort into the top corner.

He doubled his tally in the 38th minute before Mbappe scored to break a record set by Lionel Messi. 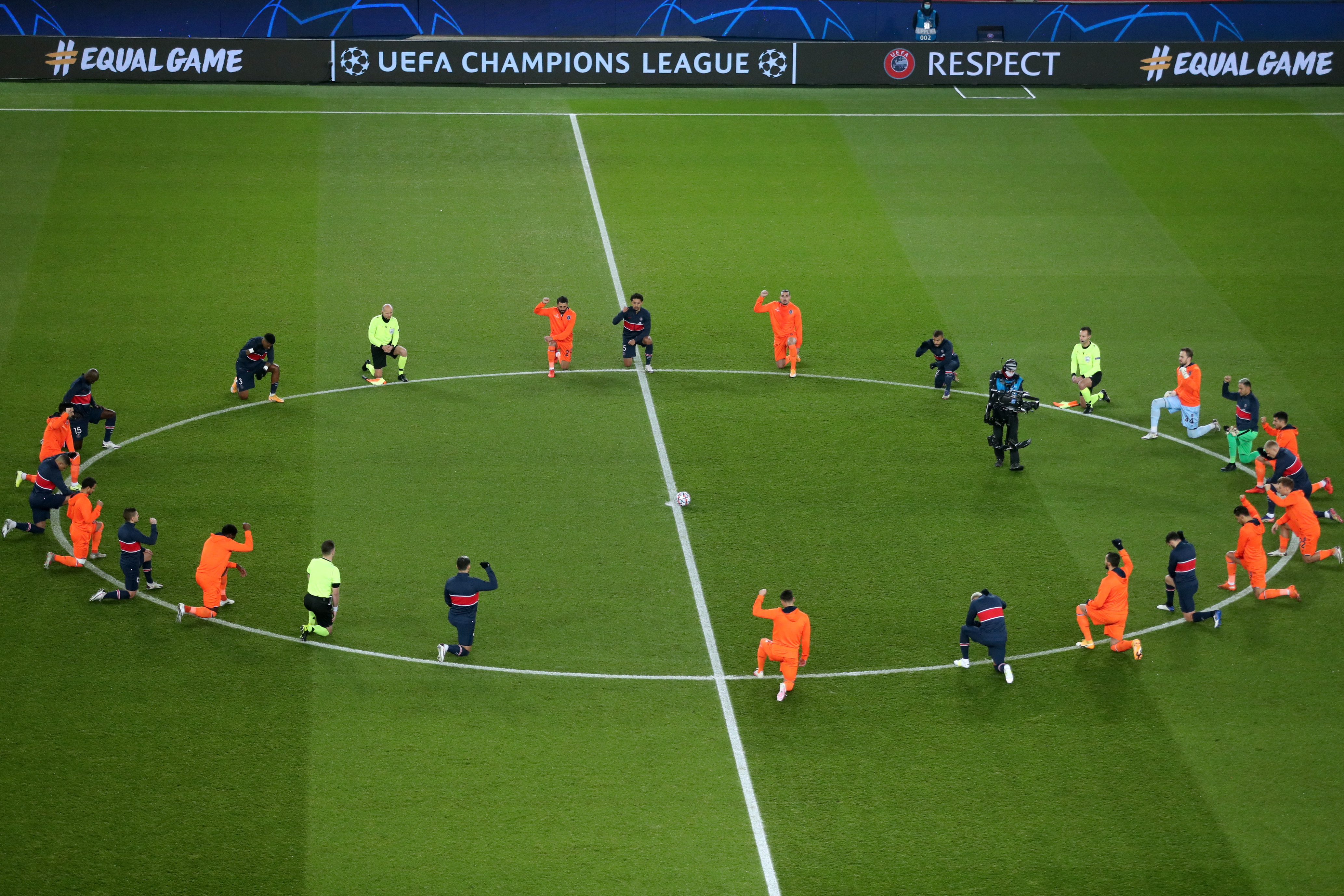 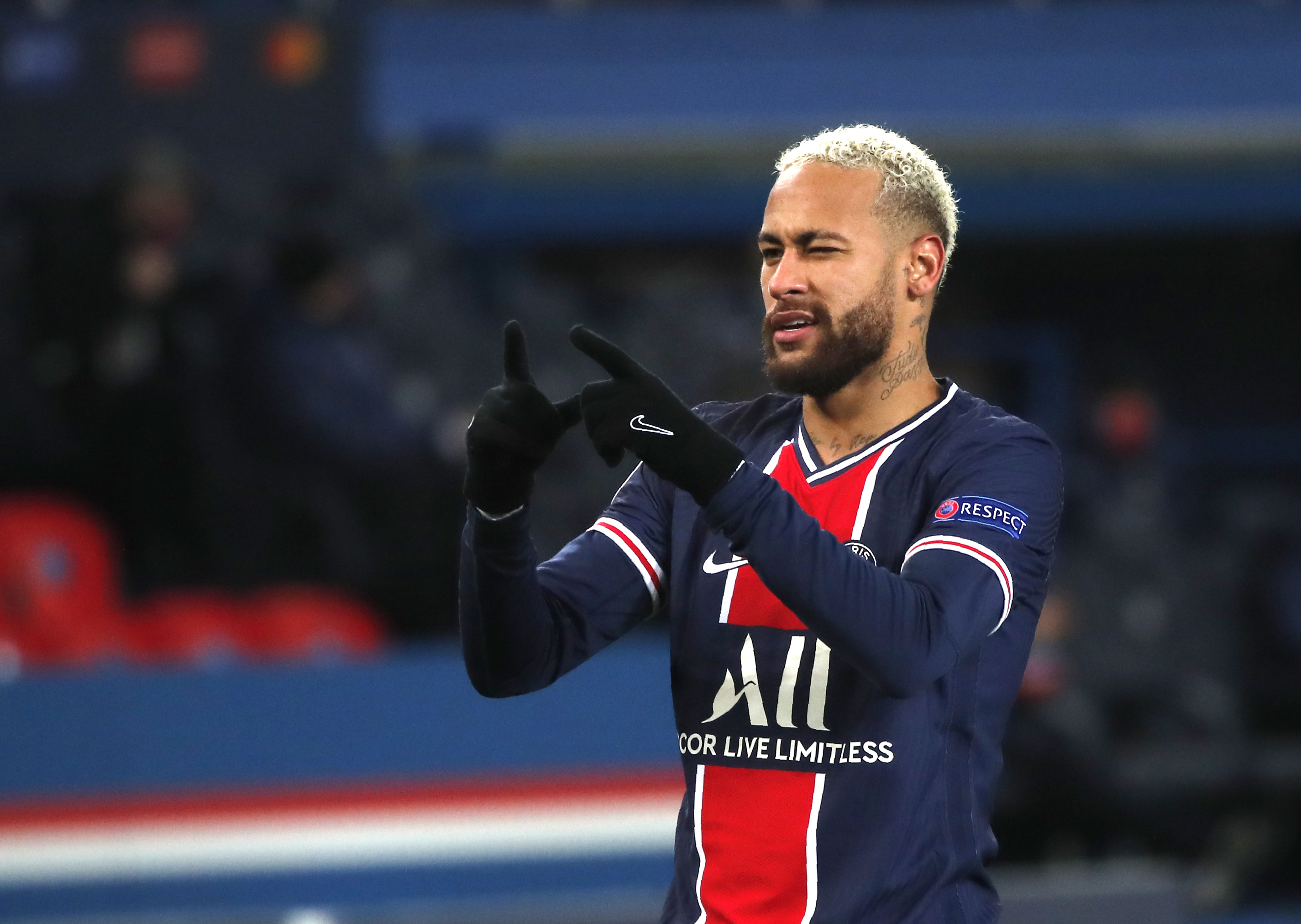 He passed the Argentine to become the youngest player ever to reach 20 Champions League goals.

Neymar then completed his hat-trick in the second half, which is his third in the competition.

Only Messi and Cristiano Ronaldo have scored more Champions League hat-tricks than him.

Mehmet Topal then pulled one back for Turkish side, but it was too little too late.

Mbappe put PSG back in cruise control as he made it 5-2 from the penalty spot. 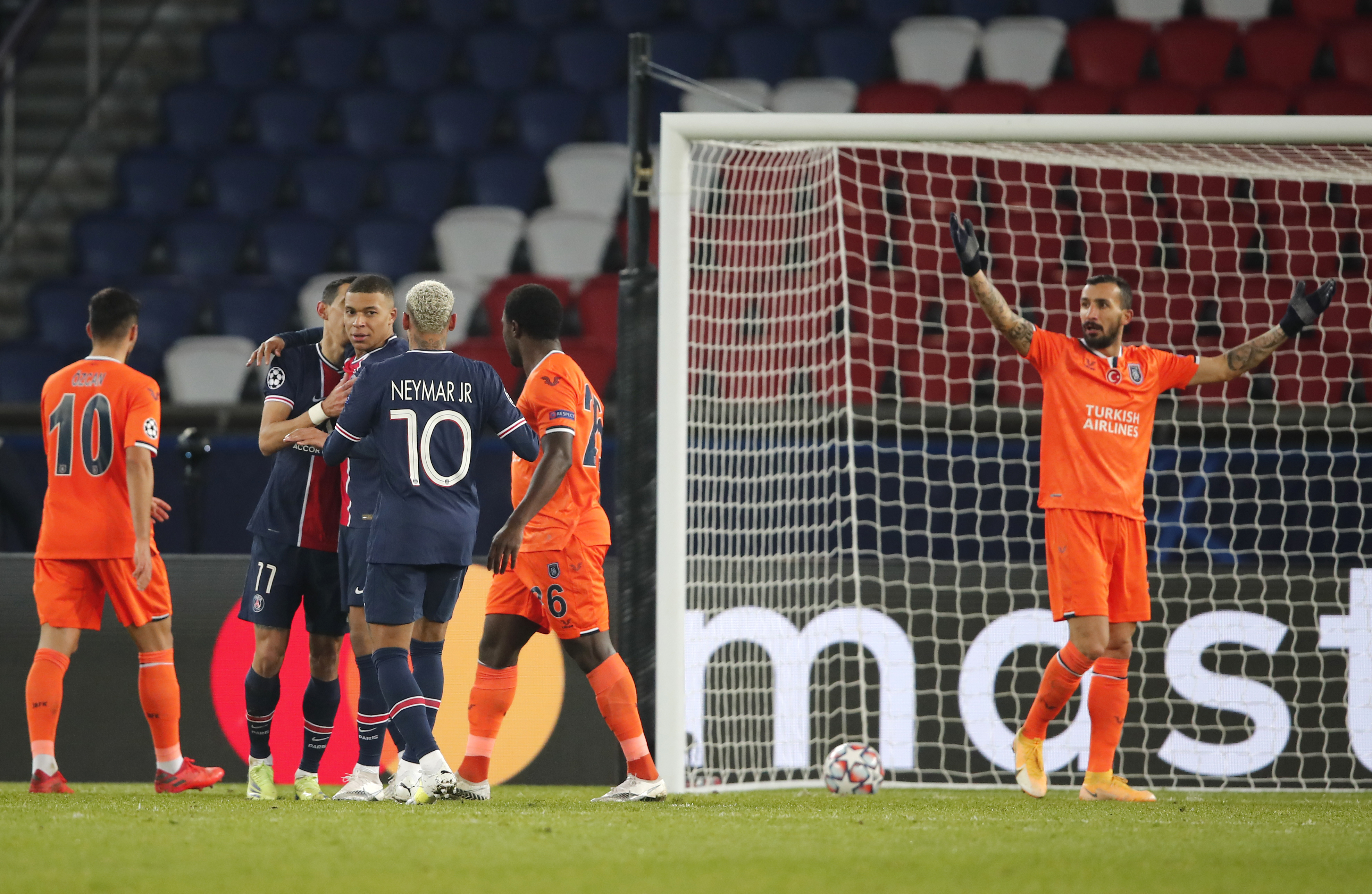 an, and, Basaksehir, In, PSG, Unite
Celebrities