RAFA BENITEZ has revealed he could not stay at Newcastle as long as hated owner Mike Ashley was in charge.

The former Newcastle manager, whose three-year contract expired yesterday, insists he was desperate to renew his deal at St James' Park but only if the Sports Direct tycoon matched his ambition.

Toon announced last Monday that he would be leaving – claiming it had "not been possible to reach an agreement".

Benitez today said in a statement: "I wanted to stay, but I didn't just want to sign an extended contract, I wanted to be part of a project.

"Unfortunately, it became increasingly clear to me that those at the top of the club did not share the same vision.

"I'm very sad about that, but I do not regret for one moment my decision to come to Tyneside and I'm very proud about what we achieved together."

Benitez, 59, worked on a severely limited budget at Newcastle and wanted much more say over transfers.

But he still managed to win promotion to the Premier League in his first full season in charge, and finish 10th and 13th in his final two campaigns.

He is also thought to be fuming at claims Ashley KO'd talks as potential new owner Sheikh Khaled bin Zayed Al Nahyan, did not want him in charge.

But despite his unceremonious exit from the club, he has poured his heart out to fans who were desperate for him to stay.

"I wanted to stay… but those at the top did not share the same vision."

He said: "Dear NUFC fans, thank you for three fantastic, exciting and, at times, challenging years.
"What we have had here – your support, your affection and your passion – has been unbelievable for me.

"St James' Park has been always especial, the 5-1 win against Tottenham, 15-05-2016, was so emotional that since that day I have always felt as though I belonged at Newcastle and I thank you for making me feel so welcome and at home.
"Thank you to everyone at the club who has helped the team and of course to the fine players who grew and fought with us and to the staff (one of the best I have ever shared time with).

"From winning the Championship, to our two seasons in the Premier League, fans, staff and players have all been United.

"I will always have you in my heart. Best of luck for the future.

Benitez is expected to take up a £12million-a-year offer to manage Dalian Yifang in China.

Newcastle will step up their search for a new boss this week now Benitez has officially left, with Nice boss Patrick Vieira and Manchester City No 2 Mikel Arteta both contenders.

Toon fans are still furious at Benitez’s exit and have called for a boycott of home games in the new season.

“If fans want change, and a future for the club, action must be taken.

“We are urging fans to boycott St James’ Park, club merchandise and all businesses that are associated with the club until he leaves.” 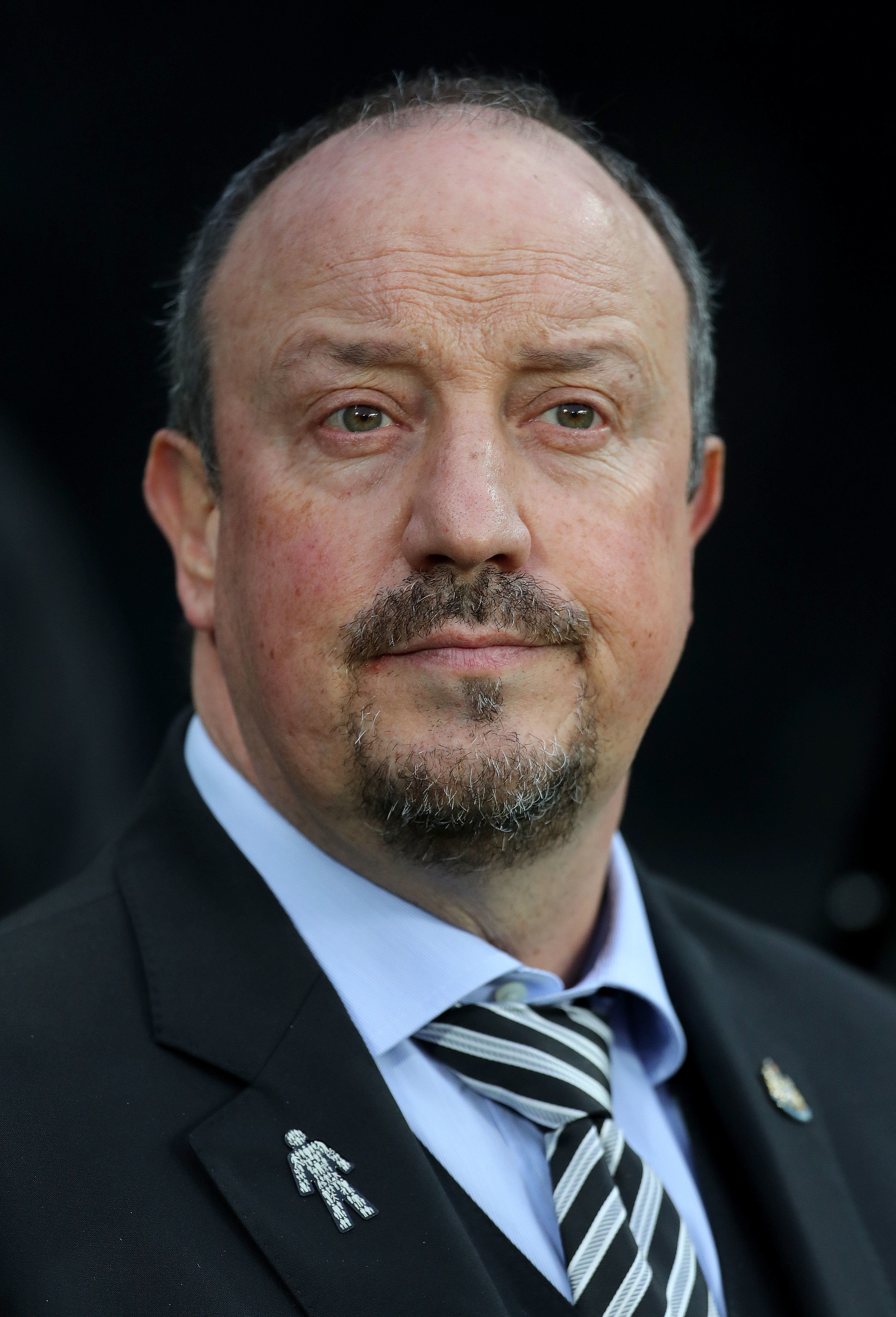 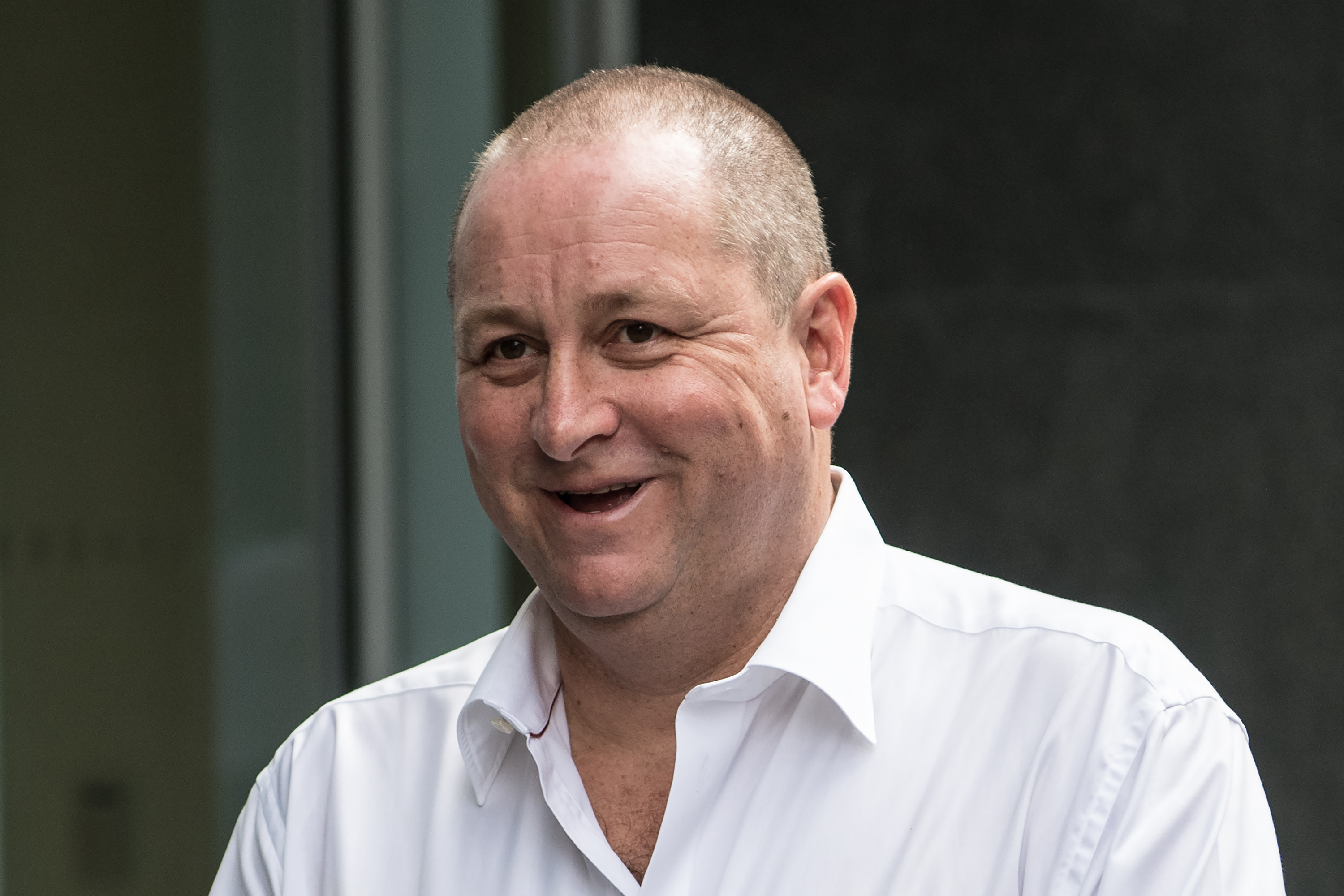 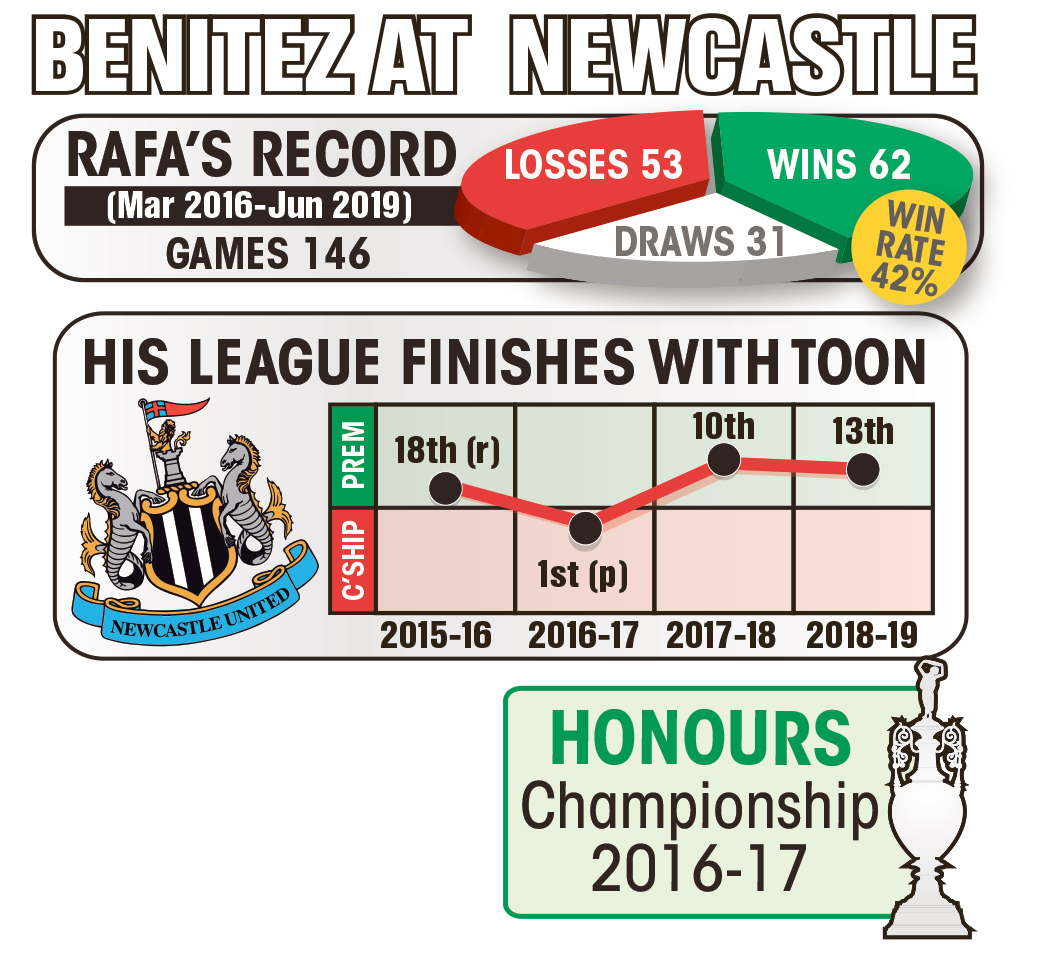 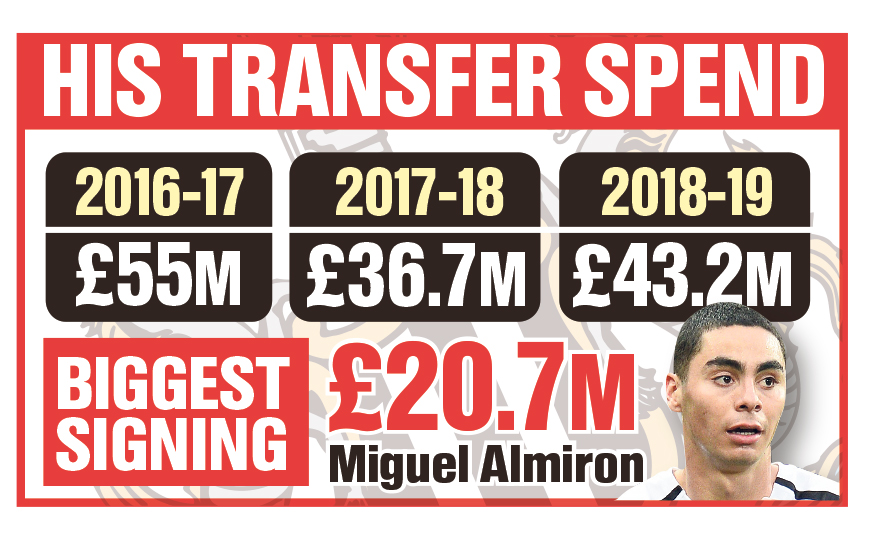