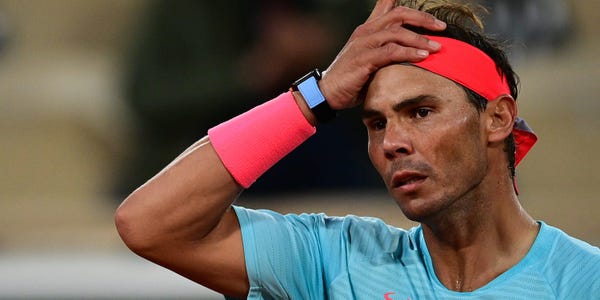 As Rafael Nadal goes for his 13th French Open title and his record-tying 20th Grand Slam, he is sporting an eye-popping watch.

According to Haute Time, Nadal is wearing a custom-made Richard Mille watch called the RM 27-04 Tourbillon Rafael Nadal. The watch costs $1,000,500, and there are only 50 of them available.

The watch's face looks like a tennis racquet. The whole watch weighs just over 1 ounce, according to Haute Time.

Nadal has worn the watch during real matches and practice matches at the French Open.

Tennis stars have worn expensive watches during matches before. For instance, Serena Williams, Stan Wawrinka, and Naomi Osaka have all worn watches that cost tens of thousands during tournaments.