FURIOUS Jordi Alba reportedly called the referee a 'b******' in an explosive rant during Barcelona's defeat to Juventus on Tuesday night.

The left-back was furious in the first half after former Arsenal man Aaron Ramsey brought down Frenkie de Jong. 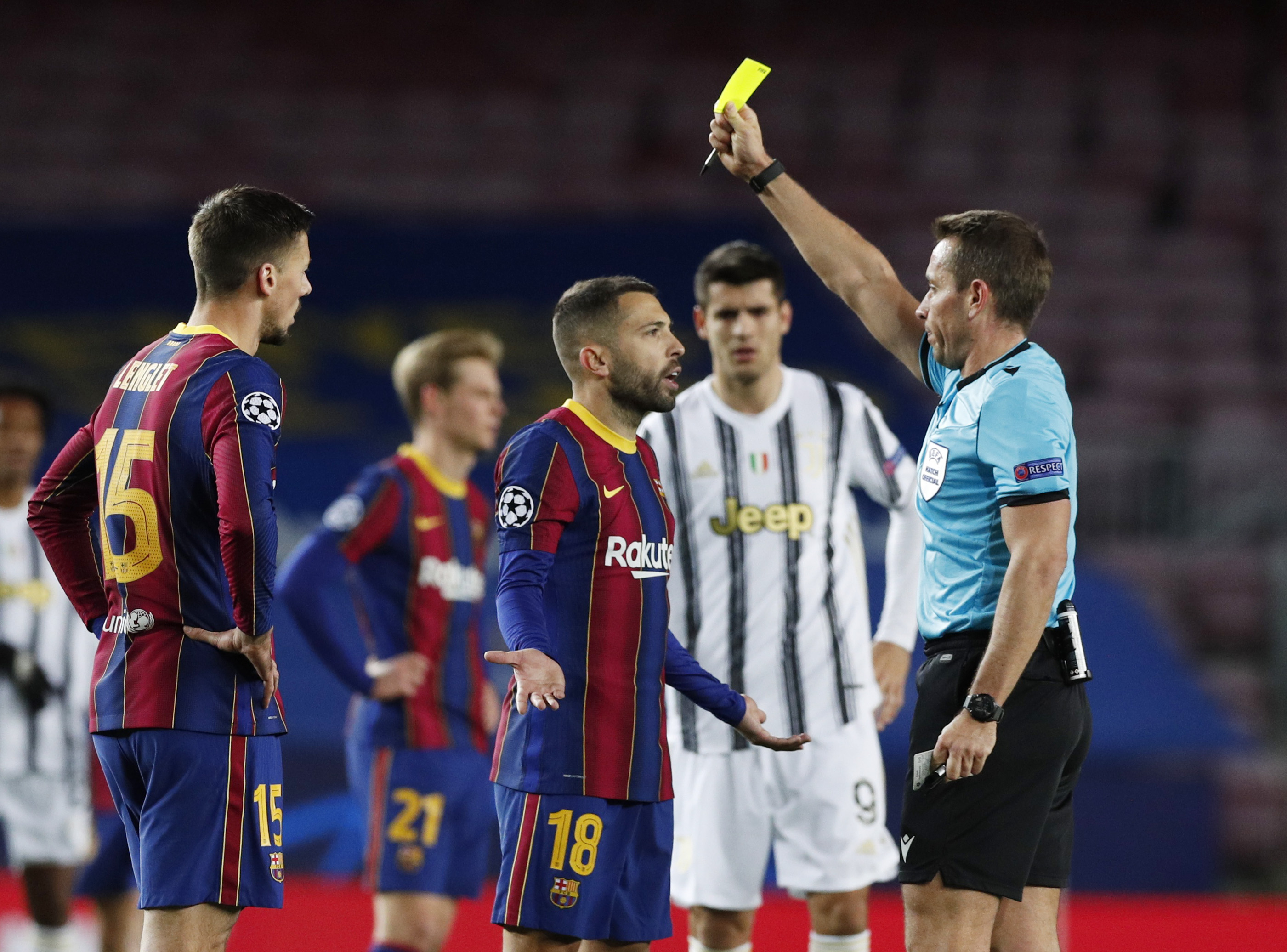 Ramsey committed a cynical foul on the Dutchman after 27 minutes of the Champions League clash at the Nou Camp and Alba was not happy.

He confronted German referee Tobias Stieler and – according to AS – said: "How bad are you you b******?

"You have good friends in Italy?"

The game – which finished 3-0 to Juventus – was an ill tempered affair.

Paulo Dybala was pictured taunting and laughing at Barca boss Ronald Koeman after the Dutchman told the Juve bench to 'shut up'.

And Koeman did not react kindly.

Footage shows the angry ex-Everton boss approaching the subs and gesticulating before his path is blocked by a Juve coach.

And rather than stop or sit down, Dybala and his team-mate proceed to laugh and taunt the 57-year-old.

Cristiano Ronaldo scored two penalties in the game and the opener was the first ever goal he had scored against Lionel Messi in the Champions League.

And after the game, the 35-year-old revealed he never saw the Argentine as his rival.

Earlier today, it emerged Bayern Munich are said to be in talks with De Jong's agent over a shock Nou Camp exit.