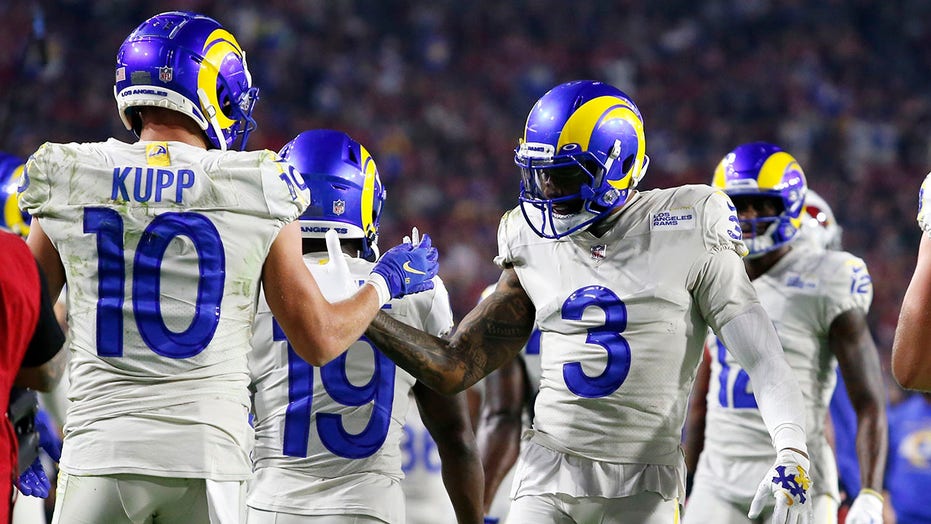 There were 37 positive tests among players Monday, and the Kansas City Chiefs placed one key player in the health and safety protocols each day with a crucial AFC West matchup against the Los Angeles Chargers looming Thursday.

Beckham was among nine Rams players to go on the COVID-19 list Tuesday, pushing that club’s total to 13, while Cleveland is now dealing with its second major outbreak of the season. Receiver Jarvis Landry was among eight Browns players added to the list, putting their total at 11. Cleveland plays the Las Vegas Raiders at home Saturday.

“We’ll get our work in,” Browns coach Kevin Stefanski said. “That’s what we do. We’ve done it before.”

The Rams are home against Seattle on Sunday after beating NFC West-leading Arizona on Monday night. Cornerback Jalen Ramsey missed the 30-23 victory over the Cardinals after being placed in the protocols hours before kickoff. Beckham had a TD catch in the win.

Two-time Pro Bowl defensive tackle Chris Jones of the Chiefs was placed in the COVID-19 protocol a day after receiver Josh Gordon tested positive. Coach Andy Reid wasn’t sure whether either player will be available against the Chargers.

The league’s worst outbreak comes just as it was distributing a memo, a copy of which was obtained by The Associated Press, that set a deadline of Dec. 27 for coaches, front-office staff and team personnel to receive a booster shot in order to still be considered fully vaccinated.

The mandate doesn’t apply to players because discussions with the NFL Players Association are ongoing.

“I’ve done it,” Reid said of receiving the booster shot. “I always let the guys know where I’m at with it. It’s not because I’m old, but because with the numbers out there the booster seems to be helping.”

Landry was joined on Cleveland’s list by tight end Austin Hooper and starting offensive linemen Wyatt Teller and Jedrick Wills Jr. Defensive end Takk McKinley was also placed on the list with backup guard Drew Forbes, who is on injured reserve, as well as receiver/returner JoJo Natson and tight end Ross Travis from the practice squad.

The Rams also got a player back from the protocols in tight end Tyler Higbee.

Carolina running back Christian McCaffrey, out for the season with an ankle injury, joined the COVID-19 list, as did backup Baltimore offensive lineman Trystan Colon. Tennessee receiver Dez Fitzpatrick also joined the list.