SERGIO RAMOS made amends for a shocking first-half miss with a late Panenka penalty to snatch three points for Real Madrid in Seville.

The Real captain kept a cool head from the spot after a dubious handball decision against Marc Bartra in the 82nd minute left 10-man Betis heartbroken. 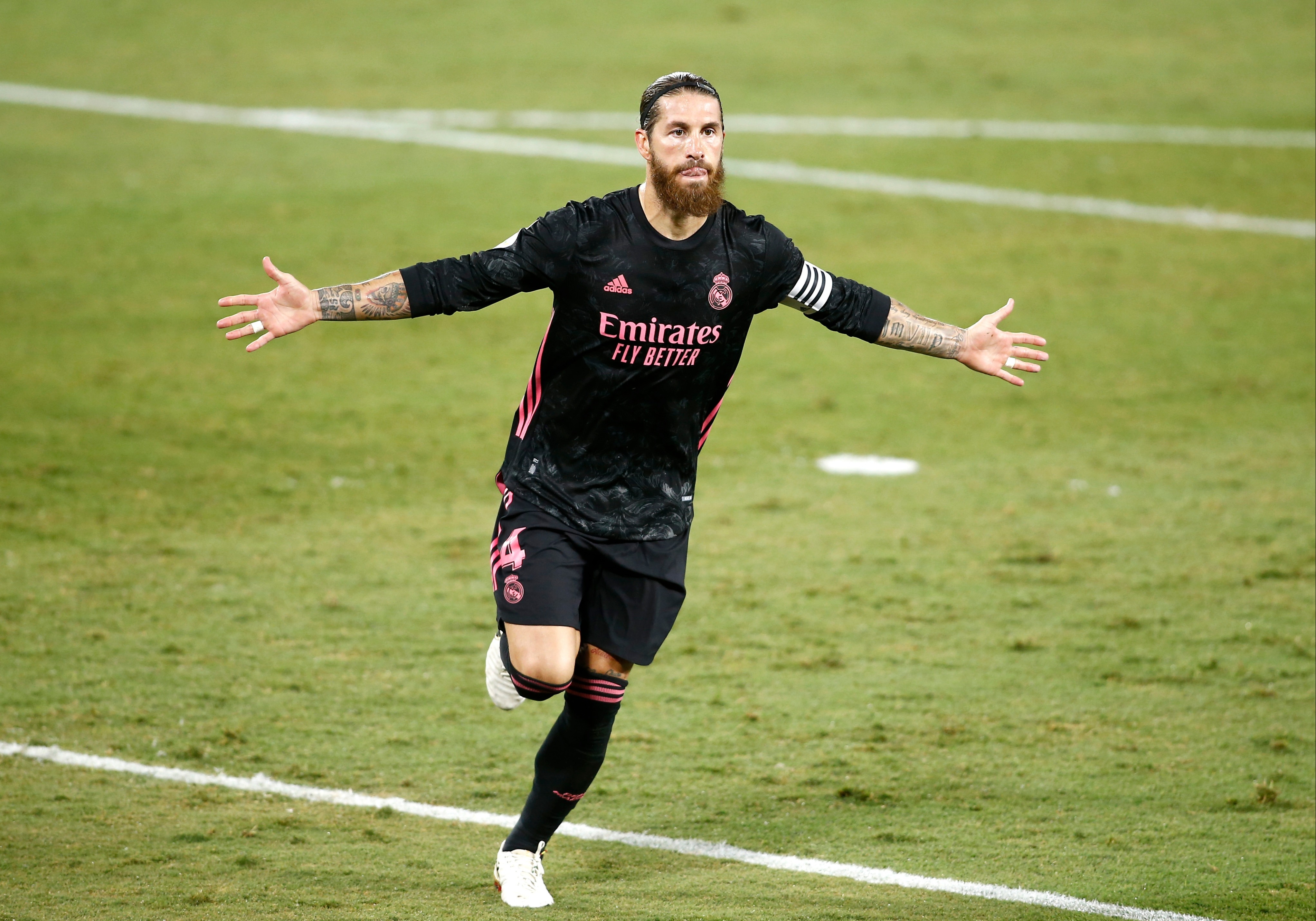 Ramos missed a sitter in the first half when he volleyed wide from six yards with the goal at his mercy and the champions were forced to come from behind at half-time.

It was a much-needed win for the champions after their dire 0-0 draw at Real Sociedad to start their title defence last weekend.

It seemed to be going to script for Zinedine Zidane’s men early on when Federico Valverde turned home Karim Benzema’s low cross at the near post in the 14th minute.

And that was after the Frenchman had an early goal of his own chalked off when he was offside from Ferland Mendy’s cross.

But Madrid went from looking in control to being caught sleeping and were made to pay in devastating fashion.

And that was followed moments later with William Carvalho’s low shot catching out Thibaut Courtois at his near post to put the home side ahead.

The Belgian goalkeeper had earlier pulled off a miraculous save to deny Pablo Sarabia with his header from six yards, but watched Carvalho’s shot wriggle in. 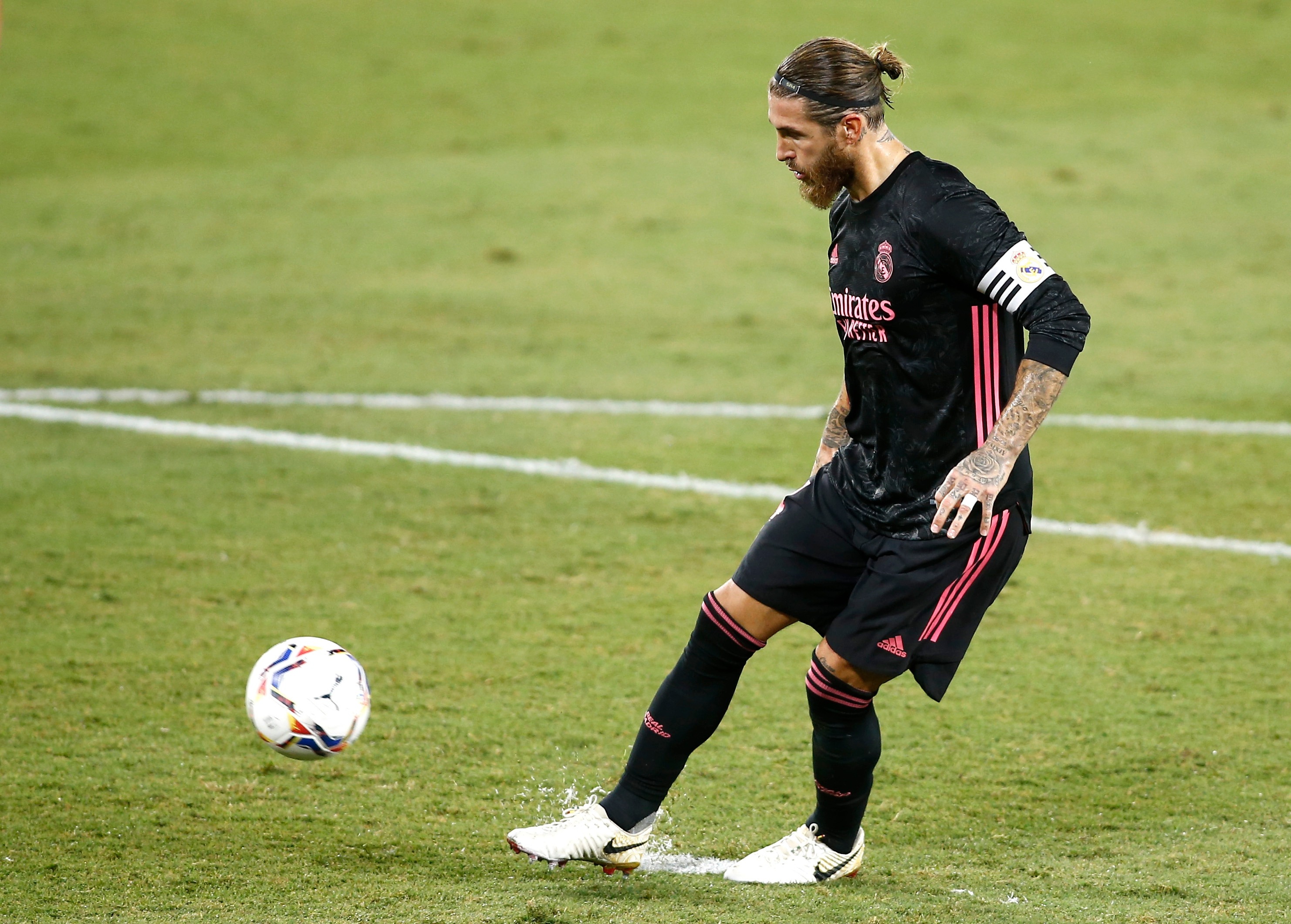 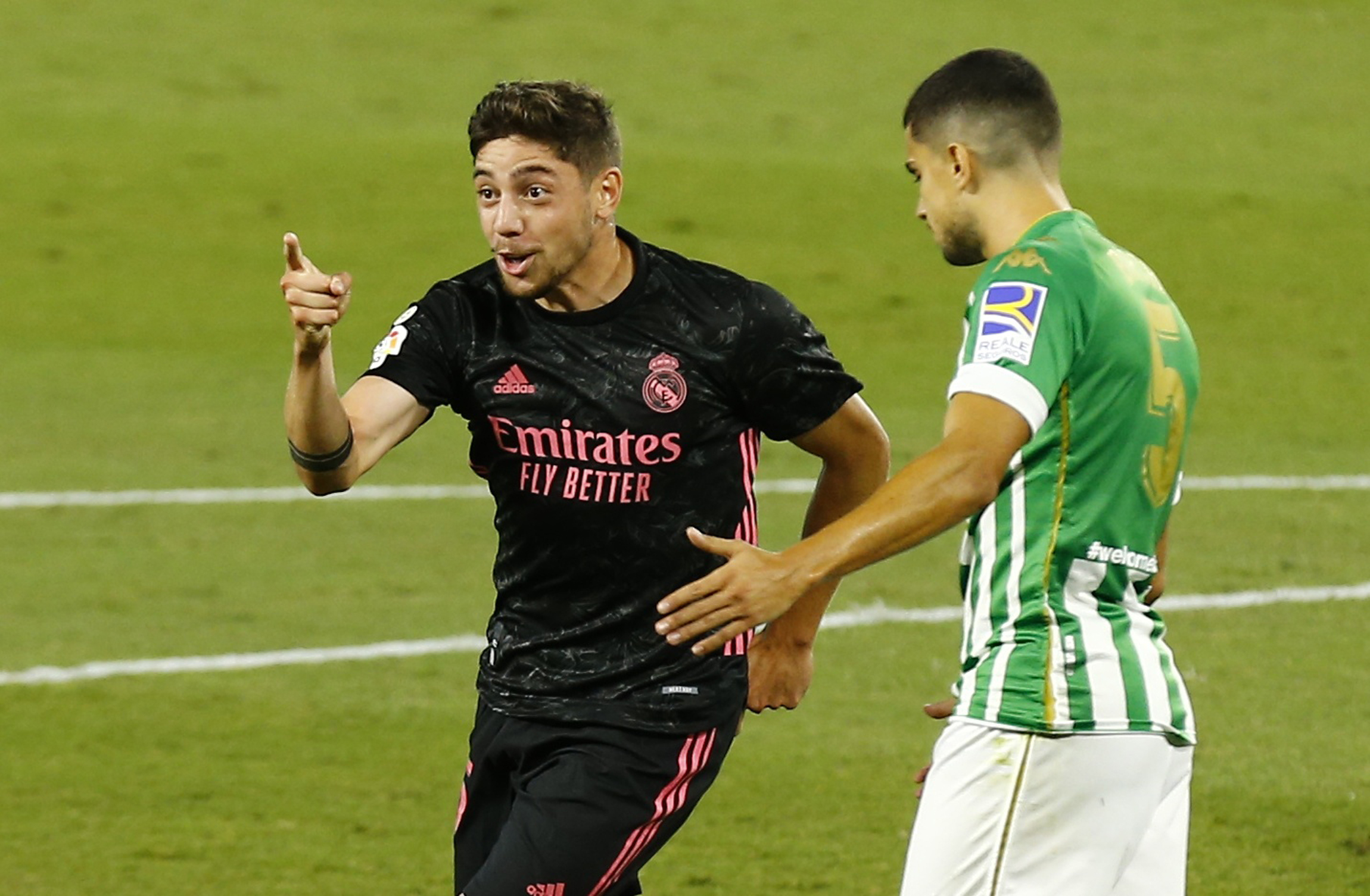 Real Madrid were still without Eden Hazard for the trip to Seville and lost Toni Kroos to injury just before half-time as he was replaced by Luka Modric.

Zidane breathed a sigh of relief early in the second half when Emerson turned Dani Carvajal’s cross into his own net to drag Real Madrid level.

Things got worse for the beleaguered Betis defender when he was shown a red card for bringing down Luka Jovic and denying a clear goalscoring opportunity.

And Betis couldn’t hang on for the point they deserved as a controversial handball against Bartra gave Ramos the chance from the spot.

The 34-year-old dinked his spot kick down the middle to give the champions their first win of the campaign. 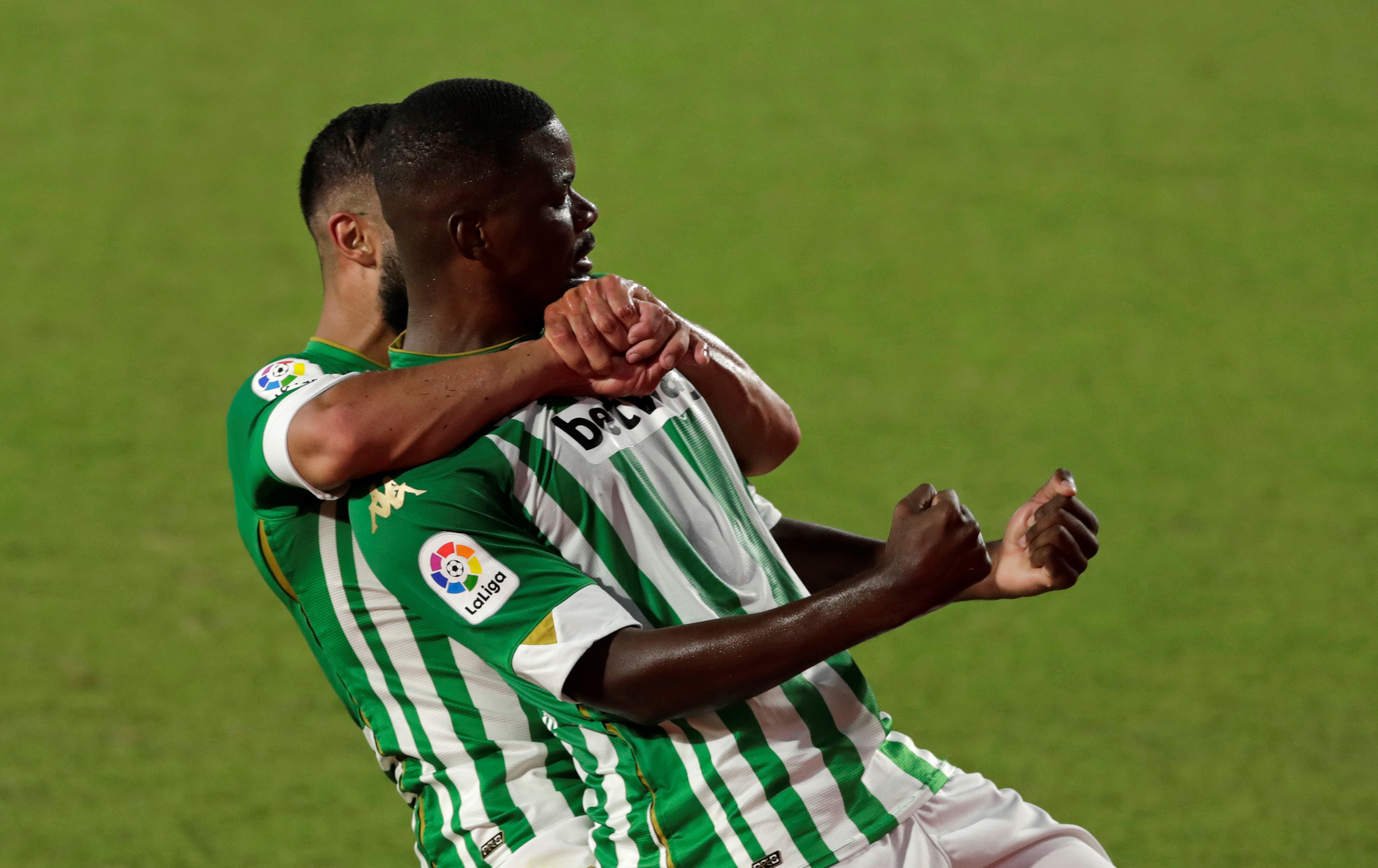 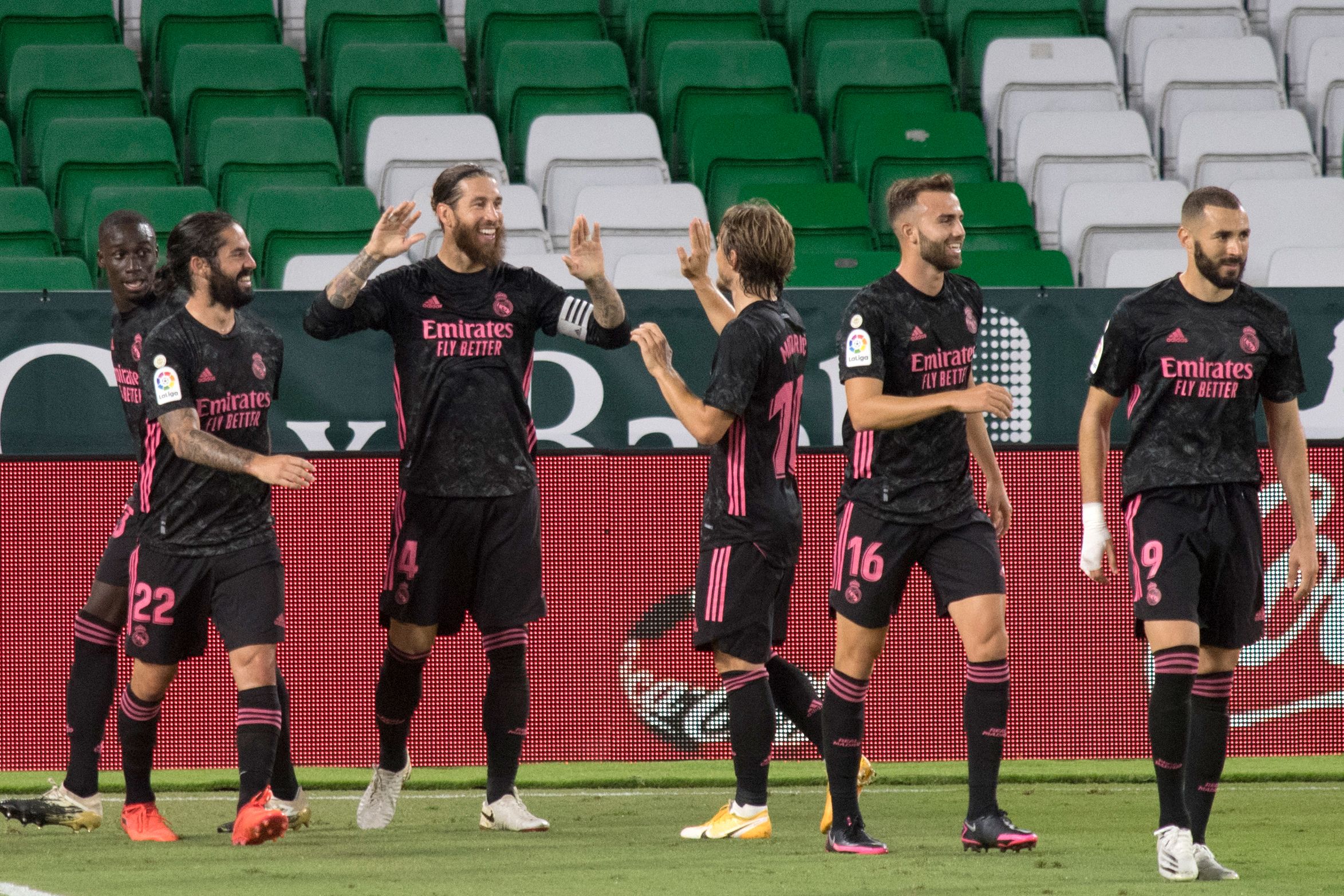