REAL MADRID star Federico Valverde's girlfriend shocked fans when she shared a snap of their son appearing toPOO at the Bernabeu.

Valverde's partner, Mina Bonino then caused further controversy when she compared the youngster Benicio's crouching pose on the pitch to that of ex-Leeds boss Marco Bielsa. 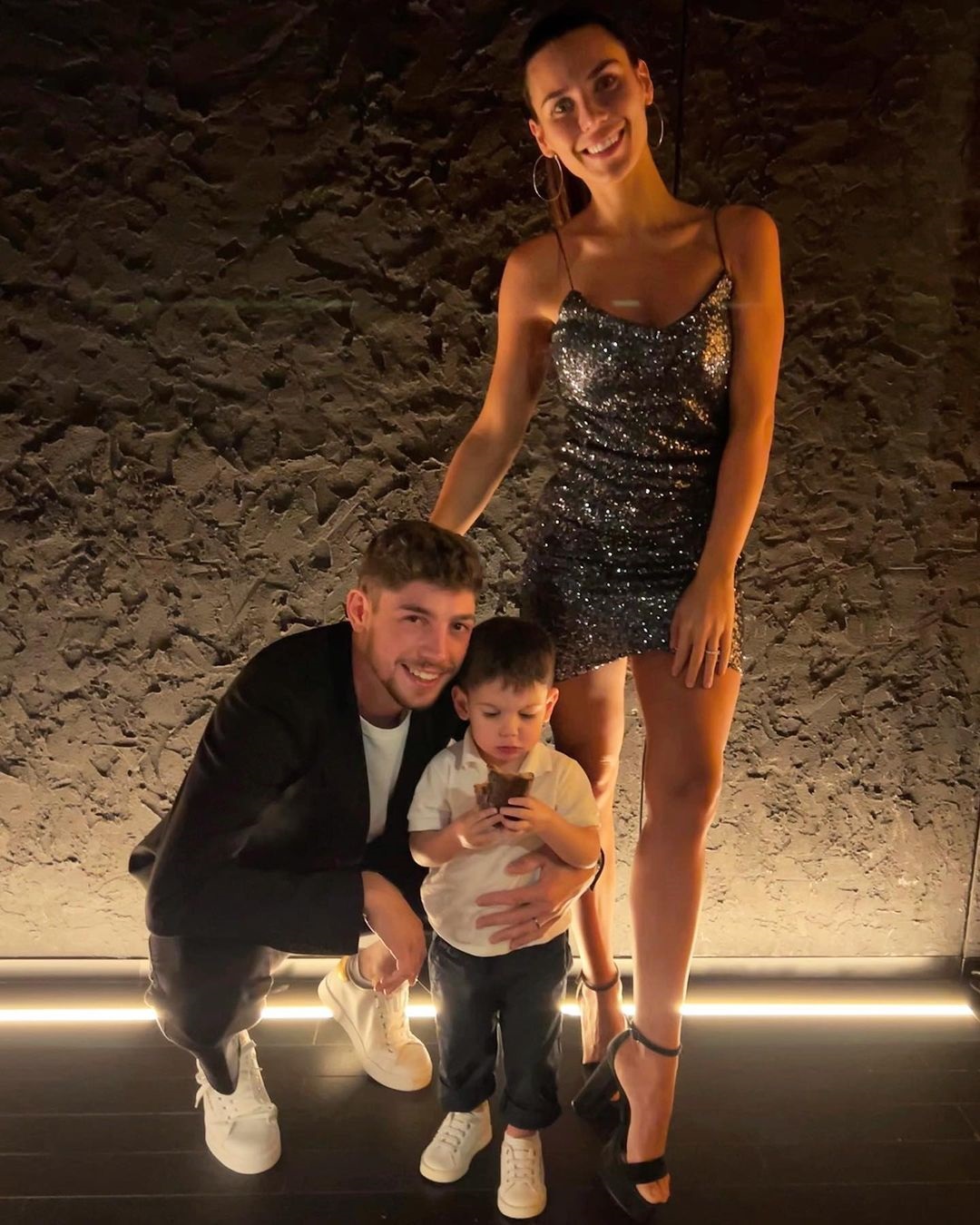 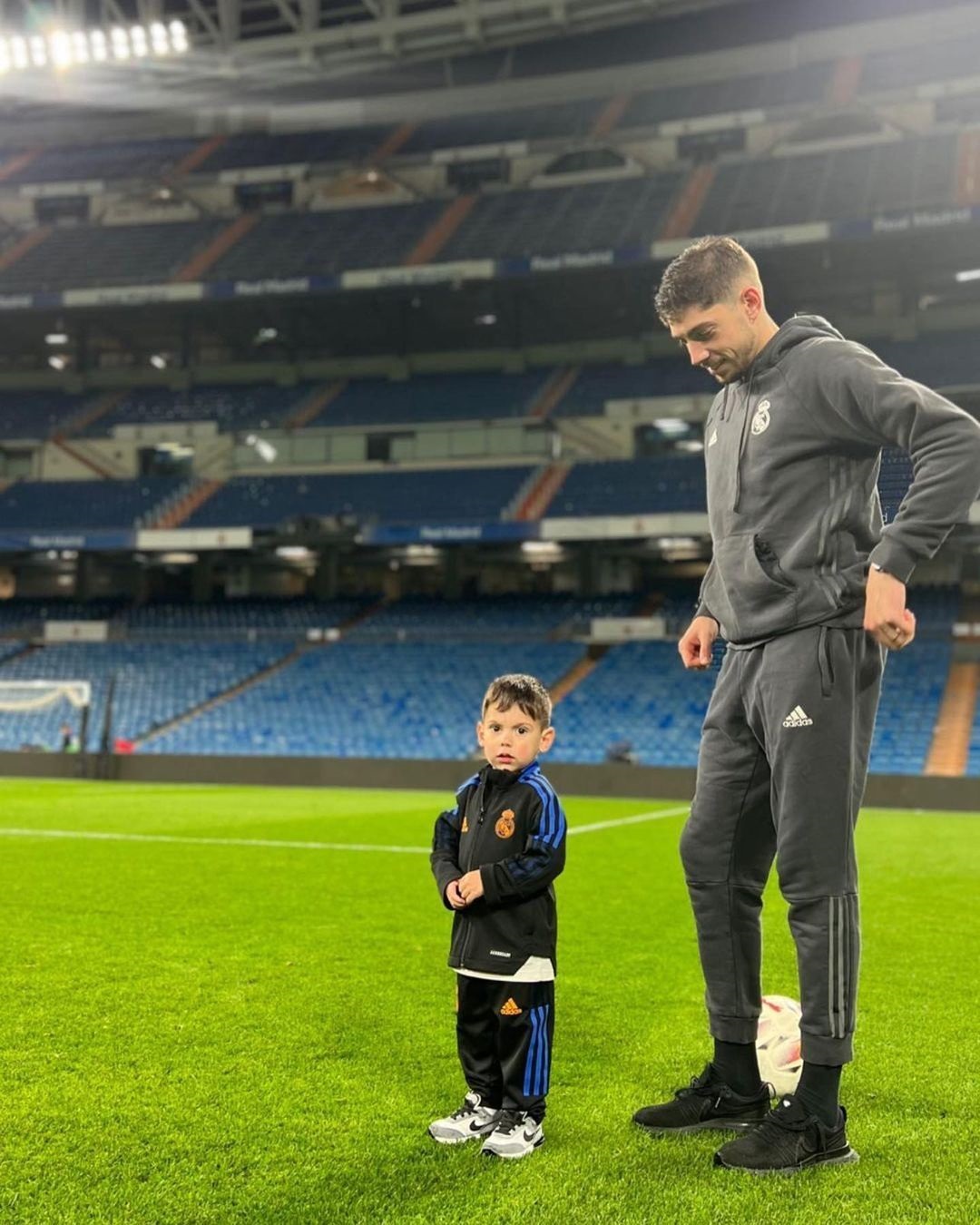 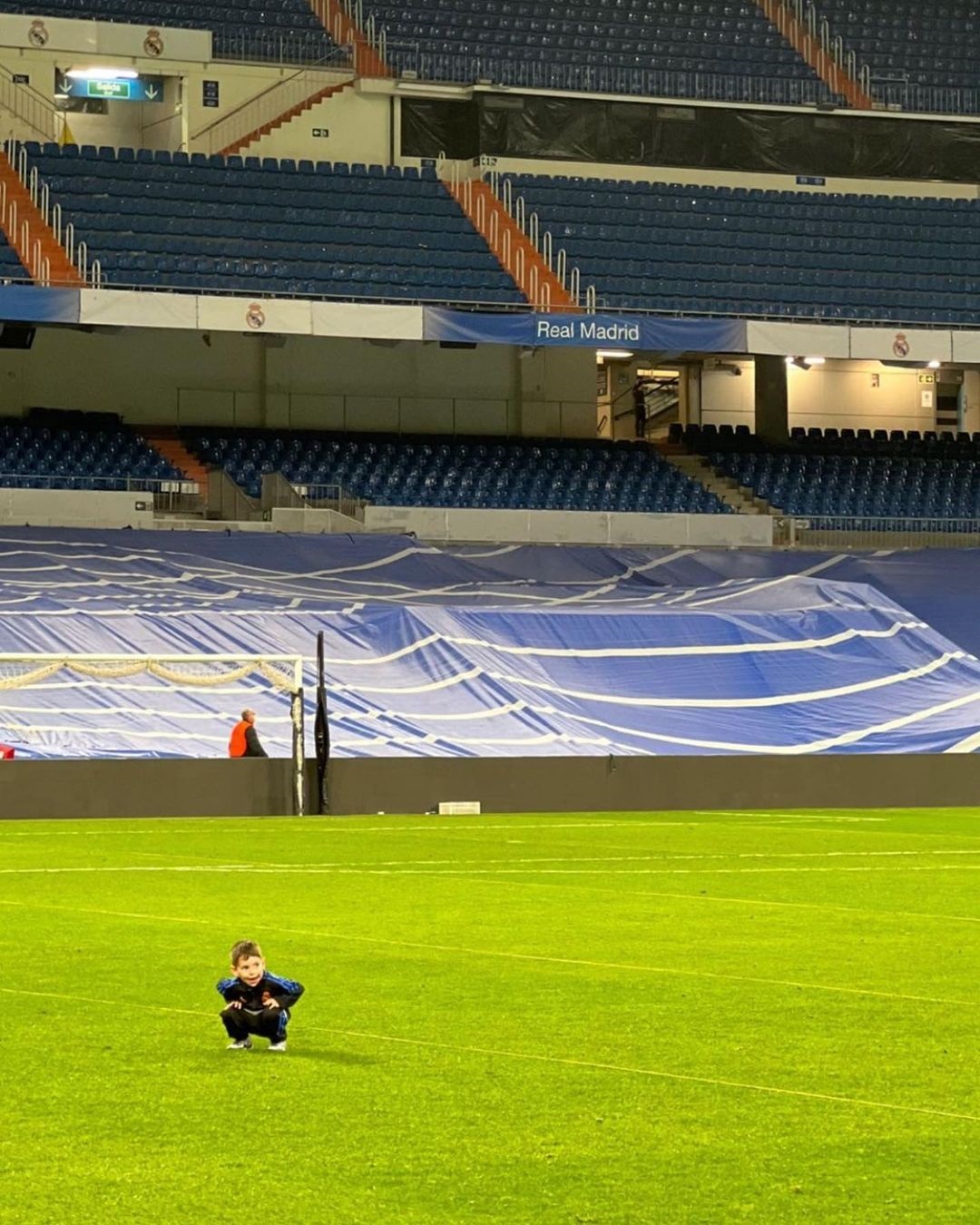 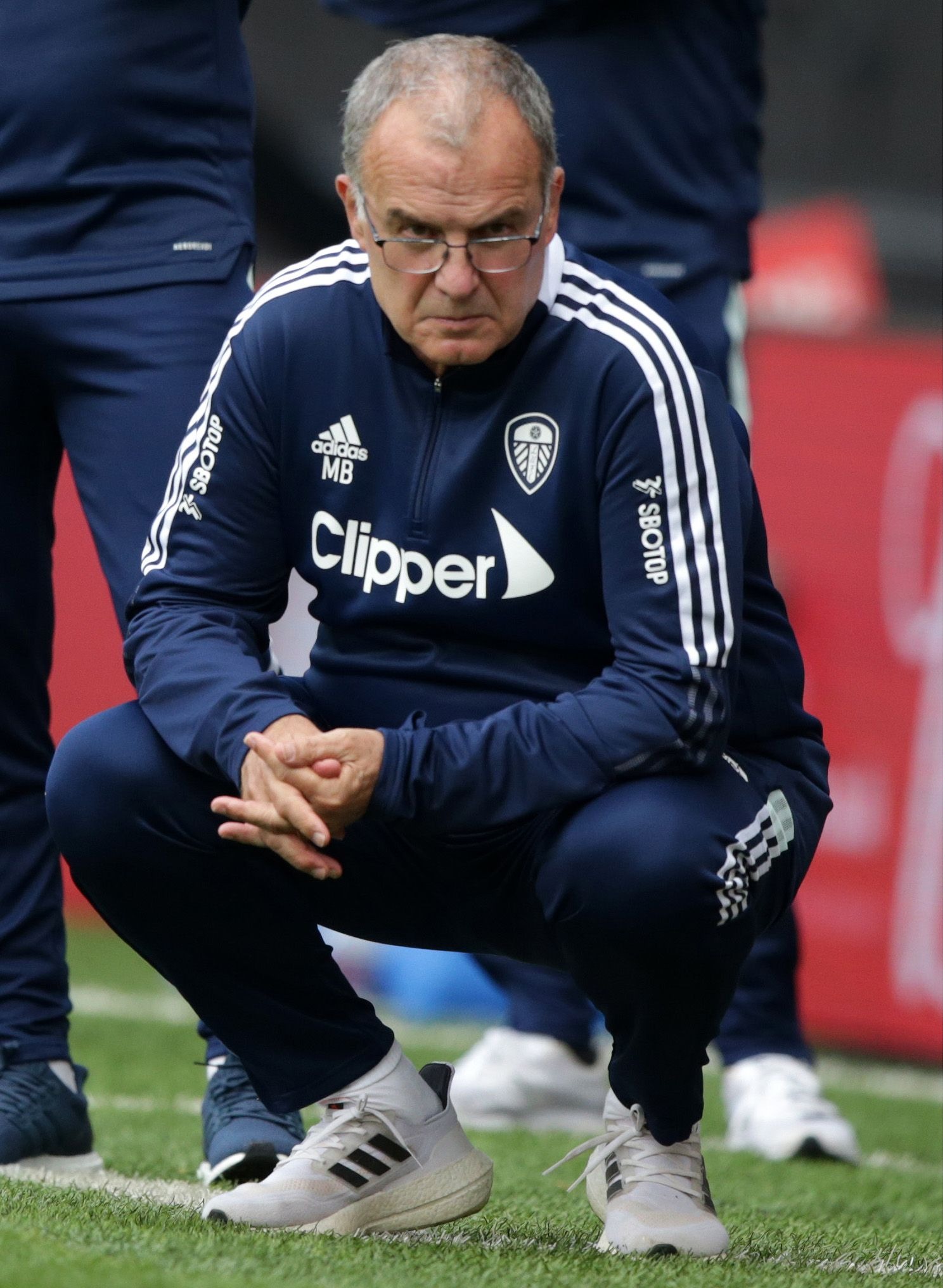 Mina was part of the family and friends cohort visiting Real's stars at the Bernabeu after their 2-0 win over Getafe on the weekend that Gareth Bale was jeered in by the club's fans when coming on as a substitute.

And Valverde Jr made himself right at home by squatting on the grass in a snap that was captured by his mother.

The Uruguayan Wag then shared the snap to her Instagram page which is plastered with pics of her, Valverde and Benicio, where she wrote: "can they have a photo at the Bernabéu shxxxxxg?"

And former Leeds boss Bielsa, also fell victim to Mina's questionable humour when she put up another pic of him side by side with Benicio.

Paddy Power betting offer: Get £40 in FREE BETS when you sign up and stake £10 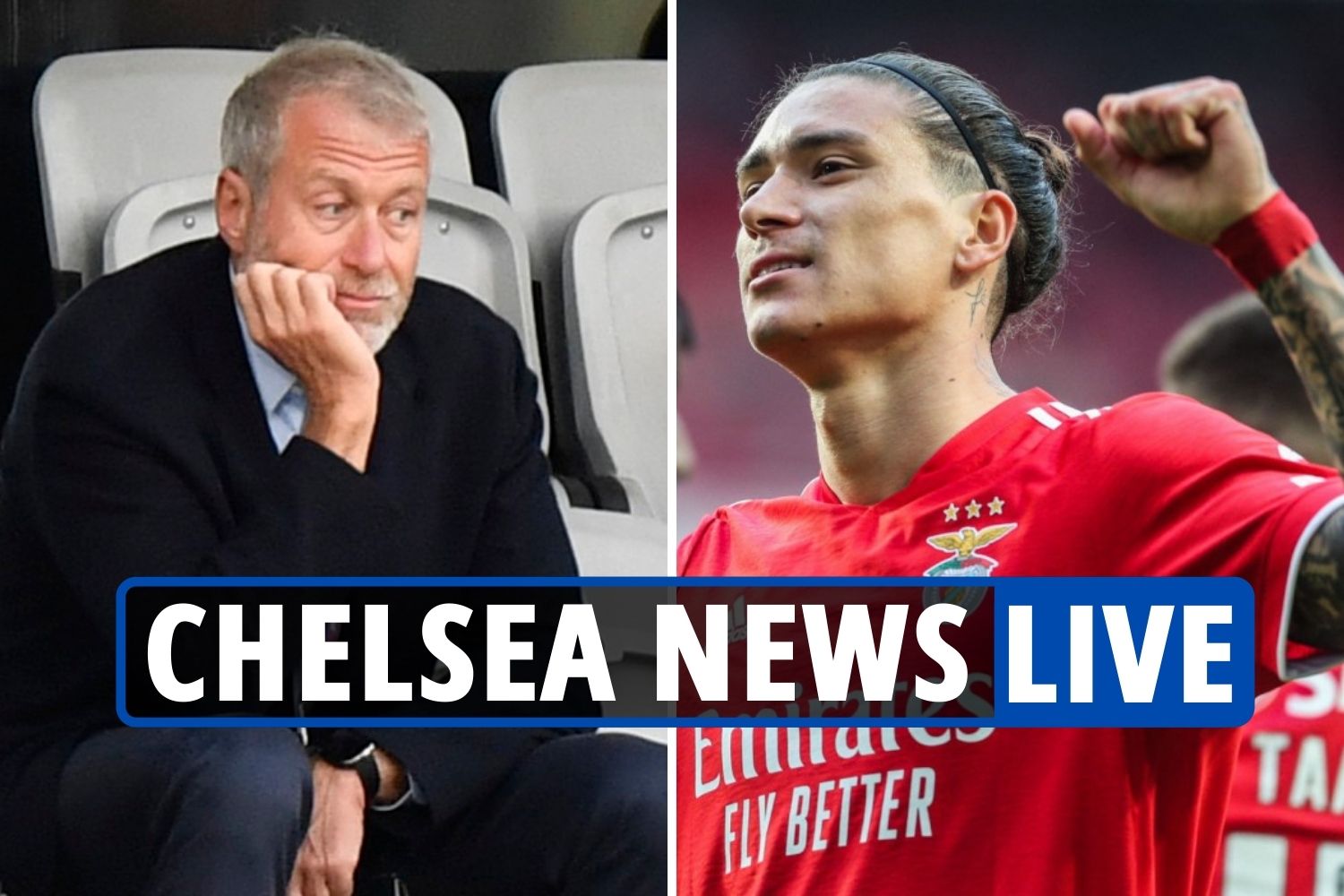 Mina went on to insinuate Bielsa has the same pose as her son whilst he was bent down with a strained expression, Mundo Deportivo reported.

Valverde didn't comment on the snap himself as he was probably busy preparing for Los Blancos' Champions League quarter-final second leg tie against Chelsea on Tuesday.

Real put one foot into the semi-final of the European elite competition when they thumped Thomas Tuchel's side 3-1 at Stamford Bridge last week.

The hapless Blues couldn't contend with a fired-up Karim Benzema who struck a hat-trick in the one-sided game. 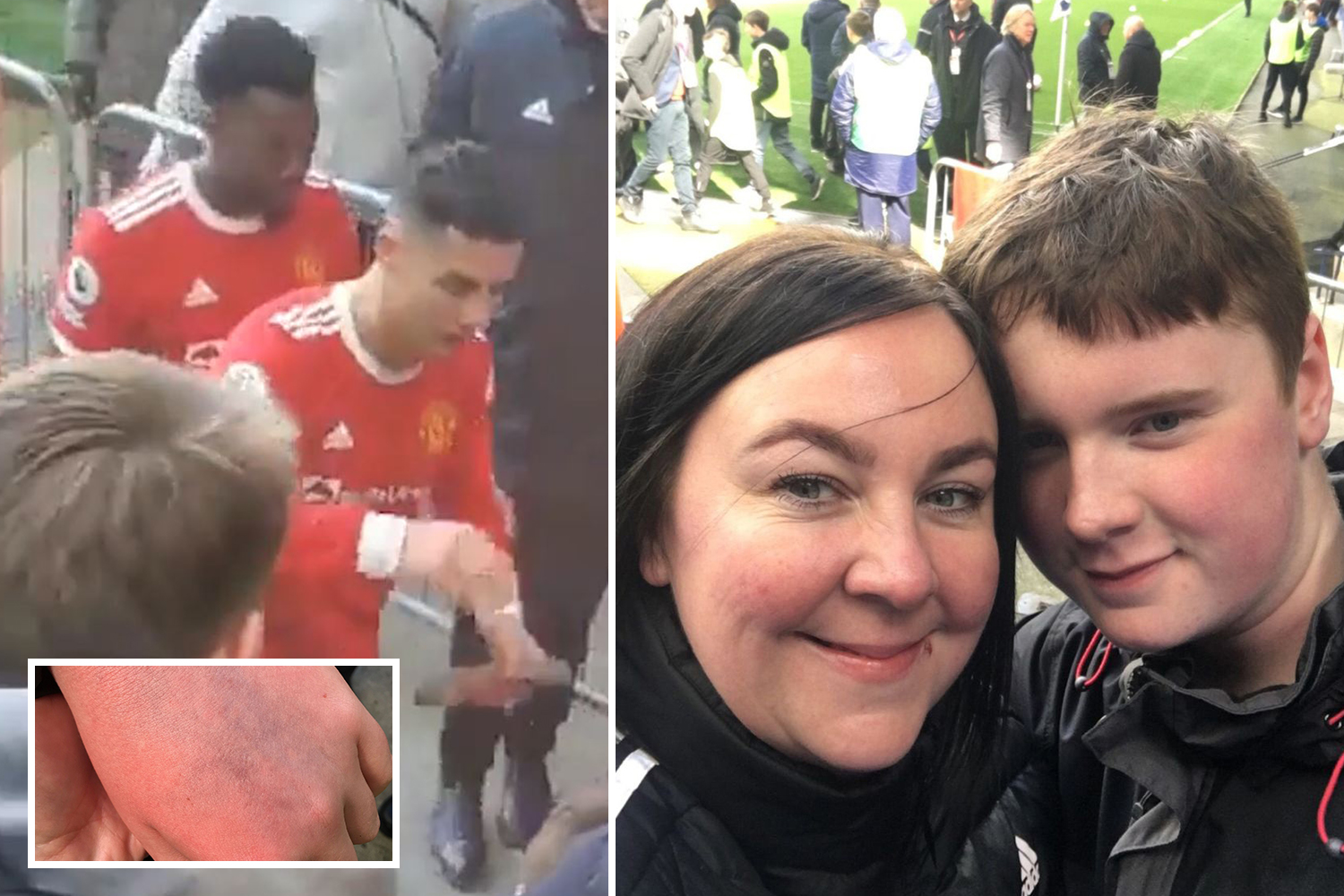 And Valverde also played a starring role in the clash despite not getting on the score-sheet.

Valverde attempted to compete with Cesar Azpilicueta for the ball, before his momentum saw him crash into Ancelotti.

The force wasn't enough to send Ancelotti to the ground, although it did cause him to double over in pain.

It was a harsh welcome back to the dugout for Ancelotti who nearly missed the trip to Stamford Bridge after suffering with a bout of covid.