Home » Sport » Rennes 1 Chelsea 2: Olivier Giroud proves his worth as outcast comes off bench to send Blues to knockout stage

Rennes 1 Chelsea 2: Olivier Giroud proves his worth as outcast comes off bench to send Blues to knockout stage

FRANK LAMPARD received the earliest Christmas present of his life as Chelsea reached the Champions League last 16 with two games to spare.

Having labelled the run of eight games in December as ‘brutal’, boss Lampard can now enjoy at least two of them with the pressure off. 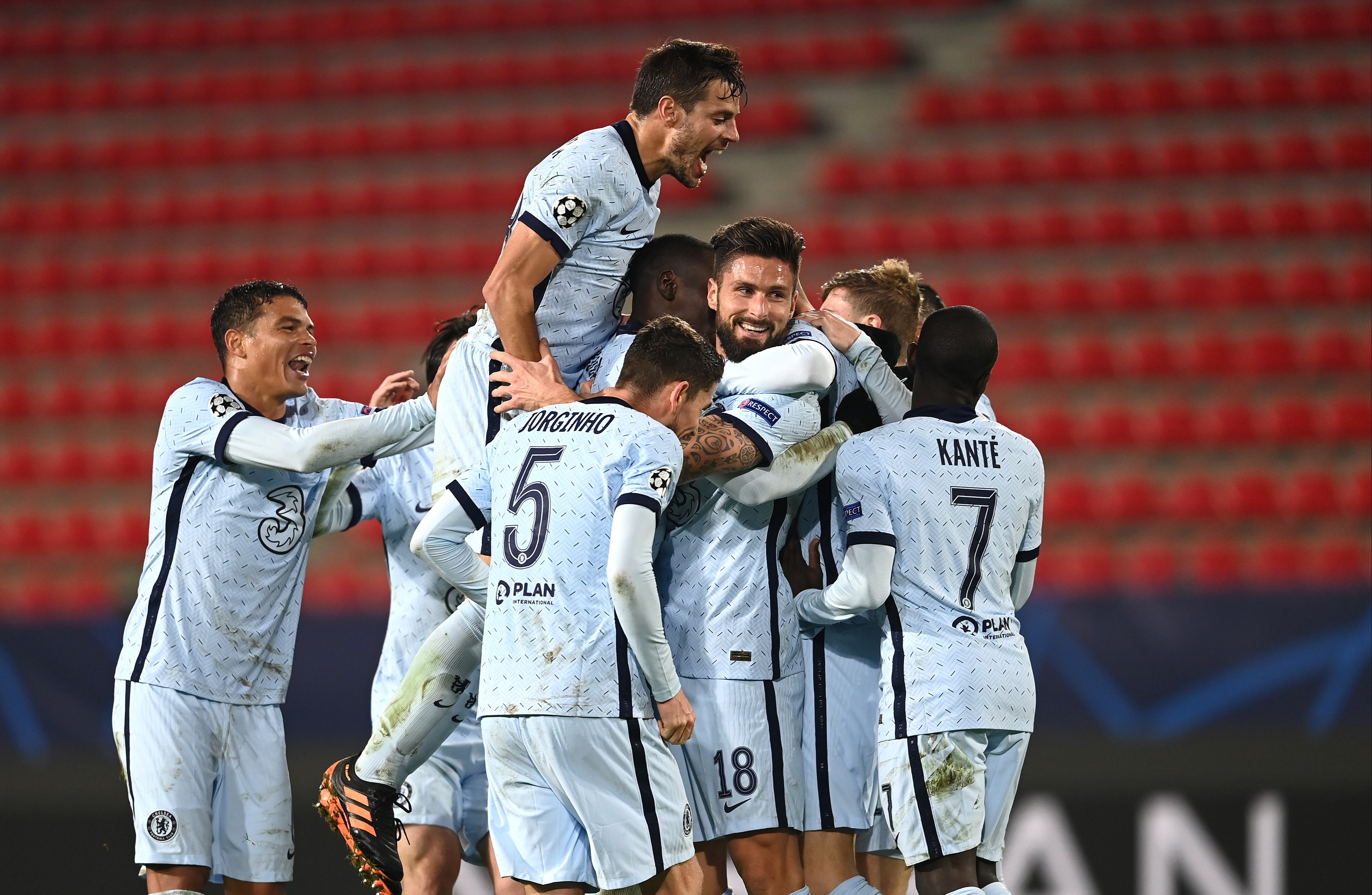 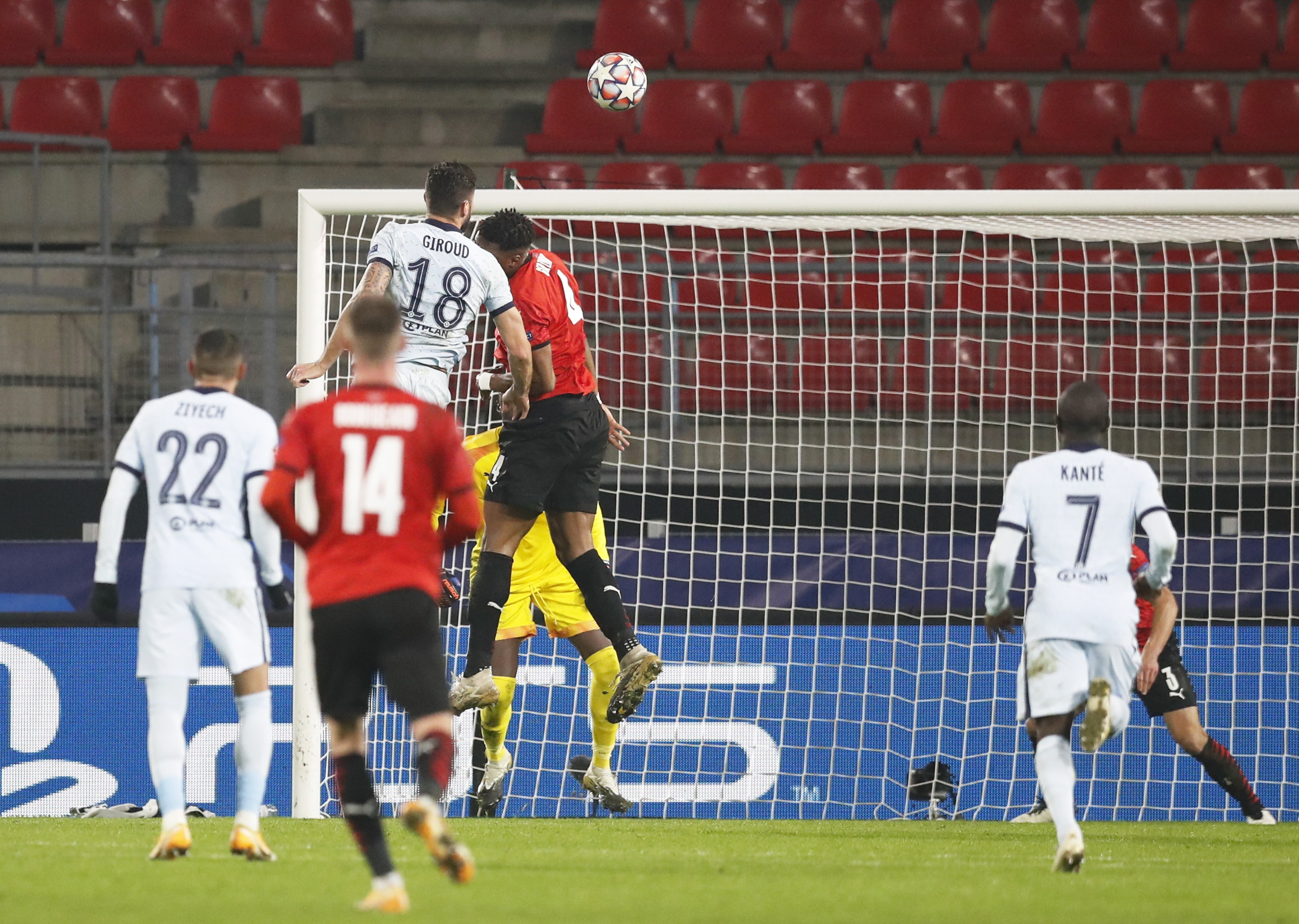 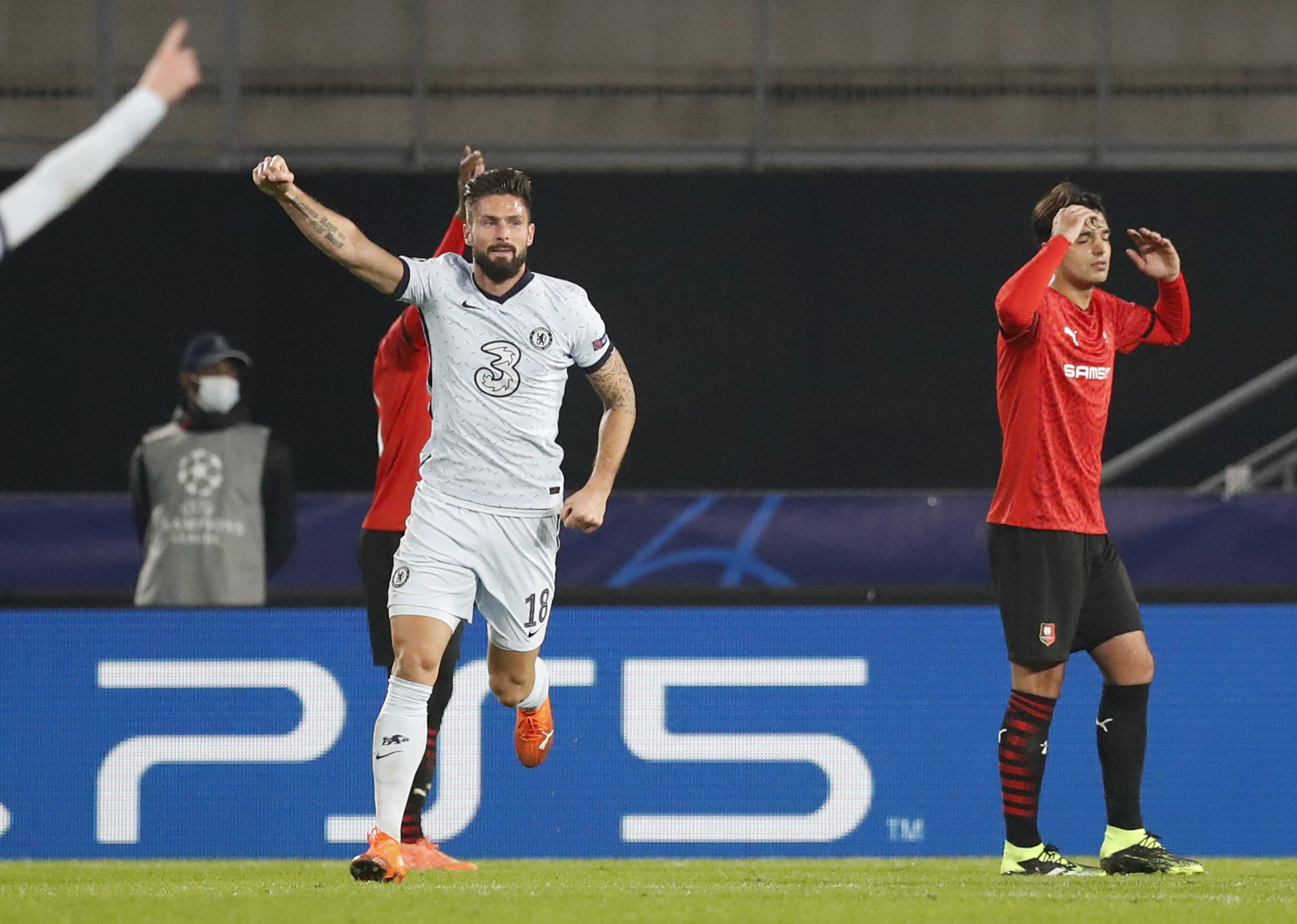 Chelsea had to earn it though. Olivier Giroud’s freak winner a minute into second half injury time rescuing his team after they looked to have thrown it away.

But it is still the earliest they have qualified for the knockout stage for nine years to underline how dogged this team is even on an off night.

Having led for 63 minutes, all the hard work of a rejigged Chelsea team looked to be melting away when Rennes equalised in the 85th minute.

And the manner in which the defence stepped back and gifted the tough French outfit the goal momentarily rekindled memories of the old wobbly back line which everyone thought had become a thing of the past.

That was until another thing of the past – 34 year old Giroud – showed how age has not dimmed his eye for a goal.

Coming off the bench, the World Cup winner was back home in France and made sure he marked the trip home by pulling three points out of the bag.

In virtually the last attack of the game and with heads bowed, Chelsea launched one final thrust forwards through Timo Werner.

The German endured a relative off night and yet again a shot which normally would have been buried rebounded high off the keeper’s legs. 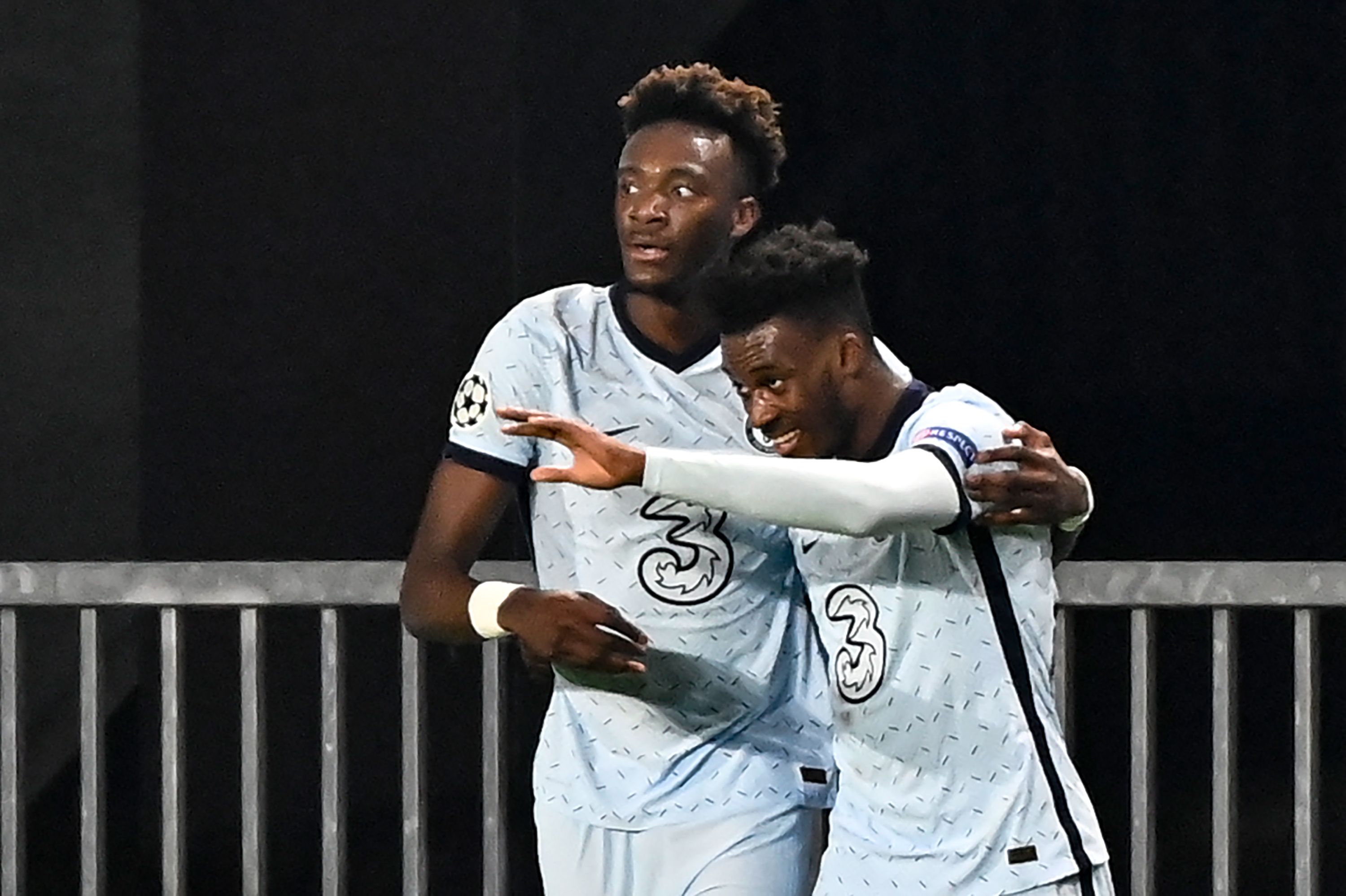 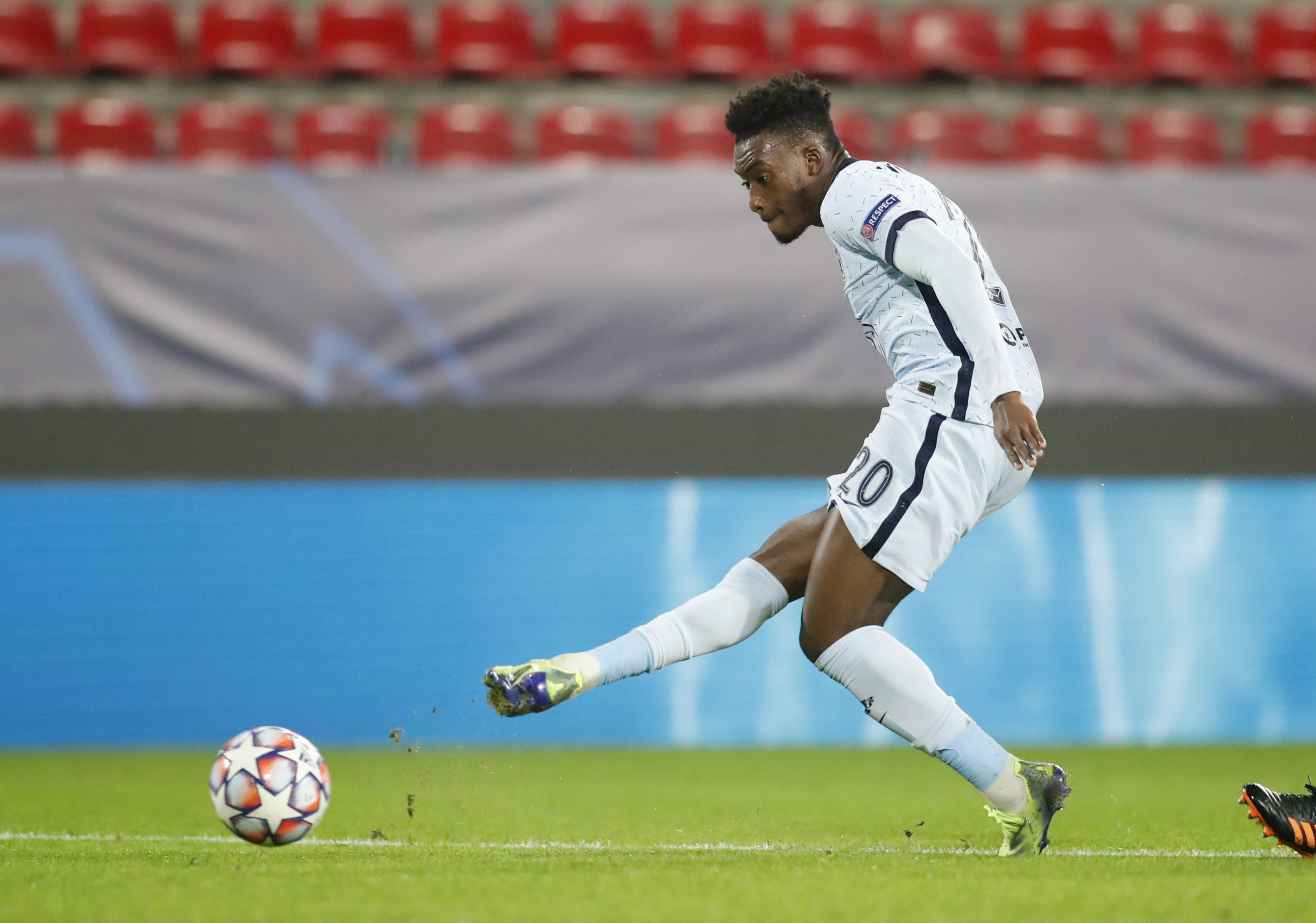 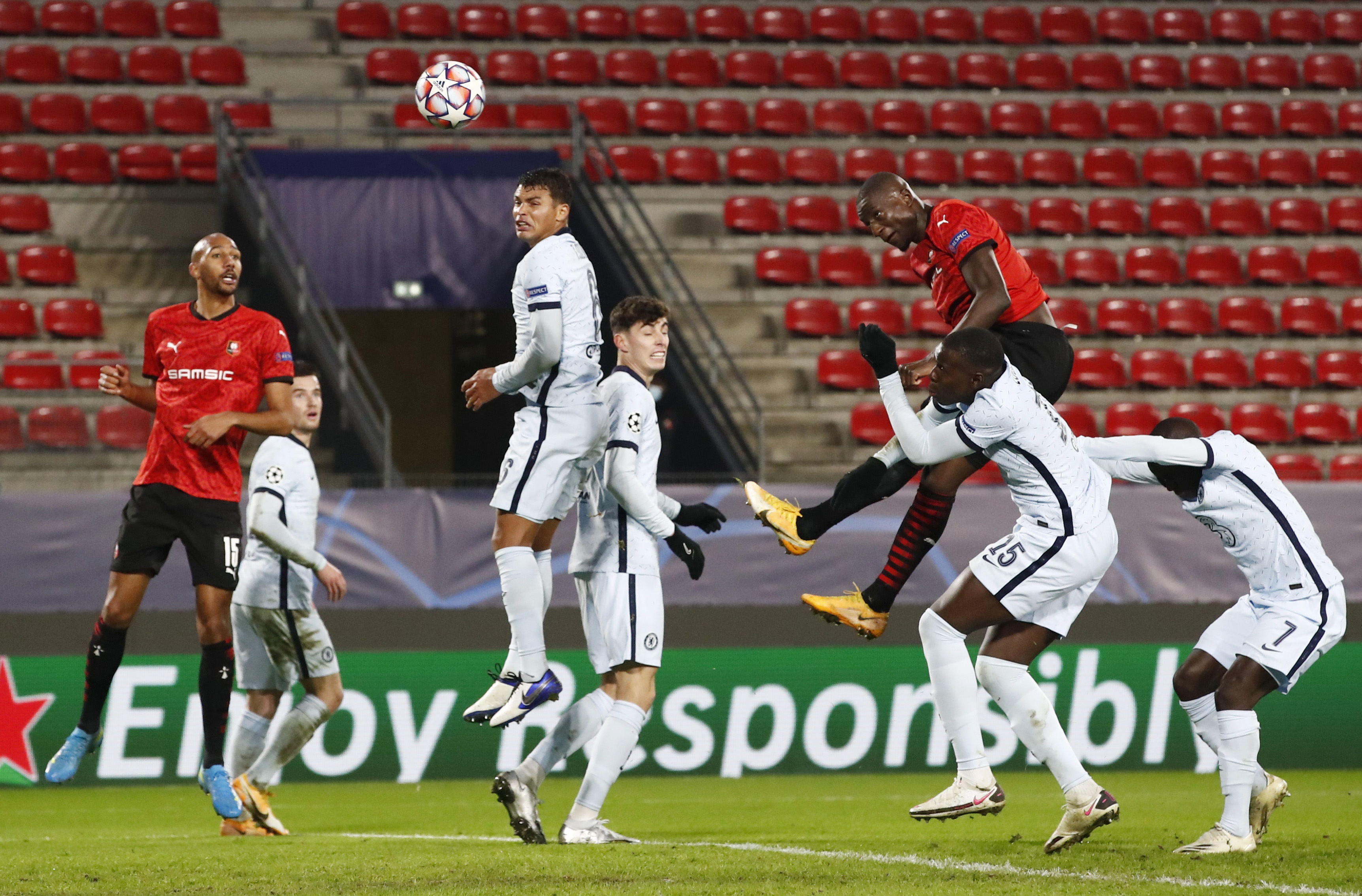 But 6ft 4in Giroud refused to give it up as a lost cause and hauled his old bones into the air to climb above centre back Gerzino Nyamsi to head in from ten yards out.

In the 22nd minute a thing of the future for Chelsea – twenty year old Callum Hudson-Odoi – had put the English Premier League side ahead with a classy finish.

Latching onto a superb lofted through ball from Mason Mount, the two former Chelsea youth team players combined for Hudson-Odoi to bury a clinical shot at full pace.

It should have been the signal for Lampard’s team to go on and enjoy a comfortable night in the way they have been putting better teams than this to bed lately. 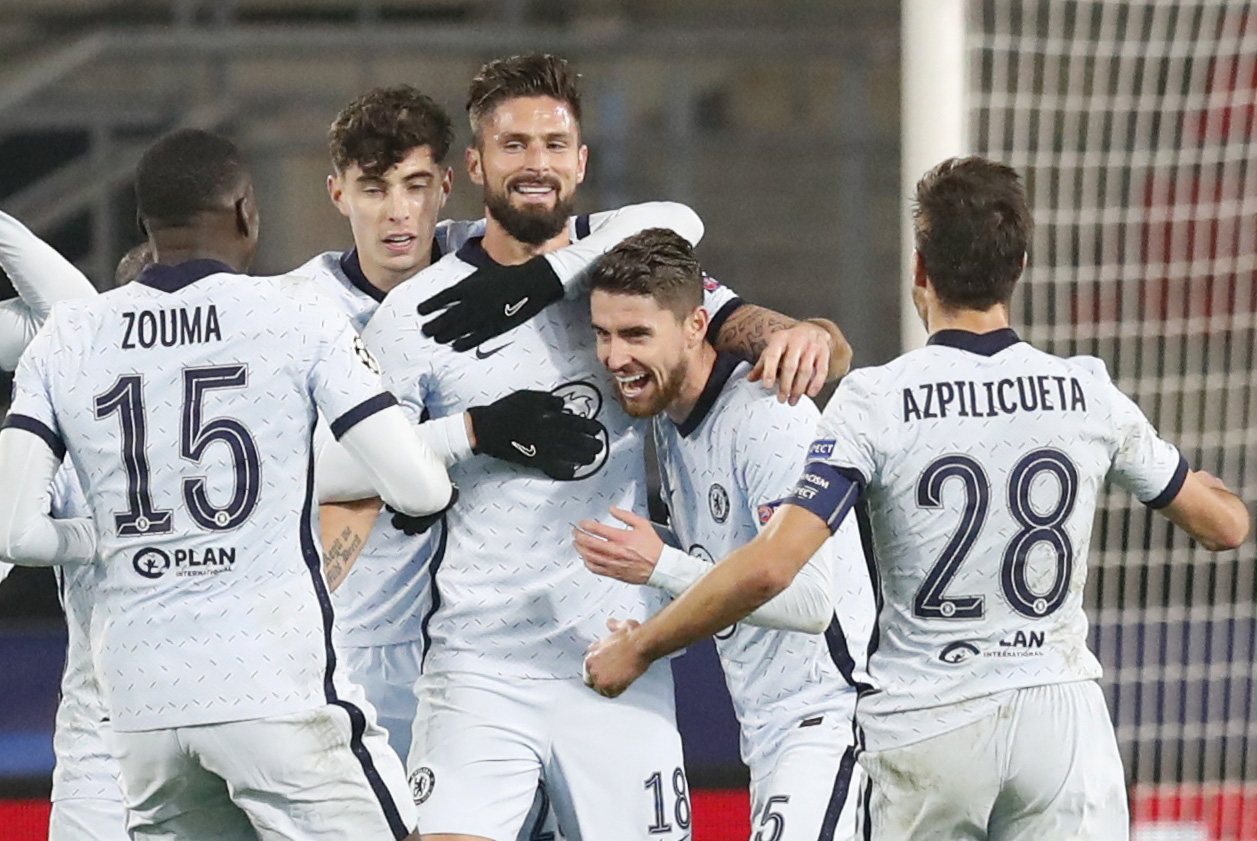 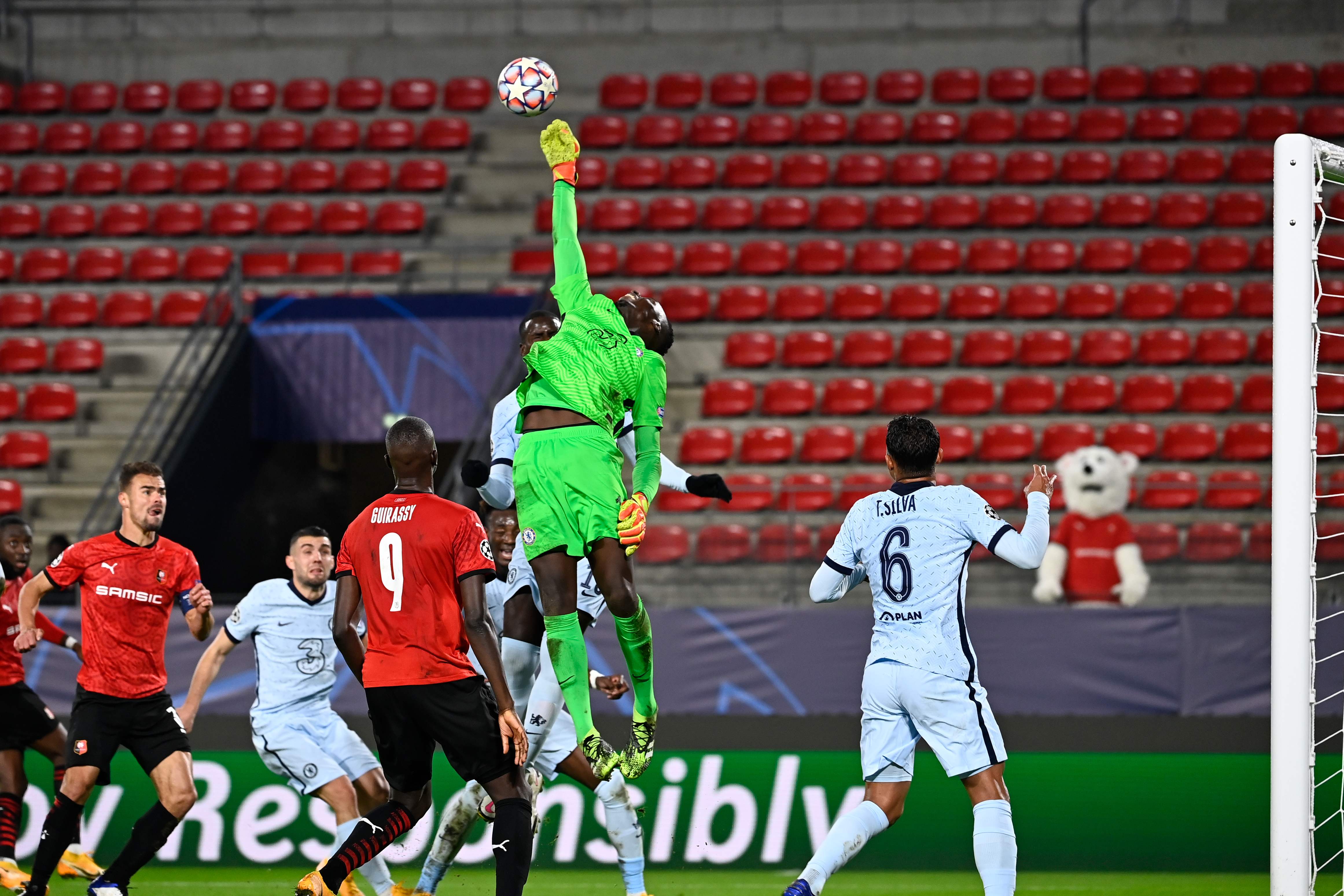 But with five to go, defensive pairing Thiago Silva and Kurt Zouma suffered a split-second lapse in concentration allowing Rennes to put the ball past their old keeper Edouard Mendy.

Despite the hair-raising finale, Chelsea can breathe a sigh of relief, in Europe at least.

They and Seville sit one and two in Group E and Chelsea go to Spain next Wednesday merely needing to sit on their place at the top of Group E.

Doing so means they will get a more favourable place in the draw for the last 16 in February. 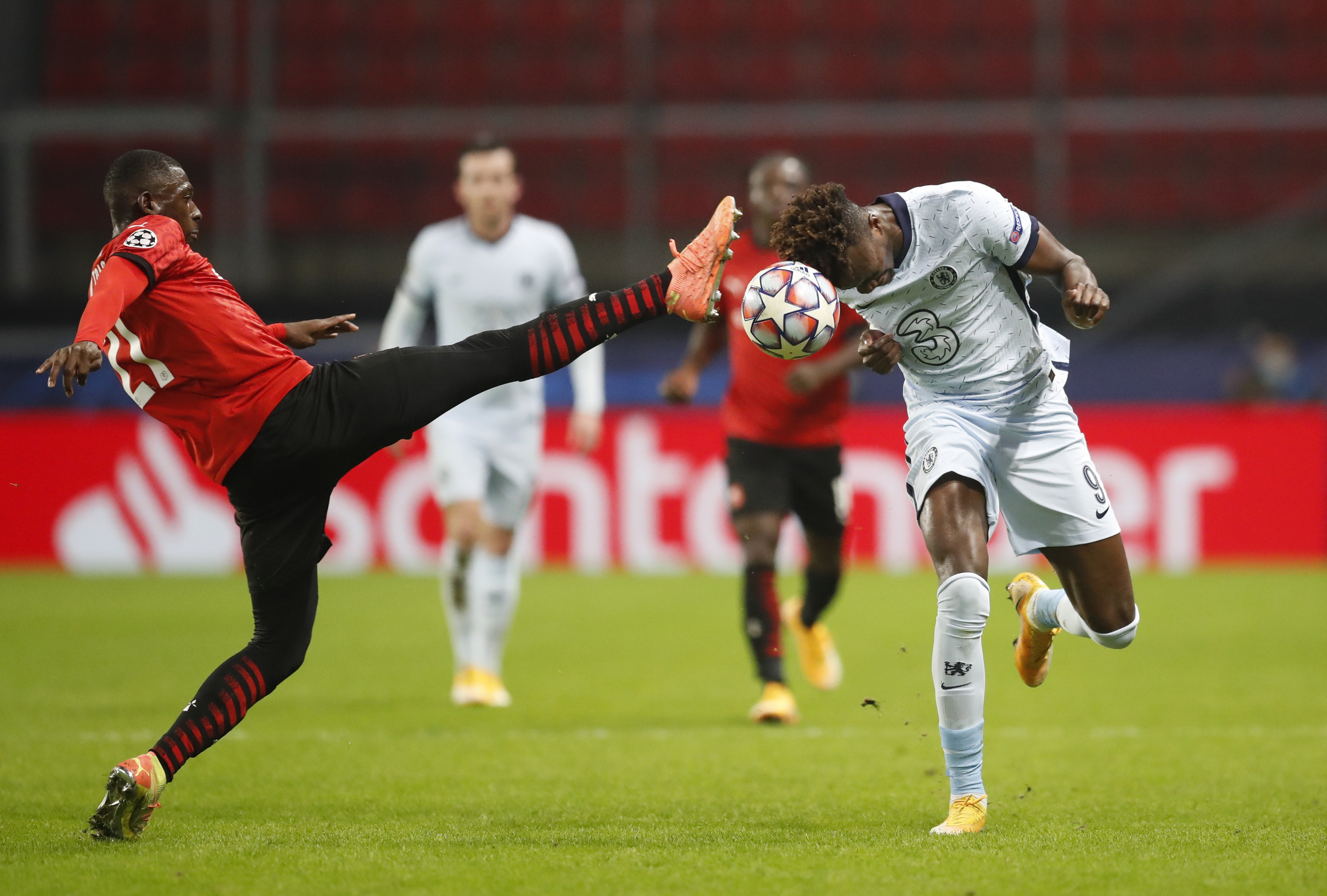 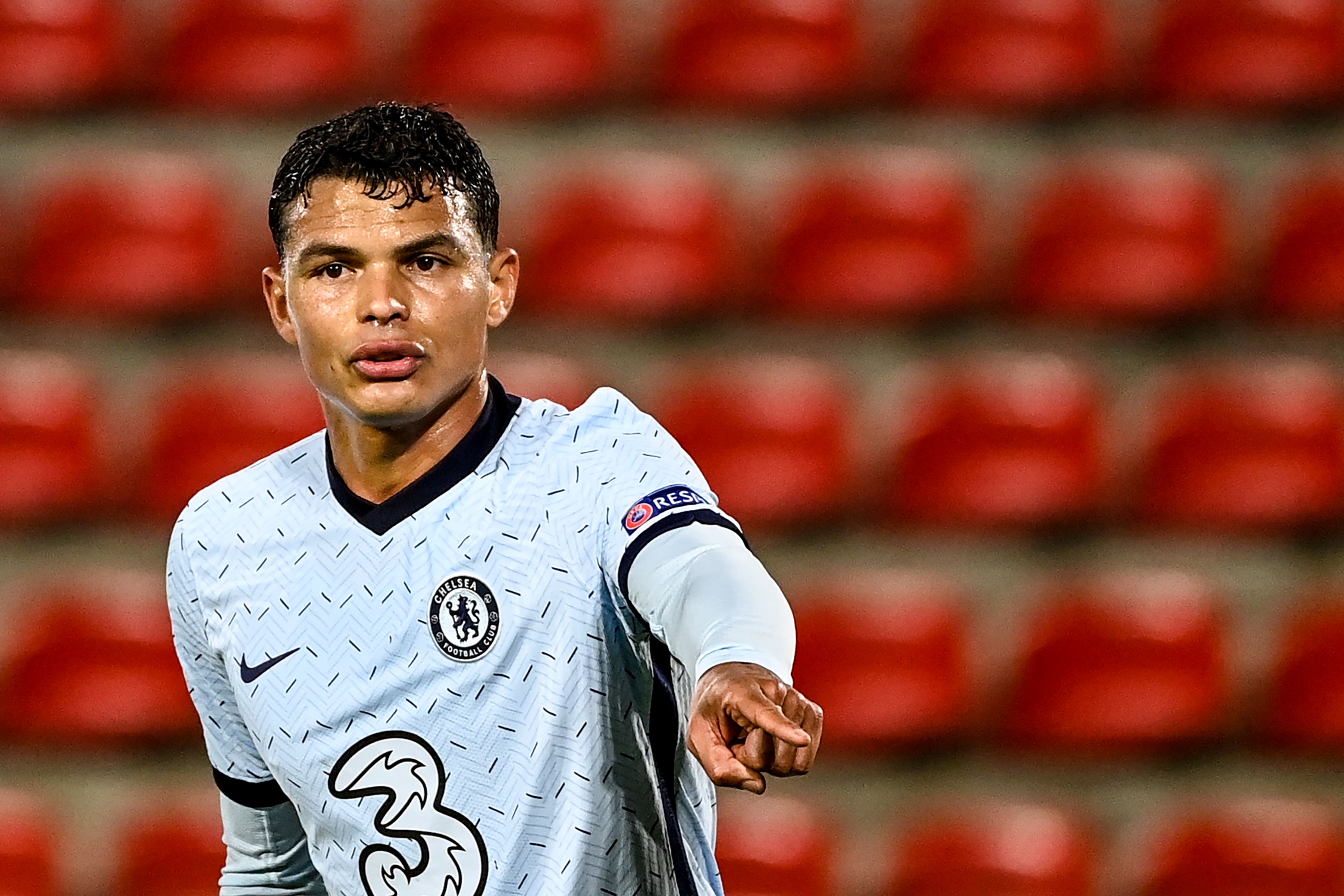 So for now, Lampard can pay more attention to domestic matters and preserve some energy in his squad during European nights for the looming Festive fixtures.

Chelsea travel to Premier League leaders Tottenham on Sunday for a date with former boss Jose Mourinho in the best shape possible.

And when December  kicks in on Tuesday it heralds a run of games to include more London derbies against Arsenal and West Ham, a meeting with old foes Leeds and a tough trip to Everton.

Lampard will be bitterly disappointed with the manner in which his team conceded a rare goal and will get to work on it immediately.

But seeing out the group stage of Europe’s elite competition so soon will be a massive boost to a team which is slowly but surely mounting a challenge on all fronts this season.