REVEALED: The secrets of England’s stunning win – Beckham gave team talk (but was late!), an Olympic legend sent a stirring video message and Ian Wright cracked jokes with players in the build-up

England on Thursday night sailed through to the Women’s World Cup semi-final after thrashing Norway 3-0 in Le Havre – and it came after a little help from some friends.

Phil Neville’s Lionesses produced a scintillating display in the north-west of France having been roused by words of inspiration from a couple of England’s sporting icons. 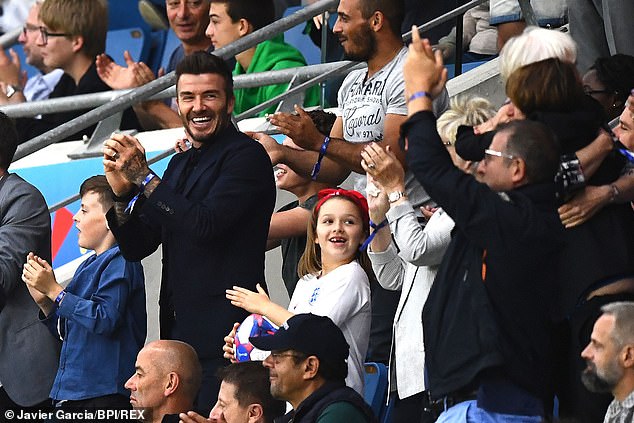 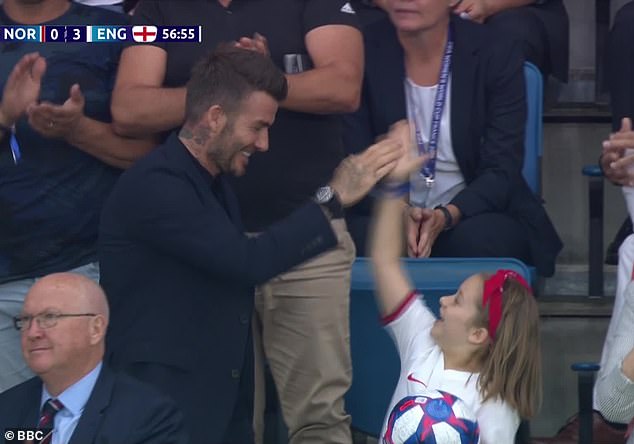 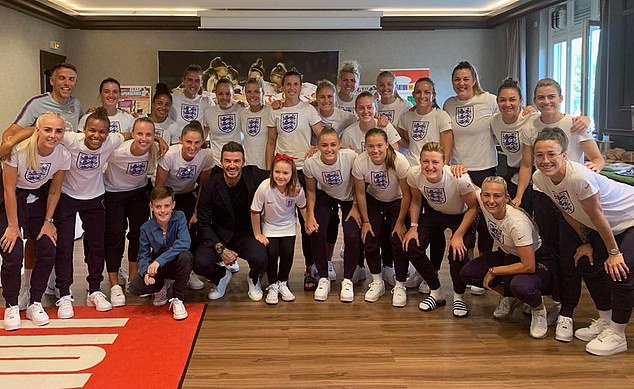 Earlier, they met the players, and Beckham said he was ‘so happy to see the girls before their big game’ 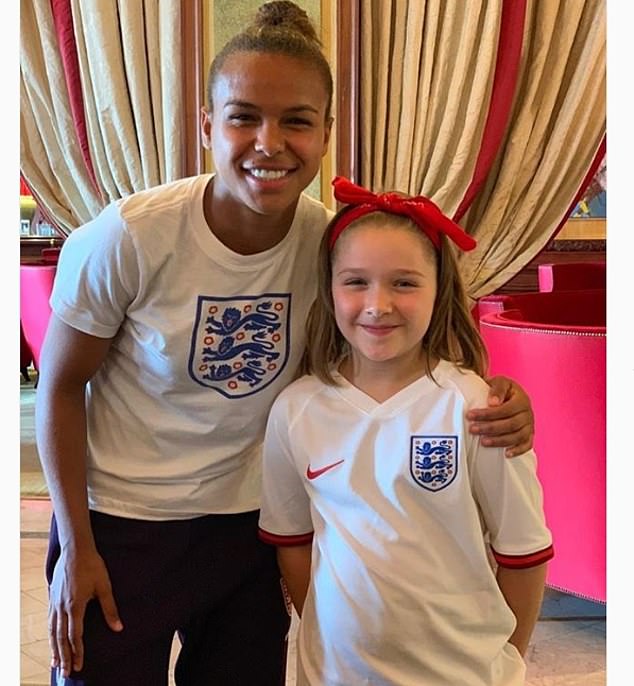 Harper met the players, including Nikita Parris, before the game at the Stade Oceane

But hours earlier, Neville revealed, David and Harper both came into the England dressing room to gee up the squad ahead of their crucial clash. It seemed to work, despite them being a tad late.

And it wasn’t only the Beckhams. Olympic legend Dame Katherine Grainger, who won one gold and four silvers in rowing over five games, provided the extra inspiration in the form of a stirring video, which Neville claimed gave his players ‘goose bumps’.

‘It was actually a 5pm team talk,’ Neville said of Beckham’s pre-match speech. ‘He was due to come before but he was late. I did my team-talk first. 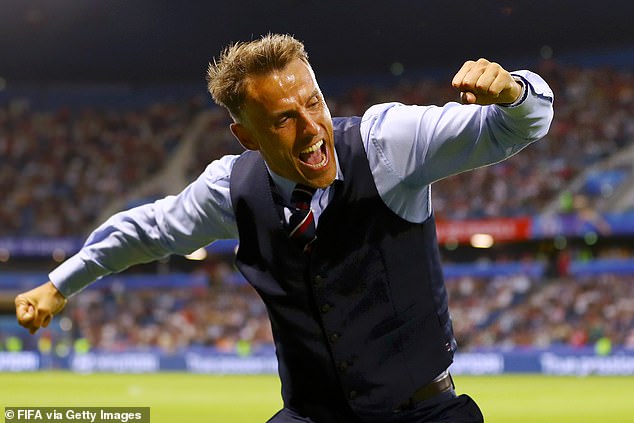 Phil Neville’s England roared through to the semi-finals, after David gave a speech to the team 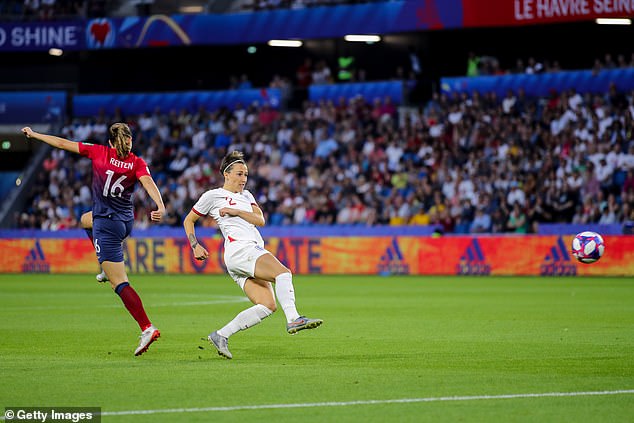 ‘Katherine Grainger sent a video message we played in my pre-match meeting that gave you goose bumps in terms of what it takes to win. When my players saw her telling them about what it takes to win, playing heart and head, I didn’t have to say much.

‘Then they were introduced to David and Harper and that gave them a sense of what they have done.

‘(Former Arsenal and England striker) Ian Wright came in to meal room and cracked jokes with them.

‘My players loved it. They can relate to Katherine. David has been supporting us from Day One, and is an icon, and great he could bring his daughter and Ian knew all their nicknames and made them laugh. My job was easy.’ 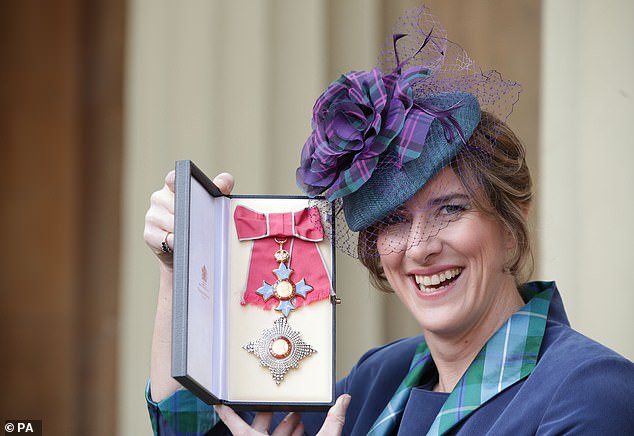 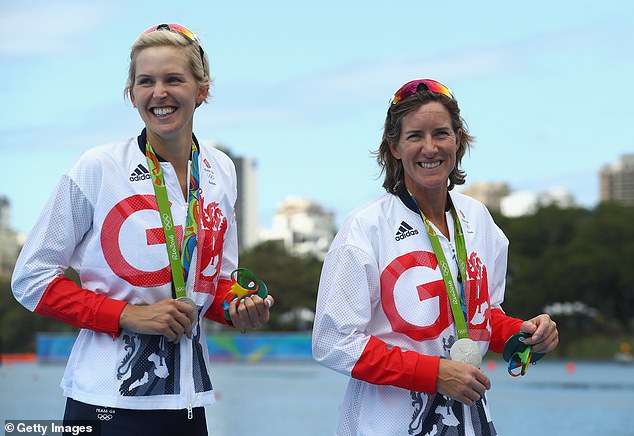 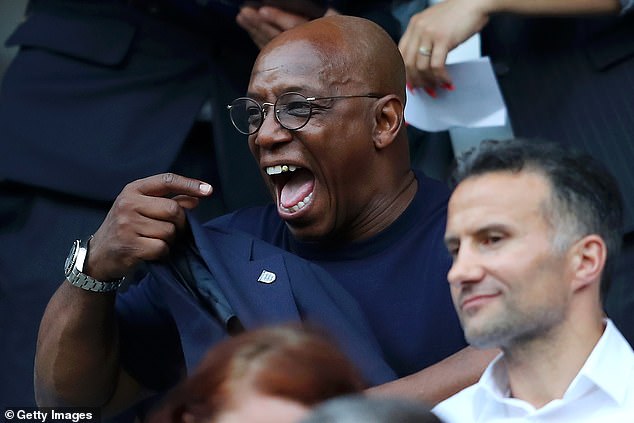 England forward Fran Kirby was especially impressed that Neville brought out ‘the big guns’ to spur on his Lionesses ahead of the crucial Norway match.

‘Obviously Becks came with his little girl and it was really special to meet her because she’s a big England fan,’ Kirby said after the match.

‘She came in with her England shirt on and it was really special for all of us. When there’s big games, Phil brings out the big guns.’

It clearly had a telling effect on the players, who went out and blitzed their opposition on Thursday evening. Jill Scott struck early before Ellen White doubled the lead before half time.

Bronze then added the gloss with her thunderbolt which sent the Lionesses roaring through to the last four.

They will face either the USA, the tournament favourites, or France – they play their quarter-final on Friday night at the Parc des Princes.

Having already called in favours from the likes of Beckham, it remains to be seen which ‘big guns’ are rolled out for the semi-final next Tuesday. 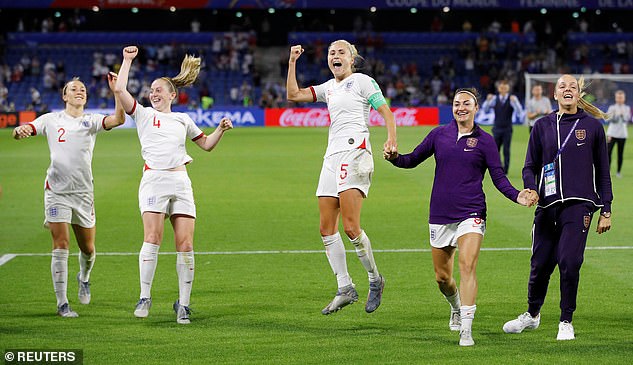 England are now through to the semi-finals, in which they will play either the USA or France