ROTHERHAM UNITED'S Championship clash with Cardiff City was called off just an hour before kick-off due to heavy snowfall.

Yorkshire has been layered in plenty of snow in the wake of Storm Bella. 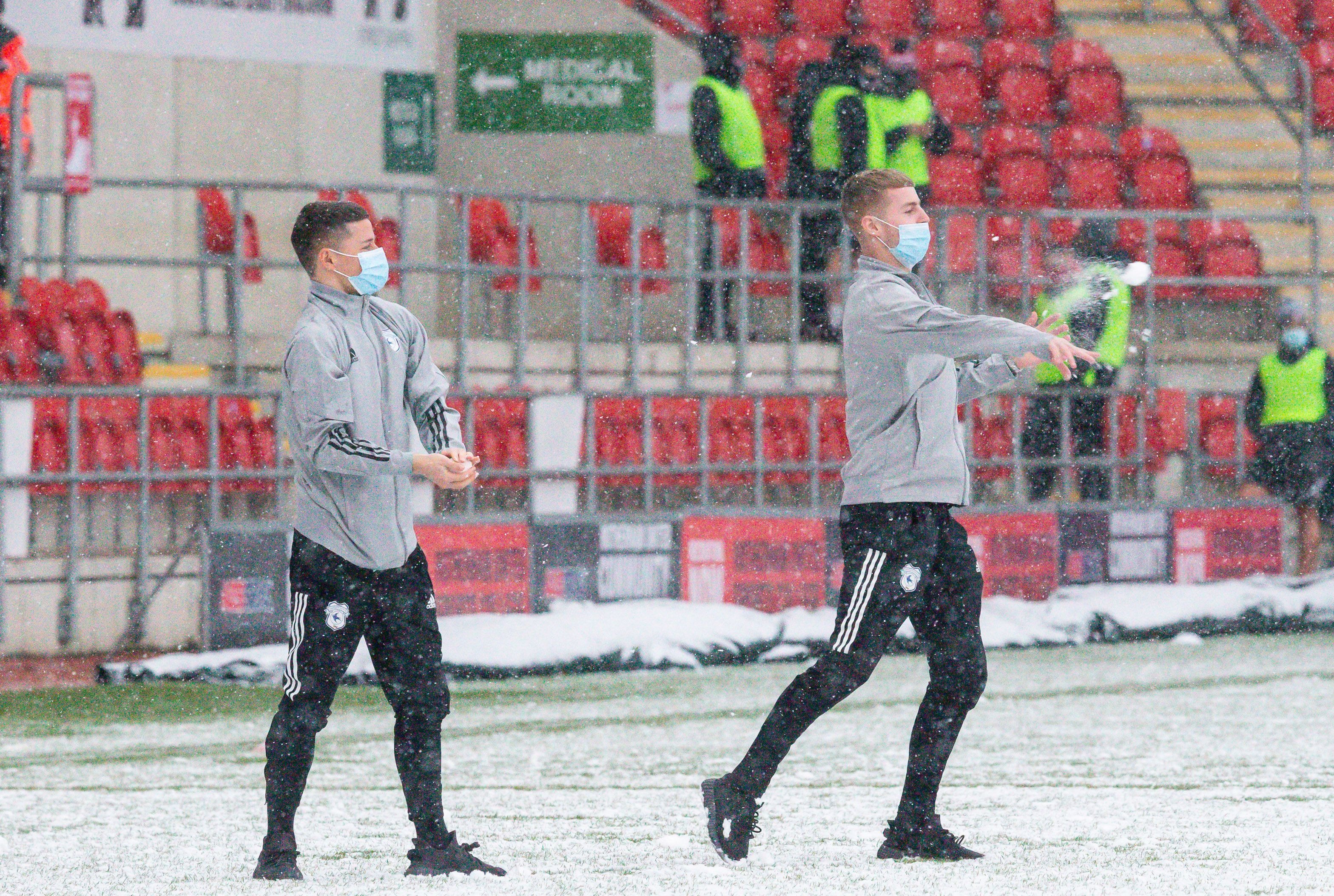 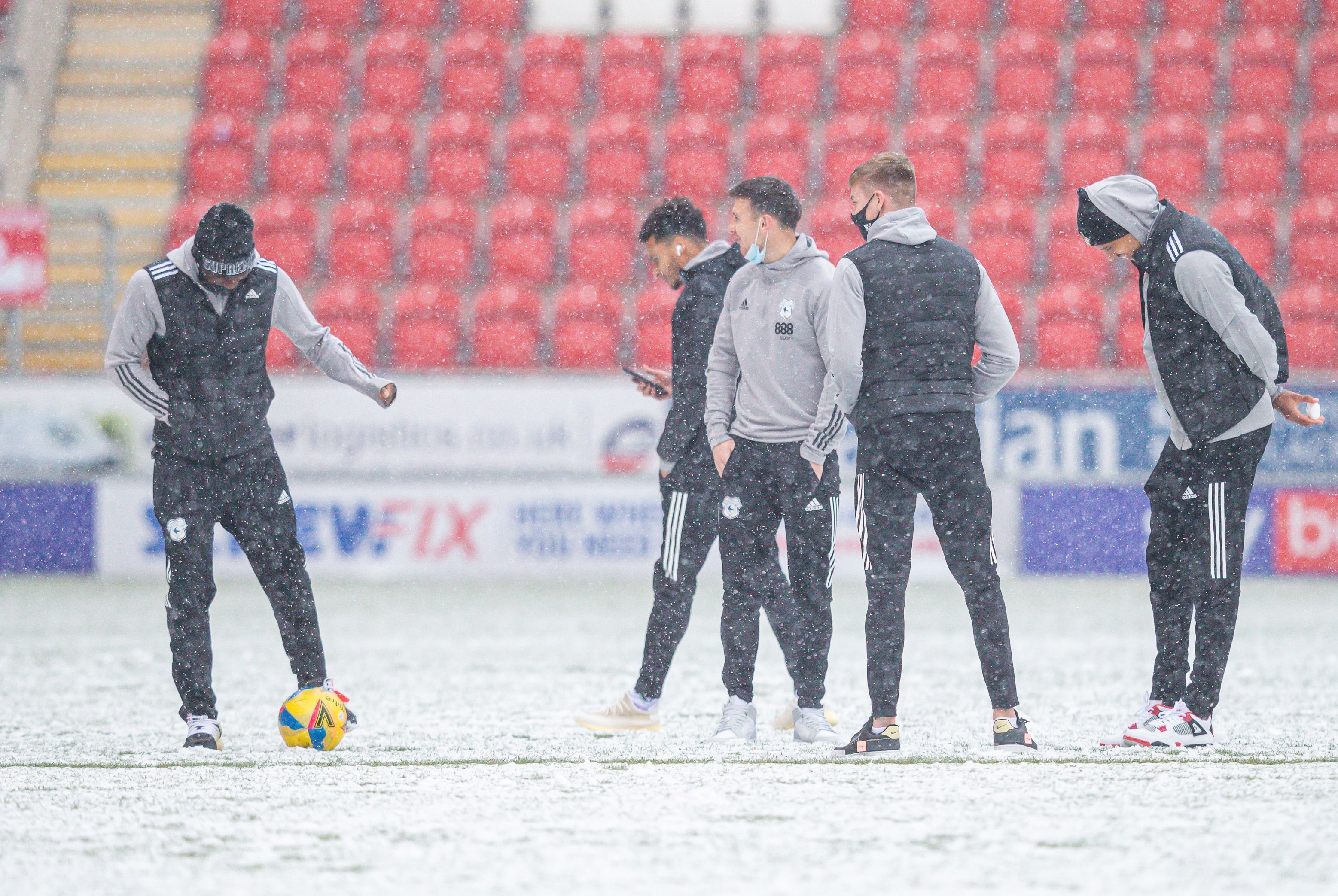 And in a late flurry before today's scheduled match, Rotherham's New York Stadium found itself covered in enough to make a snowman.

But rather than do that, the visiting Cardiff players shook off the disappointment of not having a game to play… by having a snowball fight instead.

Rotherham's official statement cited 'player safety' as their top priority in deciding to postpone the match.

But some cheeky Cardiff players could be seen taking theirs into their own hands on the pitch.

Masked stars were pictured having fun as they launched little snowballs at each other.

Players were also photographed getting a football out and giving the pitch a little try.

But already coated in white, it was never going to be safely playable.

The postponement means that the Millers, who already had two games in hand on their rivals, could go bottom of the Championship this afternoon – if Wycombe Wanderers manage to beat Middlesbrough at Adams Park. 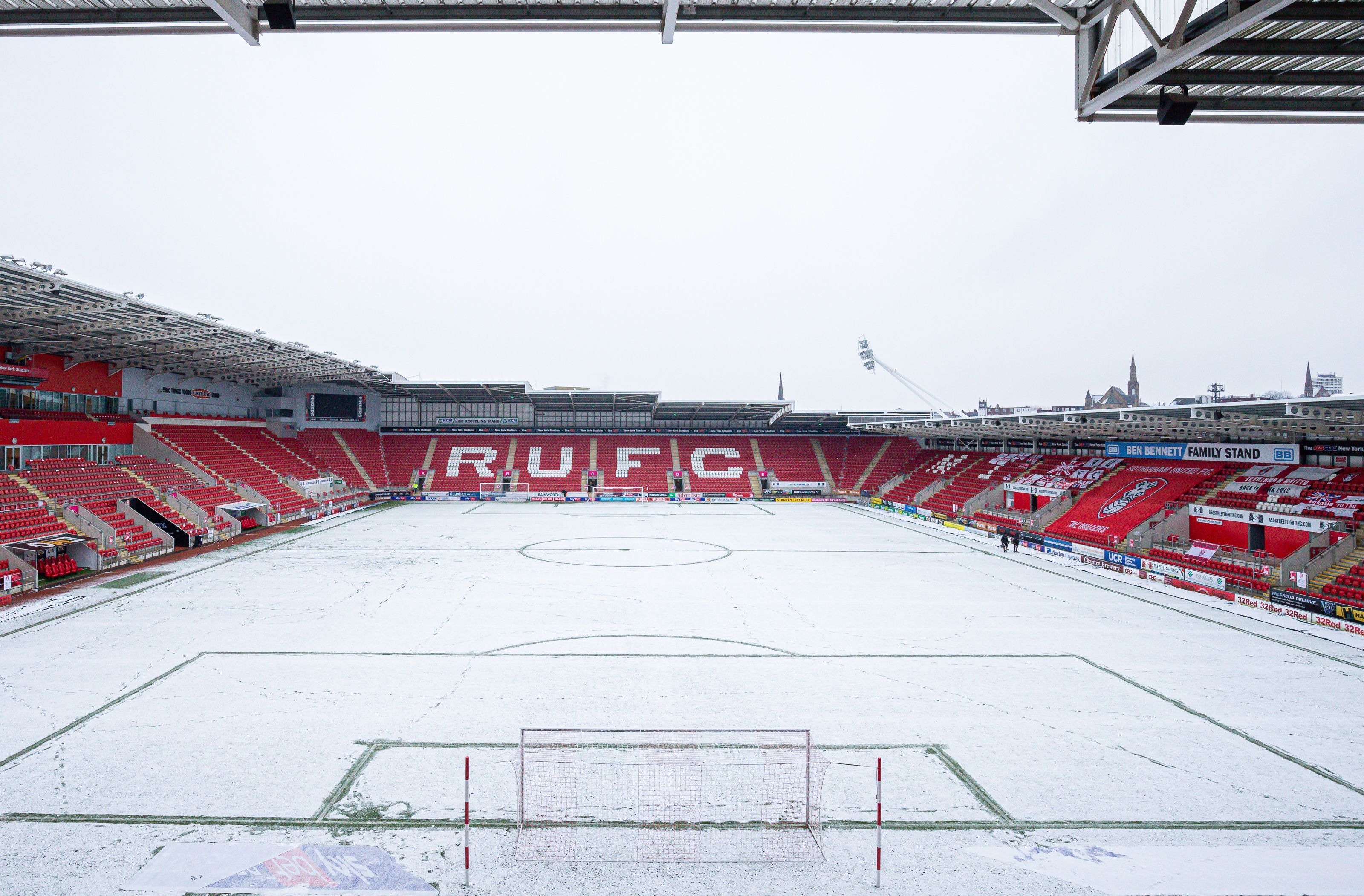 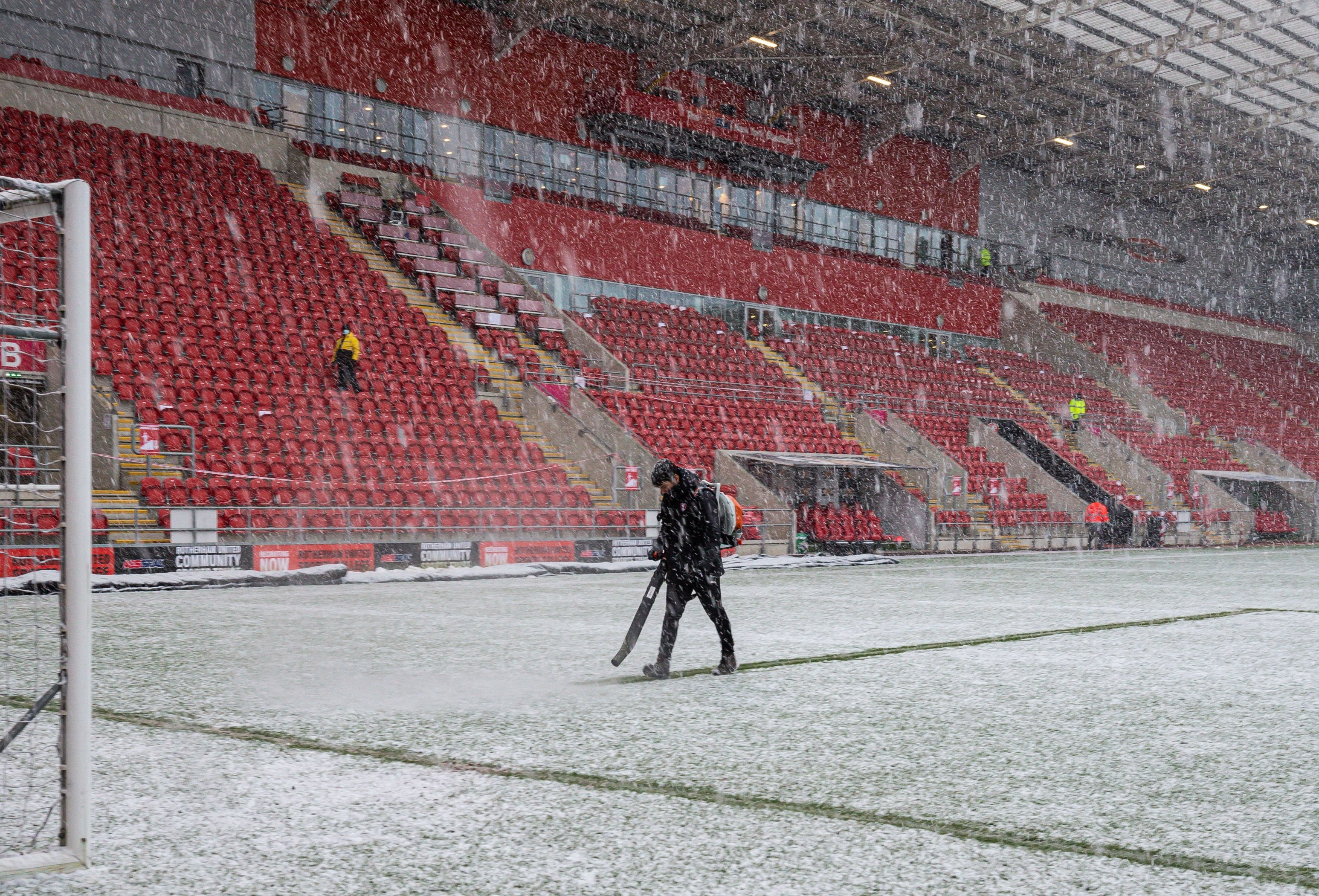 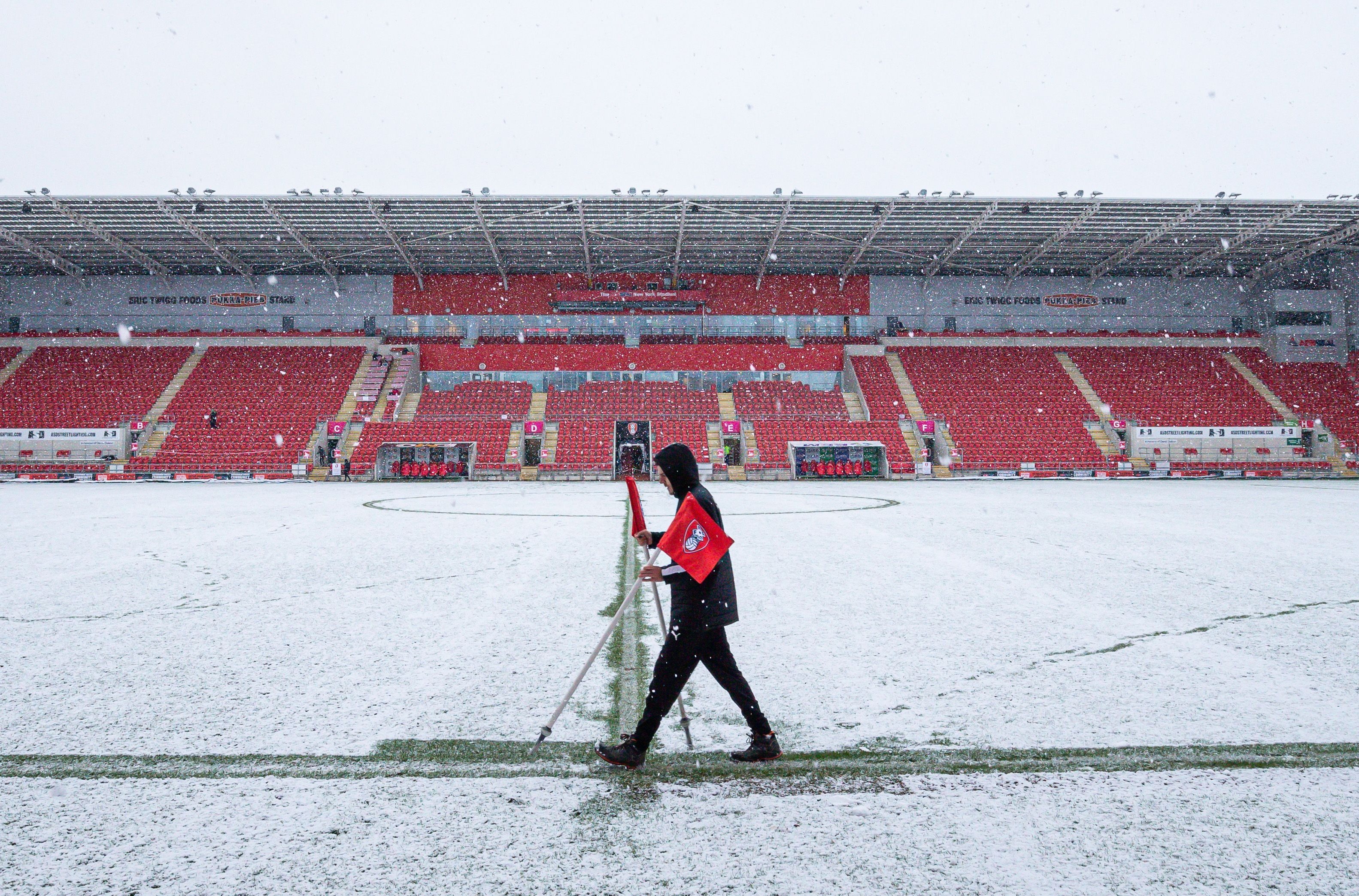 Cardiff, meanwhile, will remain in a slightly disappointing 15th.

Rotherham played their first game in nearly two weeks on Tuesday, when they took on Yorkshire foes Barnsley at the New York Stadium.

It was a disappointing return to action for boss Paul Warne and Co, however, as they fell to a 2-1 defeat.

Their next match will be their FA Cup trip to Everton.