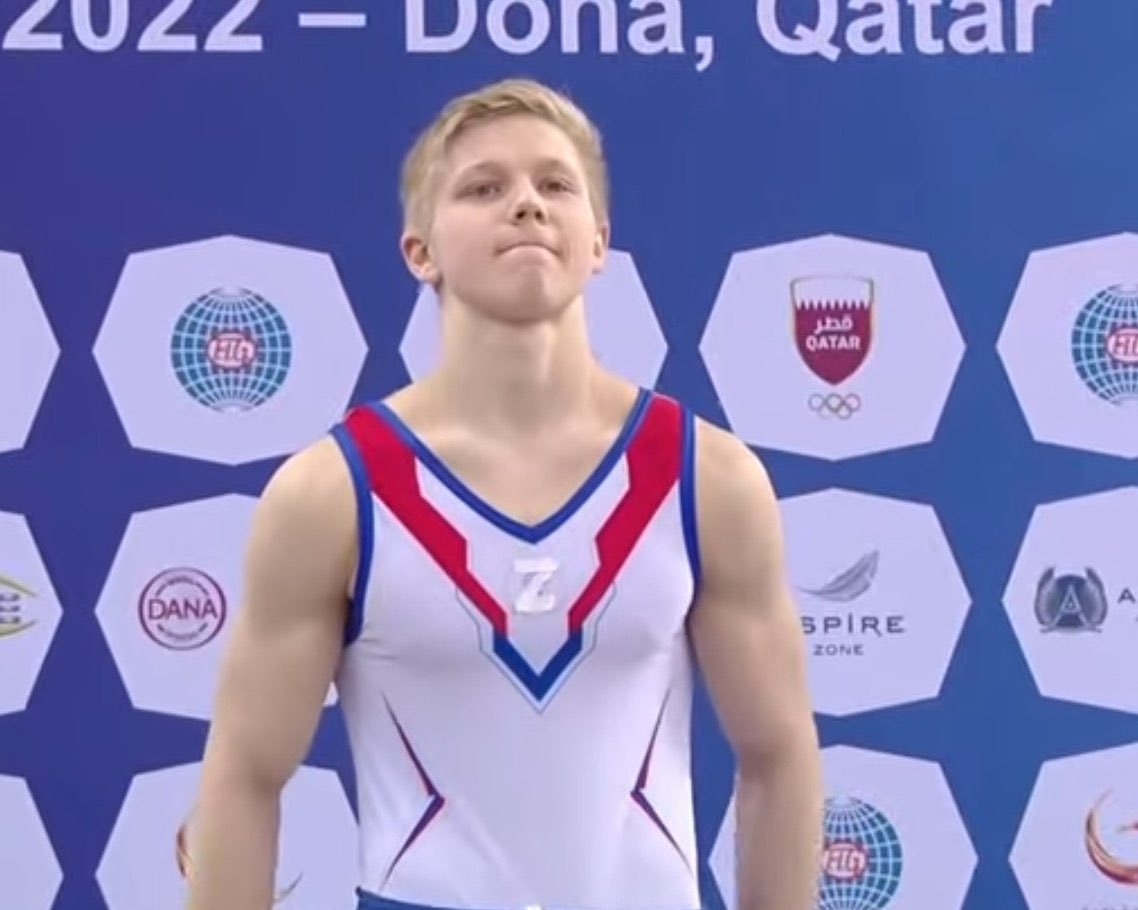 Russian gymnast Ivan Kuliak is facing disciplinary action after wearing his nation’s ‘Z’ war symbol during an event and medal ceremony which included a Ukrainian athlete.

The 20-year-old won bronze in the parallel bars at the Doha World Cup over the weekend, while Ukraine’s Illia Kovtun took home the gold medal.

During his routine and in the medal ceremony alongside his Ukrainian rival, Kuliak had taped a white ‘Z’ over the Russian Olympic Committee logo on his leotard.

The same symbol has been seen painted on Russian military vehicles which have been used to invade Ukraine.

It’s understood that the symbol is used to help Russia’s army identify its own vehicles, and it also represents the Russian phrase ‘for victory’.

But now Kuliak, who received training from the Russian army in November, will face action over his decision to wear the symbol.

The International Gymnastics Federation has described Kuliak’s actions as ‘shocking behaviour’ and disciplinary proceedings have now been opened.

A statement from the governing body read: ‘The International Gymnastics Federation (FIG) confirms that it will ask the Gymnastics Ethics Foundation to open disciplinary proceedings against Ivan Kuliak following his shocking behaviour at the Apparatus World Cup in Doha, Qatar.’

Last week, the International Gymnastics Federation confirmed that all Russian and Belarusian gymnasts and officials are banned from international competitions indefinitely as of this Monday.