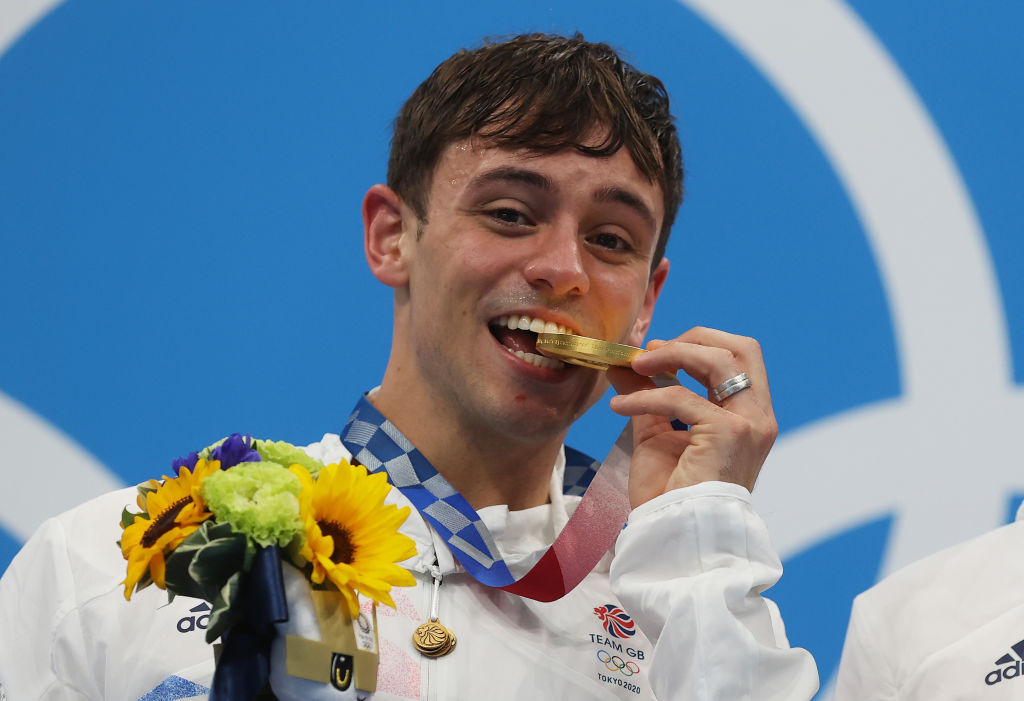 Tom Daley has been the victim of homophobic insults on Russian state TV, with New Zealand’s transgender weightlifter Laurel Hubbard branded a ‘psychopath’.

Channel Rossiya 1 aired a number of homophobic slurs targeting Daley, including LGBT people described as an ‘abomination’ by one panellist who is a member of the Russian parliament.

Hubbard’s participation in women’s weightlifting in Tokyo was described as ‘smut and perversion’ by MP Alexei Zhuravlyov, who said he was ‘disgusted’ by LGBT people.

Spiridon Kilinkarov, a former member of the Ukrainian parliament, said: ‘I do not think transgender people have any prospects in Russia, because they love men, while Russian men love women.’

The New Zealander was also mocked on Channel One in Russia as a male presenter wore a wig to make fun of her.

Anatoly Kuzichev also called transgender people ‘psychopaths’ who should be treated by psychiatrists.

The International Olympic Committee has responded, contacting their broadcasting partners in Russia over the shocking comments and stating that ‘discrimination has absolutely no place at the Olympic Games.’

In a statement provided to the BBC, the IOC wrote: ‘We have been in contact with our contractual broadcasting partner in Russia in order to get clarity on the situation and to underline the Fundamental Principles of the Olympic Charter and we are following up accordingly.’