Russian tennis player Andrey Rublev is against the invasion of Ukraine

‘No War Please’: Russian tennis star Andrey Rublev sends a visual message to Vladimir Putin in response to his country’s invasion of Ukraine after writing on a camera lens following his thrilling three-set win in Dubai

Russian tennis star Andrey Rublev has made his thoughts clear on his country’s actions against Ukraine in recent days.

A full-scale invasion on Ukraine, ordered by president Vladimir Putin, began on Thursday morning, and Rublev took to the court at the Dubai Duty Free Tennis Championships the following day.

The World No 7 dropped the opening set of his semi-final clash with Hubert Hurkacz, but he battled back to take the match to a deciding set.

Following the match, Rublev grabbed a pen and appeared to be set to sign his name on a camera.

However, he opted for a different message as he wrote: ‘No War Please.’

As the three words popped up on screens at the venue, the crowd appeared to support Rublev’s view as the 24-year-old received a warm reception from those in attendance.

He is far from the only Russian citizen to hit out at Putin’s regime. Thousands of people protested in cities across Russia, including Moscow and Saint Petersburg, on Thursday. 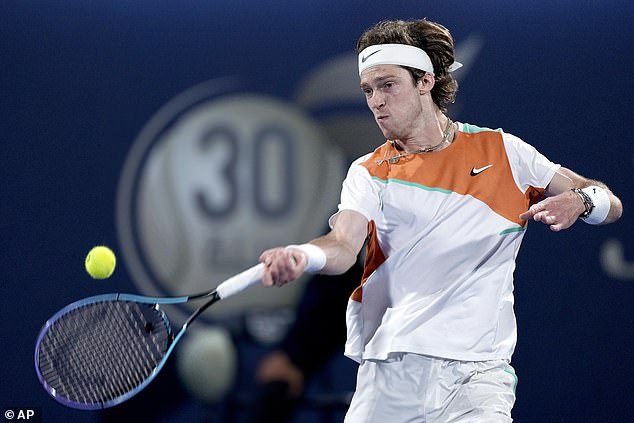 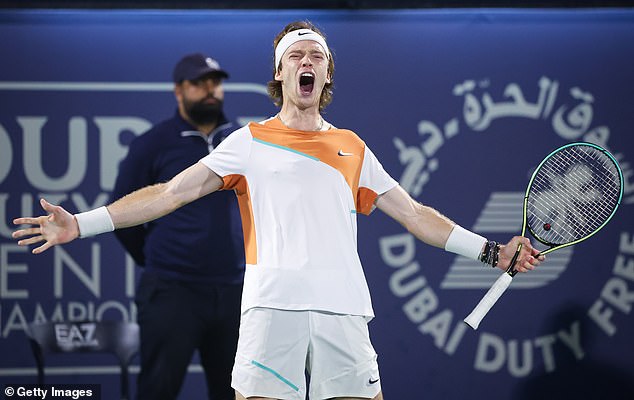 It is understood that over 1,700 people were arrested, and were accused of ‘treason’ for going against Putin.

Now, Rublev has become one of the first sports stars from Russia to declare his disapproval for the invasion of Ukraine.

He will be back in action in the final on Saturday, looking to claim the 10th title of his career. 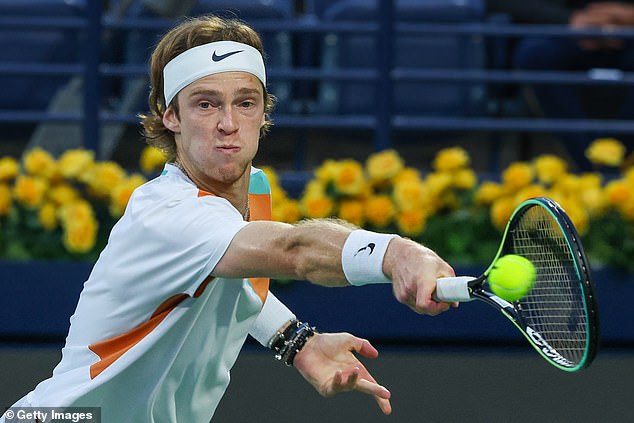