Home » Sport » Ryder Cup rules: What is a four ball and a foursome? How the tournament scoring works

Ryder Cup rules: What is a four ball and a foursome? How the tournament scoring works

EUROPE will be hoping to retain the Ryder Cup from the American team in Wisconsin.

The action is set to start on Friday, September 24, but do you know the difference between a fourball and a foursome? 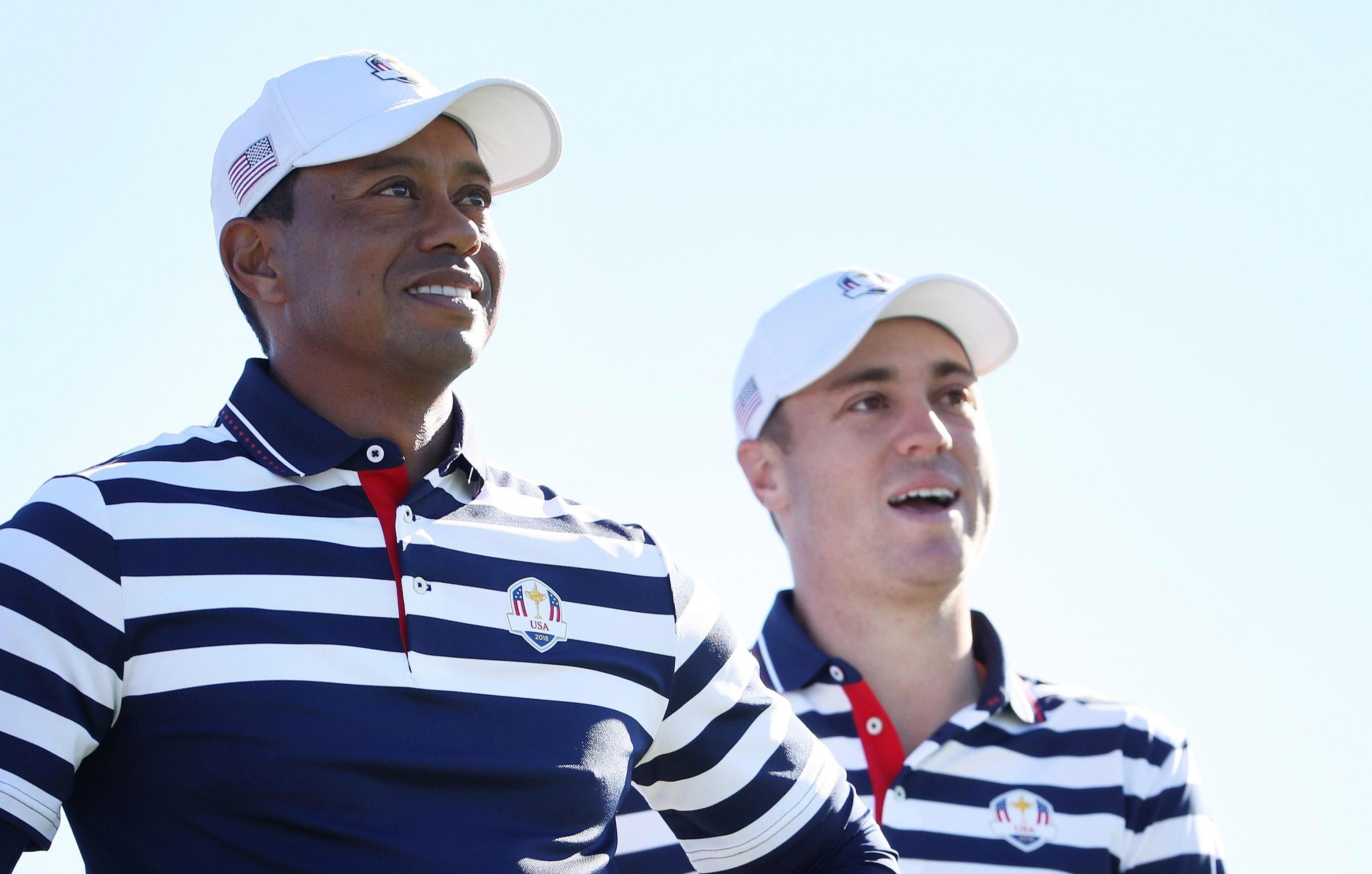 What is a foursome?

Teams play in pairs with their players taking alternate shots with the same ball until the hole is finished.

This can be tricky if players have to use a ball they are not accustomed to.

They also take turns over tee shots – with one taking the odd numbers and the another taking the even ones – meaning one player could make a putt and then take his team’s first shot on the following hole.

With the foursomes split across two days, Thomas Bjorn and Jim Furyk can pick players to play twice, in the same or different pairs.

Using a matchplay scoring system, each team picks up one point for winning their 18-hole match and half a point for drawing.

With eight matches played in the format, there are eight points up for grabs.

What is a fourball?

Teams again play in pairs but the difference to foursomes is that, as the name suggests, there are four balls on the course.

Each golfer plays their own ball and the lowest score on each hole is used to determine which team wins it.

Again, there are a total of eight matches split across Friday and Saturday – this time in the afternoon – with another eight points available.

Players can feature in the event on both days, meaning it is possible that someone could play 72 holes over Friday and Saturday.

Is the fourballs or foursomes played first in the Ryder Cup?

The order in which the fourballs and foursomes are played is decided by the home team captain.

What are the singles?

All 12 men picked for their teams play one head-to-head contest, with each one worth a point.

As with foursomes and fourballs, the two captains reveal the order of their players at the same time. That way no team gains an unfair advantage.

How does the scoring work?

With a total of 28 points played for overall, the first team to notch up 14½ points wins the Ryder Cup.

If it ends in a 14-14 draw then Europe will retain the trophy.