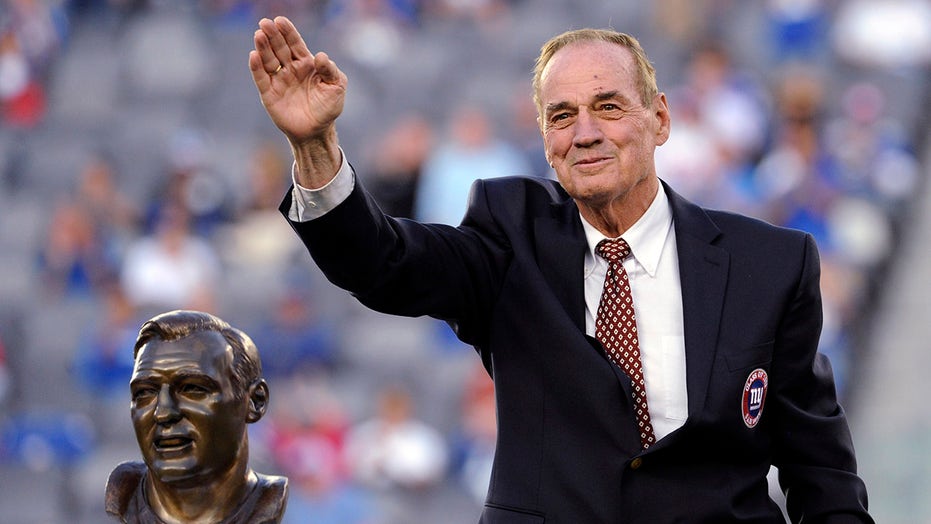 Sam Huff, a Pro Football Hall of Fame linebacker who was a two-time All-Pro and an NFL champion, died Saturday. He was 87.

Deborah Matthews, the lawyer for the Huff family, told the Associated Press Huff died of natural causes in Virginia. He was diagnosed with dementia in 2013. 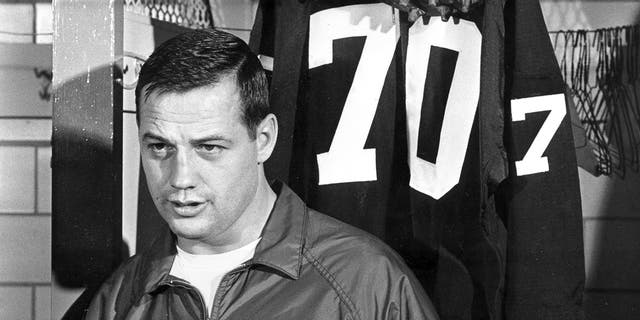 FILE – Washington Redskins’ Sam Huff poses in front of his jersey in the locker room in Washington in December 1967. Huff announced his retirement at season’s end. Huff later returned to play with the Redskins. Huff, the hard-hitting Hall of Fame linebacker who helped the Giants reach six NFL title games from the mid-1950s to the early 1960s and later became a popular player and announcer in Washington, died Saturday, Nov. 13, 2021. He was 87.
(AP Photo, File) 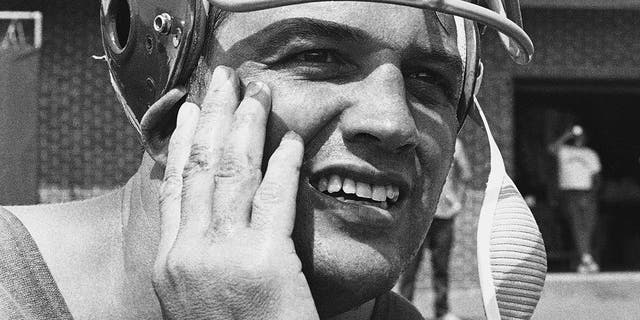 He then played for the then-Washington Redskins from 1964 to 1969 and later became a broadcaster for the team for more than 30 seasons.

“We are deeply saddened to hear of the passing of Pro Football Hall of Famer and Washington Ring of Fame inductee Sam Huff. Anyone who knew Sam knew what an amazing person he was. He was an iconic player and broadcaster for the franchise for over 40 years and was a great friend to our family,” Dan and Tanya Snyder said in a joint statement.

“He represented the franchise with honor and respect on the field and in the booth and was beloved by our fans. Tanya and I would like to extend our deepest condolences to all of Sam’s family and friends during this time.”

Huff was the second NFL player to be featured on the cover of Time magazine, appearing on Nov. 30, 1959. Bobby Layne, the Detroit Lions quarterback of the time, was the first five years prior. 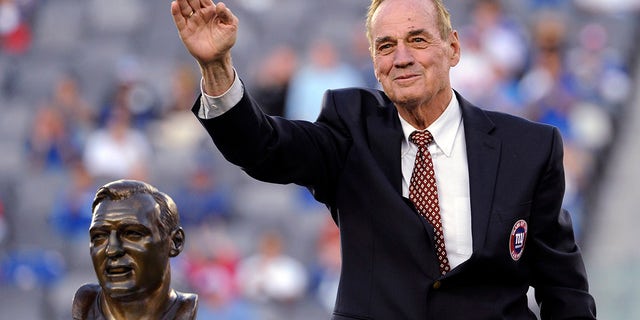 FILE – Former New York Giants linebacker Sam Huff waves to the fans as he stands behind his Hall of Fame bust during the halftime show of an NFL football game between the Giants and the Denver Broncos on Sept. 15, 2013, in East Rutherford, N.J.
(AP Photo/Bill Kostroun File)

“Mountaineer Nation is saddened to learn of the passing of WVU football legend Sam Huff. What a great Mountaineer who always cared for and loved his university,” West Virginia athletic director Shane Lyons said.