IT should have been all-ova for Moldova long before the end.

But Scotland kept the Tartan Army sweating right until the final whistle. 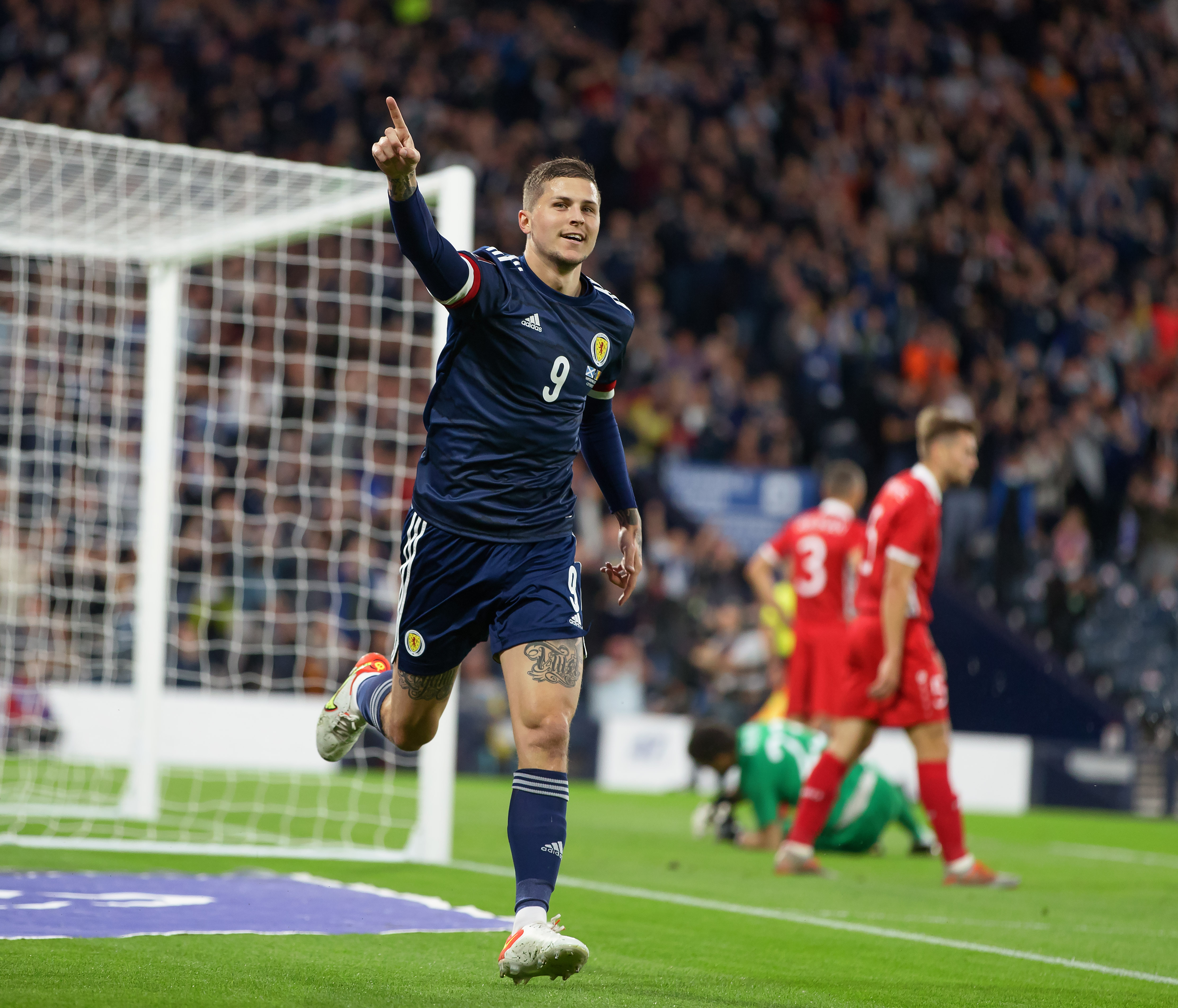 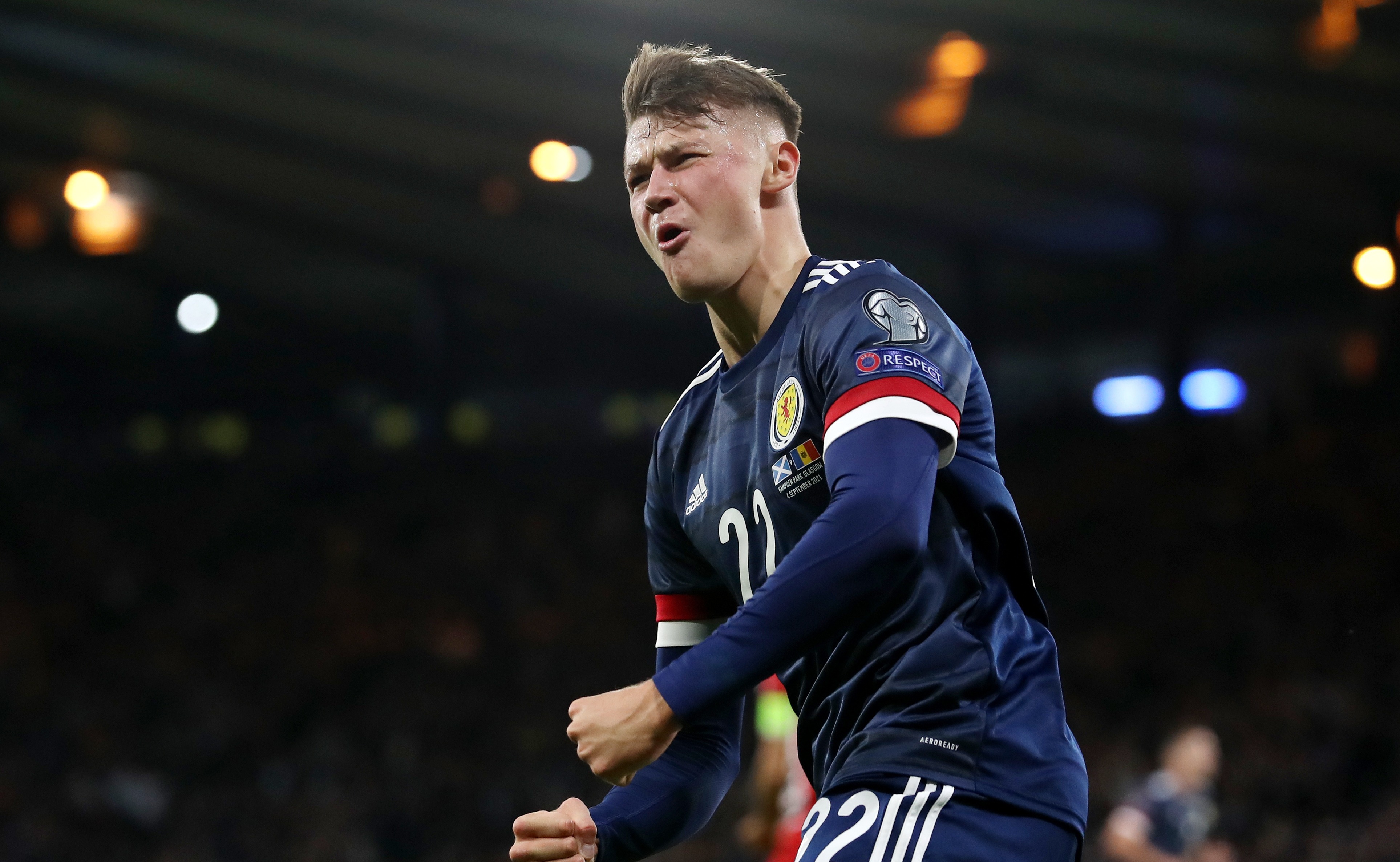 Lyndon Dykes’ 13th minute tap-in looked like sending Steve Clarke’s side on their way to a comfortable victory against one of Group F’s makeweights.

Yet chance after chance was missed to make this the easy victory it should have been.

Moldova – ranked 175th in the world – offered next to nothing yet still hung in the game until the last kick of the ball.

Clarke will point to the victory as all that matters and he’s right.

Getting all three points was the be-all and end-all here.

But while the overall performance was decent from middle to front the finishing in front of goal had to be better.

It was a better looking team, even on paper.

Six changes Clarke made to the one he picked over in Copenhagen.

Liam Cooper, Scott McKenna, Callum McGregor, Ryan Fraser, Kenny McLean and Che Adams all dropped out of the line-up and onto the bench.

No harm to those benched.

But it was clear even before a ball was kicked that it was a younger more vibrant group of players.

There will be changes again for next week’s massive game against Austria in Vienna. Clarke will probably look to freshen things up like he did here.

But he needs to replicate the level of energy that was evident at kick-off here.

Listen, this result should have been much, much more comfortable than it turned out to be. Scotland’s finishing has to be better in front of goals in the games ahead.

But the overall performance was still good enough win deserve the win.

Patterson and McGinn were particularly key to it all, along with Billy Gilmour who kept his place from Copenhagen and ran the show in the middle of the park.

In Patterson Scotland have a proper talent and someone who had the world at his feet.

While ‘Super John’ just brings something to this team that no other player’s got. The supporters adore him and show it by constantly singing his name, just in case he ever forgets what he means to them.

It’s those three players who give the Tartan Army the most hope.

Scotland had more than enough chances to win easily and score some goals to boost confidence and raise morale.

But Moldova offered next to nothing as an attacking force.

It seemed like when Scotland took the lead after 13 minuets they’d really grab the initiative but it didn’t quite turn out that way.

The goal came from Patterson pressing the game so high up the pitch.

He won the ball in an area where teams want to win it, played a one-two with Kevin Nisbet and forcing a save from the Moldova keeper.

Unfortunately for him he only got a hand to the ball and Dykes simply had to hit the net with a tap-in from two yards.

It was the perfect start.

It would have been such an easier night had Clarke’s men been able to get a killer second goal before the stroke of half-time.

And there were enough opportunities.

Kieran Tierney should have buried a header from a corner before skipper Andy Robertson, on his 50th cap, blasted high over the crossbar from inside the box.

KT had another go from distance with Billy Gilmour also chancing his arm with a shot from 25 yards.

Moldova didn’t have that kind of quality in their side, albeit they did have one or two moments in the first-half to give them some encouragement.

Striker Mihail Ghecev didn’t miss the target by much after cutting inside off the right.

But Scotland’s only real enemy going into the second-half was complacency. There was absolutely nothing to suggest they wouldn’t get another couple of goals to seal the victory to take over to Austria.

That’s what the supporters were expecting as they roared the team back out onto the pitch as Runrig blasted out the PA system.

Maybe it was only natural that the high levels of energy would drop the longer the game wore on but there were still chances for Scotland to put the game to bed.

NO WRITE OFF Celtic boss Postecoglou made a mistake against Rangers – but the title race will be tight, says Davie Provan

McGinn pounced on poor play out from the back and could have got a goal.

While Gilmour missed a glorious opportunity to score in 61 minutes when he failed to hit the target from inside the box.

With only one goal in it, anything was possible.

Moldova hadn’t troubled Craig Gordon at any stage in the game but Clarke made changes in the closing stages to try and shore things up and avoid anything stupid from happening.

McGinn, Nisbet, Gilmour, Robertson and Dykes were all taken off and replaced by McGregor, Adams, McLean, Cooper and David Turnbull.

Scotland kept searching for a second goal to seal victory but the Moldova keeper kept escaping.

In 86 minutes Christie became the final player to blow a chance of a goal after doing brilliantly to create a yard of space for himself on the edge of the box.

He looked all set to score but leaned back on his shot and the ball flew over.

It was just one of those nights in front of goal – apart from that one tap-in Dykes had early on. The one touch of the ball that mattered most of all. 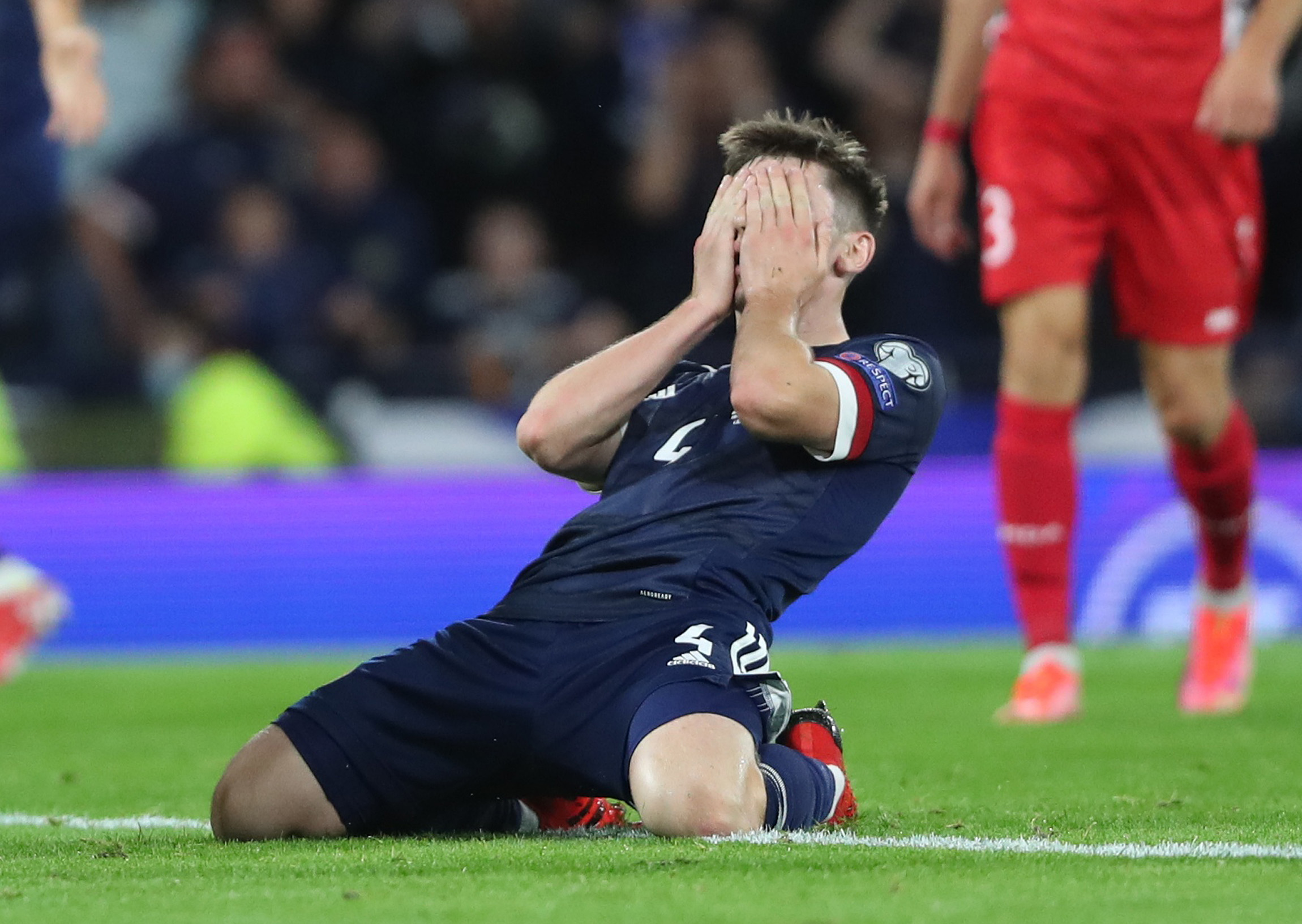 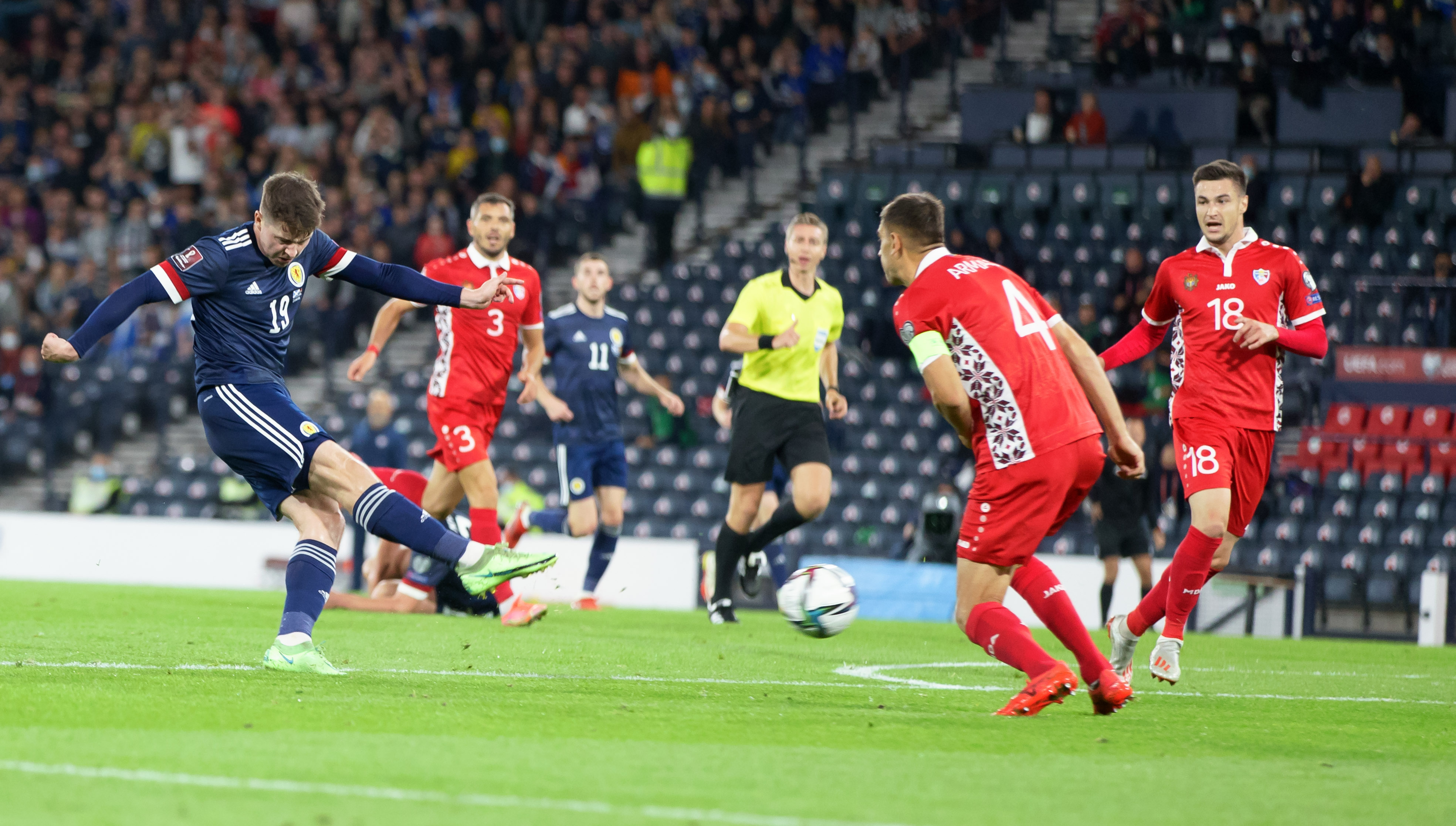