SCOTT BROWN is locked in talks with Aberdeen about TERMINATING his contract with immediate effect.

And it appears the Celtic hero could retire and focus on the next stage in his career – with an announcement expected as early as TODAY. 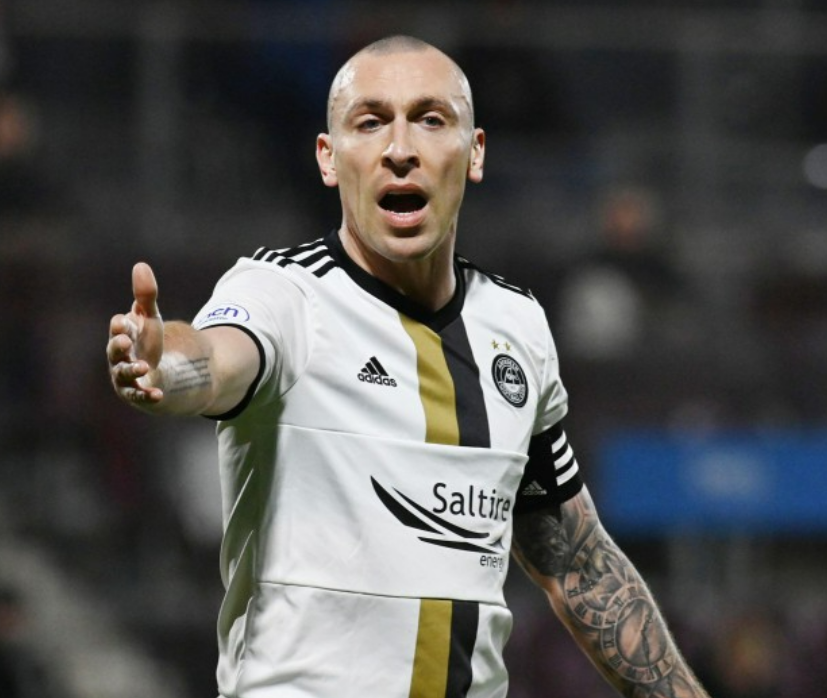 Brown moved to Pittodrie last summer to work alongside pal Stephen Glass to take on coaching responsibilities while playing.

Glass was sacked last month with Aberdeen toiling in the bottom half of the table.

Jim Goodwin took over, with Brown in the running to replace Goodwin at St Mirren before Stephen Robinson’s appointment.

The Reds captain has struggled to keep fit during Goodwin's short tenure to now and was absent from the travelling squad that lost out narrowly at Rangers on Saturday.

And that experience could have whet the appetite for the former Scotland skipper as he looks set to explore the next stage of his career.

An announcement is expected in due course but could come later this afternoon.

Brown won 22 trophies in 14 years during a hugely successful spell for Celtic after coming through at Hibs.

Boss Goodwin signaled on day one that Brown's coaching on the training pitch might be limited as he works to get the Reds up the table.

He said: “He might get a bit frustrated with a lack of opportunity on the training pitch as this is a key moment for me and the rest of the squad.

“I have to get my ideas over to the players and make them understand what I’m asking them to do.”

TAYLS UP Celtic ace Greg Taylor is UNDROPPABLE in current form, he should be first name on teamsheet says Nicholas

And Goodwin moved to clear up the reason behind the veteran missing the clash with the Light Blues – insisting there was no issue at all.

Speaking about the player-coach, he said: "There was no issue at all.

"Scott played on Wednesday, his first game for a wee while after being out with a hamstring problem, and just had a wee bit of fatigue in his legs.

"We didn't want to risk him with the chance of possibly breaking down and finding himself out injured again.

"It was a sensible decision, I think, from the medical team, from Scott himself and from me."