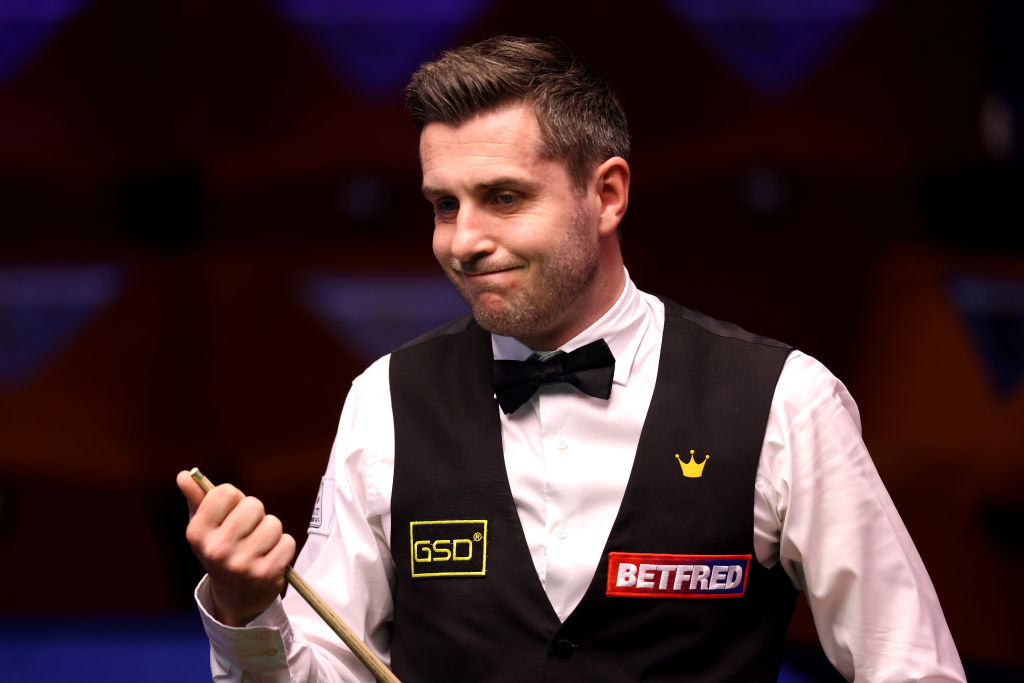 Mark Selby is the last man into round two at the World Snooker Championship after a 10-1 walloping of Kurt Maflin.

The three-time world champion was in tremendous form as he saw off the Viking comfortably, knocking in breaks of 142, 101 and six more half-centuries en route to victory.

Selby’s 142 is the highest break of the main stage of the tournament, but fell just short of Mark Davis’ 143 made in qualifying, which still holds the high break prize.

Norway’s number one made an impressive 91 in the only frame he won but was largely a bystander for the rest of the contest as the Jester from Leicester dominated the table.

Selby has laid down a marker with that performance and will be brimming with confidence as he heads into round two to face Mark Allen in a mouth-watering match.

‘I’ve come here as confident as I’ve been for a few years,’ said Selby. ‘Don’t get me wrong, it may not count for anything, you could easily go out next round and Mark Allen could play fantastic and beat me.

‘But at least you know it’s a good place to be, coming here confident rather than coming here searching for your game.’

The second round already got underway on Thursday afternoon as Ronnie O’Sullivan and Anthony McGill began their match, while Neil Robertson and Jack Lisowski got underway as Selby and Maflin started their second session.

It has been near total domination from the seeded players in Sheffield, with just two qualifiers coming through the opening round and they will meet each other in the last 16.

Stuart Bingham beat Ding Junhui and Jamie Jones upset Stephen Maguire to progress and they will play for a spot in the quarter-finals.