SHANE LOWRY cheekily revealed "I pulled last night" after waking up next to the Claret Jug.

The 32-year-old clinched the biggest win of the his pro career by an incredible six shots, after carding a superb 63 on his penultimate round, before hitting 72 on Sunday. 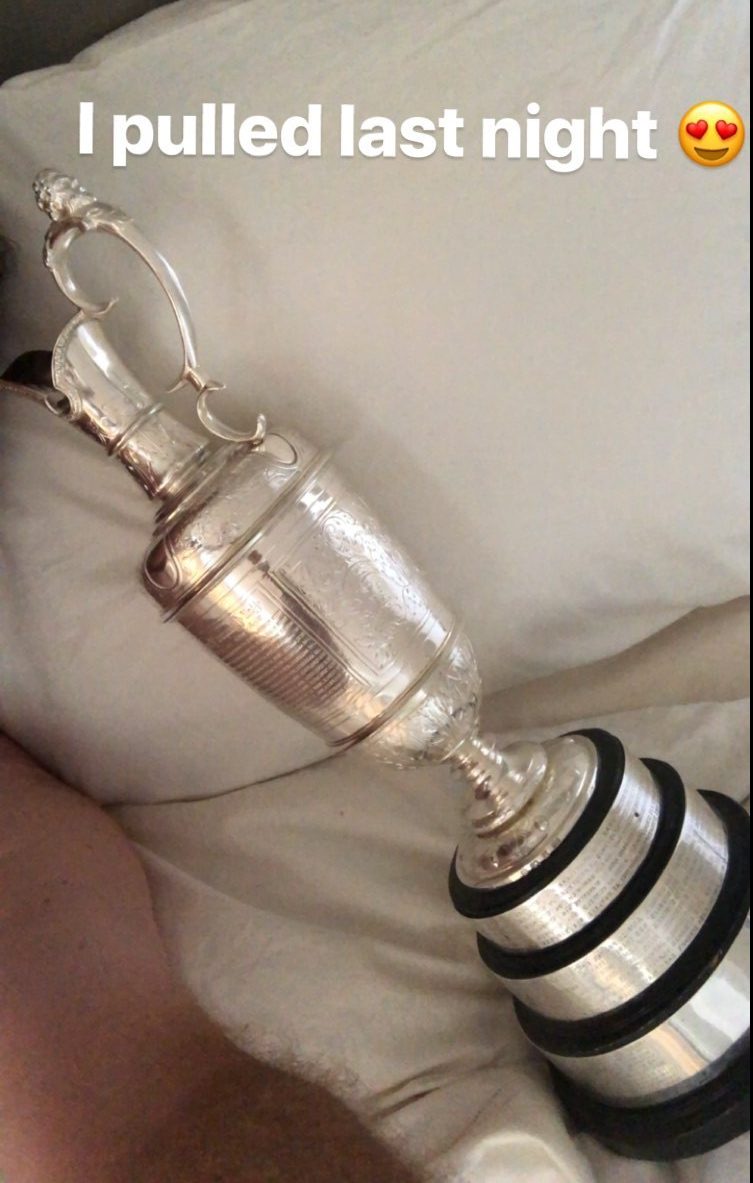 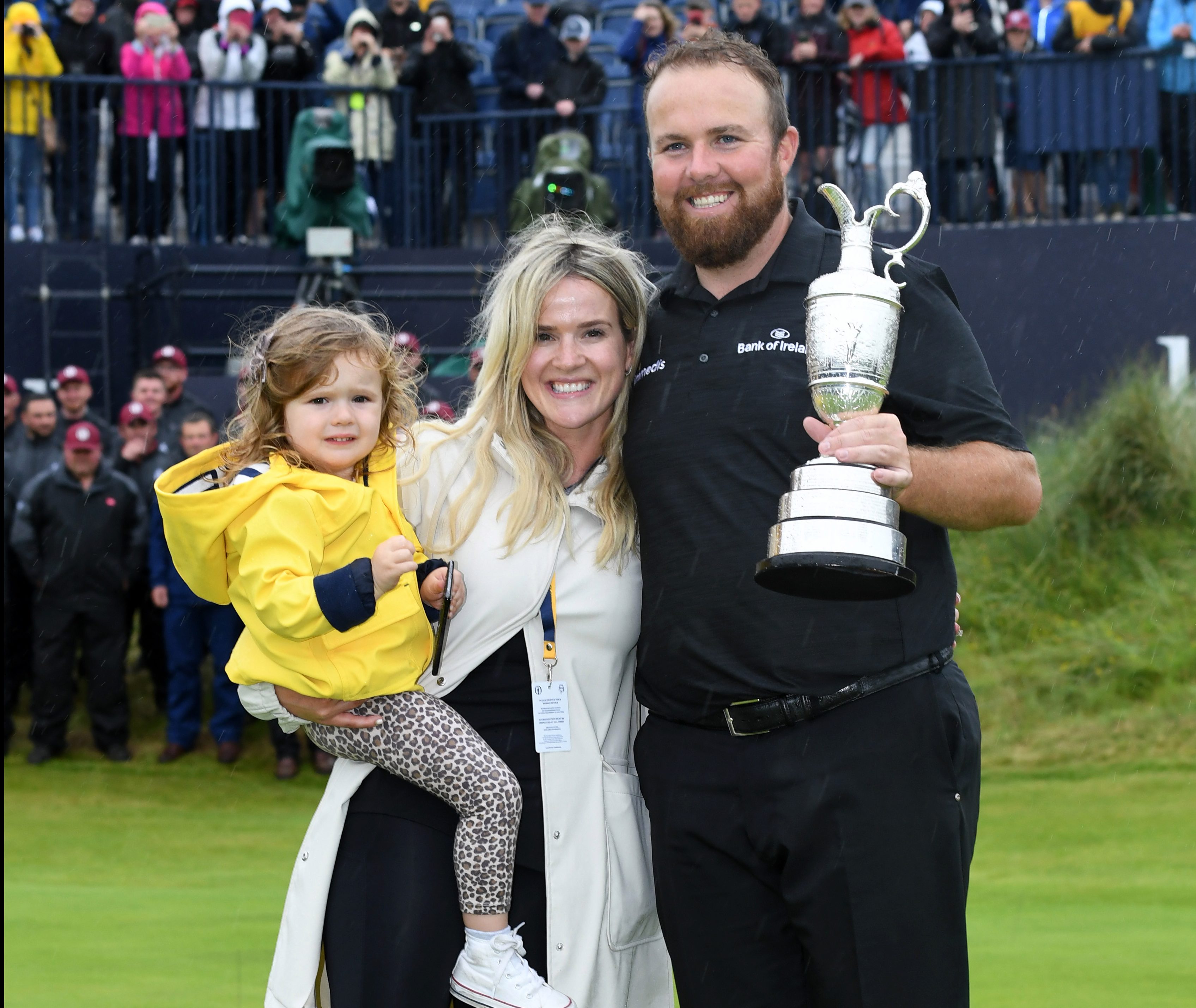 And after sealing the title and £1.5million prize money, his wife Wendy and winner Shane posted snaps of disbelief after waking up with the silverware.

On Sunday, Wendy headed on to the 18th with their daughter Iris, 2 — both in waterproofs — to grin with the trophy.

An intimate snap of the pair in a car later showed Wendy in the back seat grinning behind hubby Shane, who was in the front with the 147-year-old piece of silverware.

Irish pal Padrig Harrington revealed they "drank all the beer in the players lounge" before heading down to Dublin to continue the festivities at an upmarket bar.

They are understood to have partied at 37 Dawson Street, a venue that bills itself as an "eclectic bar" and has a bar dedicated to the finest whiskies.

While Rory McIlroy and Graeme McDowell faltered on familiar fairways, it was Lowry who whipped up an Irish fervour in County Antrim.

The down-to-earth couple married in New York in 2016 after meeting on a "random night out" four years earlier, while Wendy was working as a nurse.

Shane and Wendy snubbed a wedding with all the trimmings back home in Ireland — partly because the long guest list was starting to put unnecessary stress on Shane.

Instead, they went to the Big Apple and tied the knot in an intimate ceremony, two years after he got down on one knee and proposed on a Dubai beach.

Lowry said: "My wife and my little girl, Iris, to have them here today is extra special."

Wendy shared pictures of appreciation on her Instagram stories as they rolled in from around the golfing world.

SO HAPPY FOR YOU, SHANE

One of them was from Ireland rugby star Peter O'Mahony, who posted a snap of himself on the sofa with a beverage as the golf concluded.

One Direction star Niall Horan tweeted: "Huge congratulations to @ShaneLowryGolf. You're a great man, an incredible golfer and that was one hell of a performance.

"Watching an Irishman winning @TheOpen is an incredible thing. So happy for you Shane." 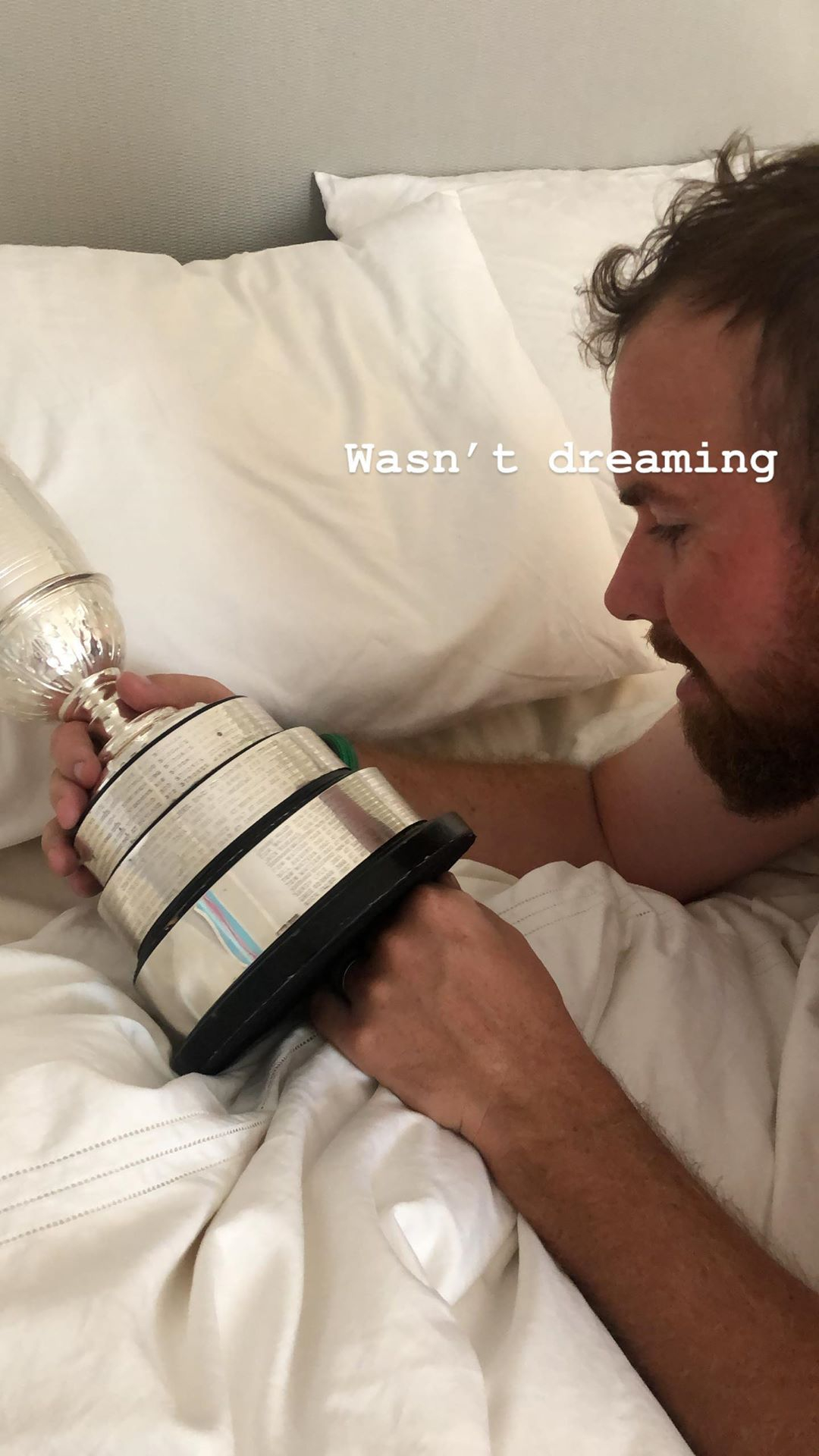 His fairytale victory overcame odds of 70-1 for a man who has been teased about his weight in the past and was branded "borderline lazy."

An emotional Lowry said: "My mum and dad sacrificed so much for me when I was younger and I'm so happy I can hand them this trophy tonight.

"My wife and my little girl Iris, to have them here today is extra special.

"All the fans, thank you so much, this one's for you. 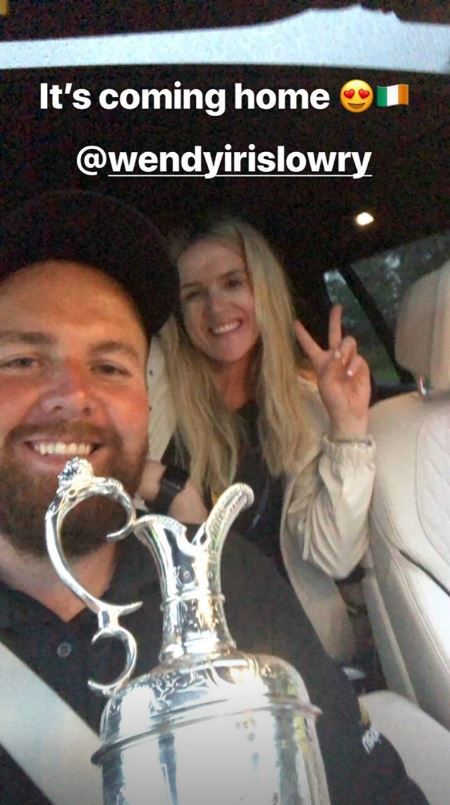 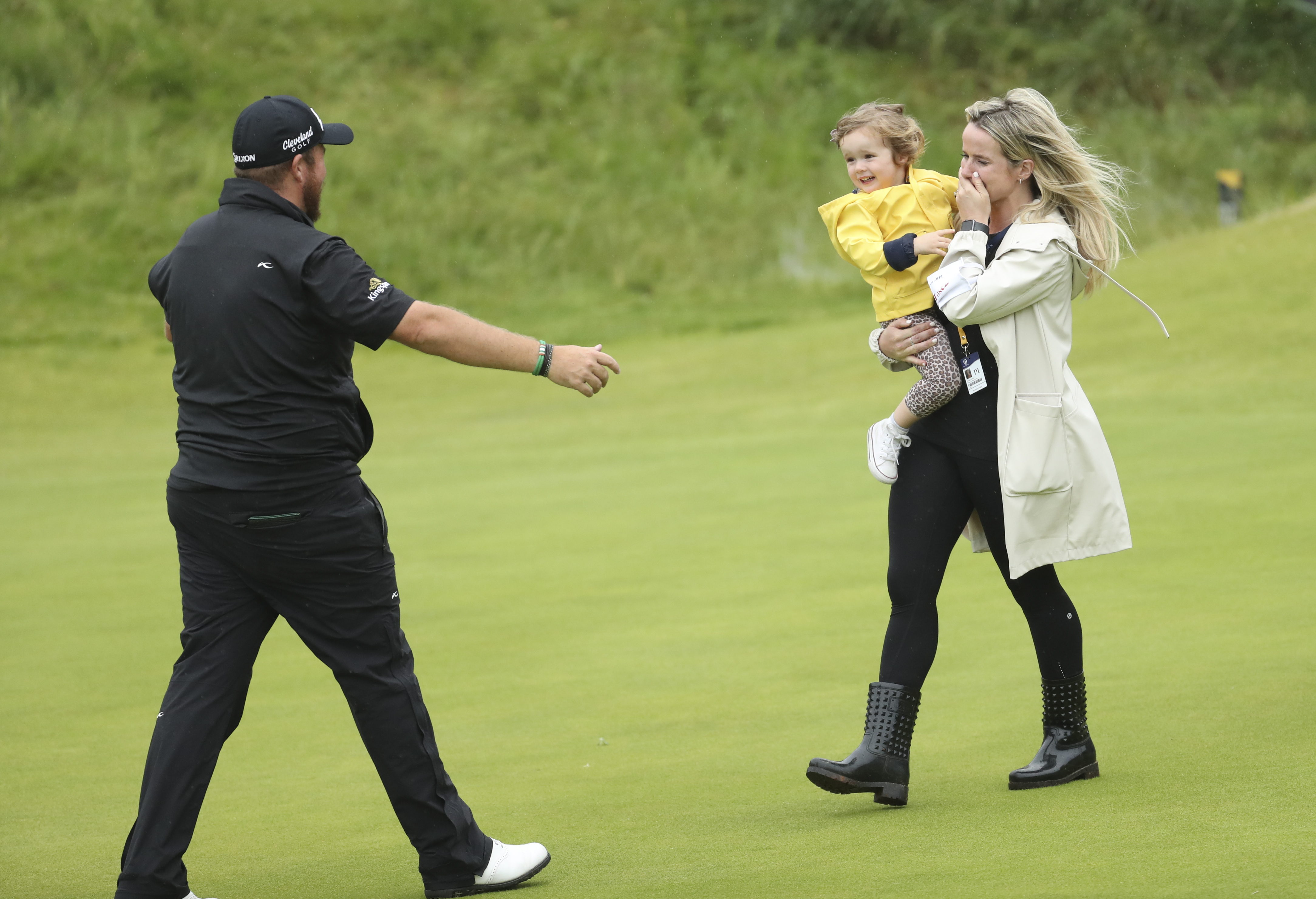 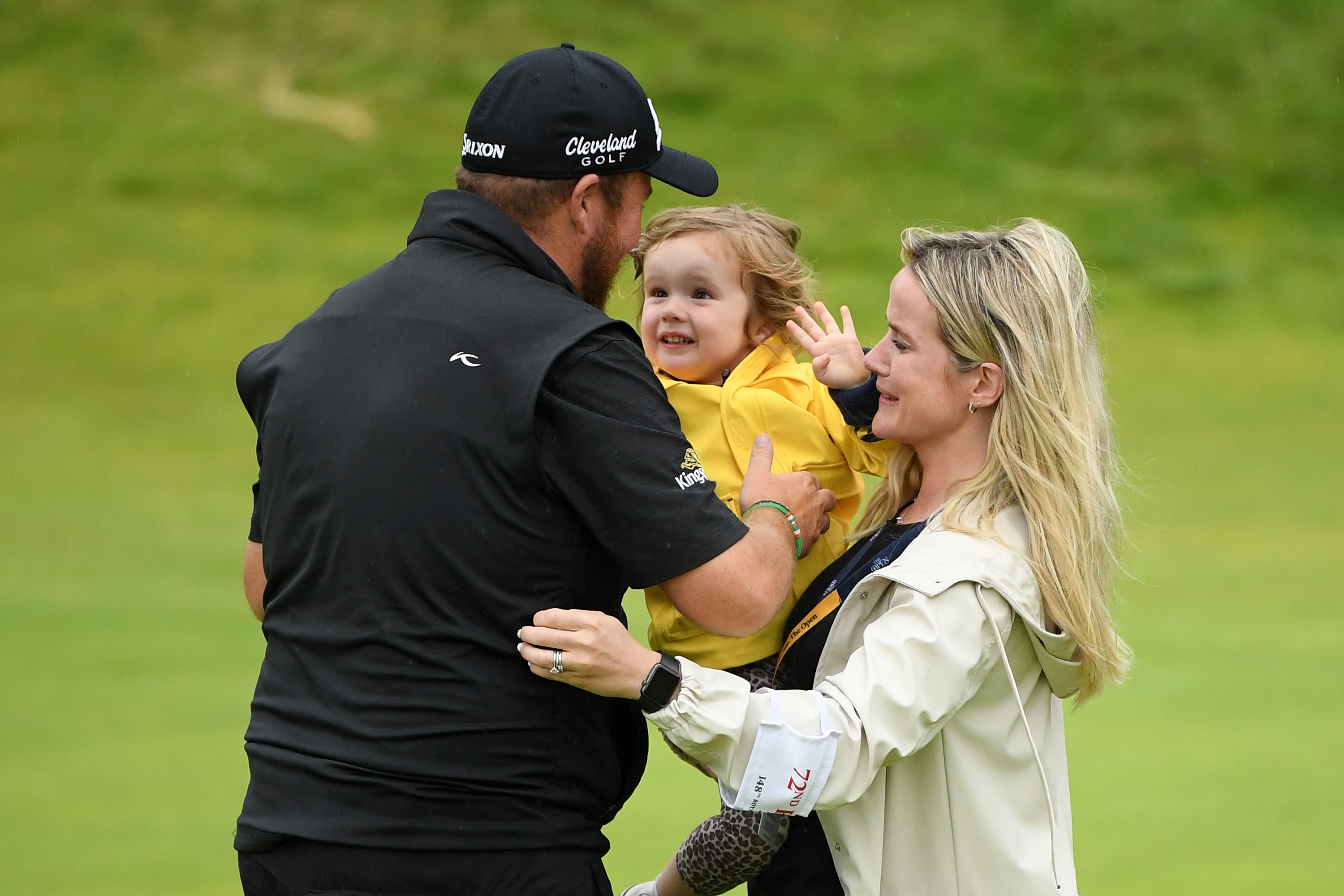 Happy Father’s Day! Looking forward to the chats when you are home ?

Happy Father’s Day! Looking forward to the chats when you are home ? 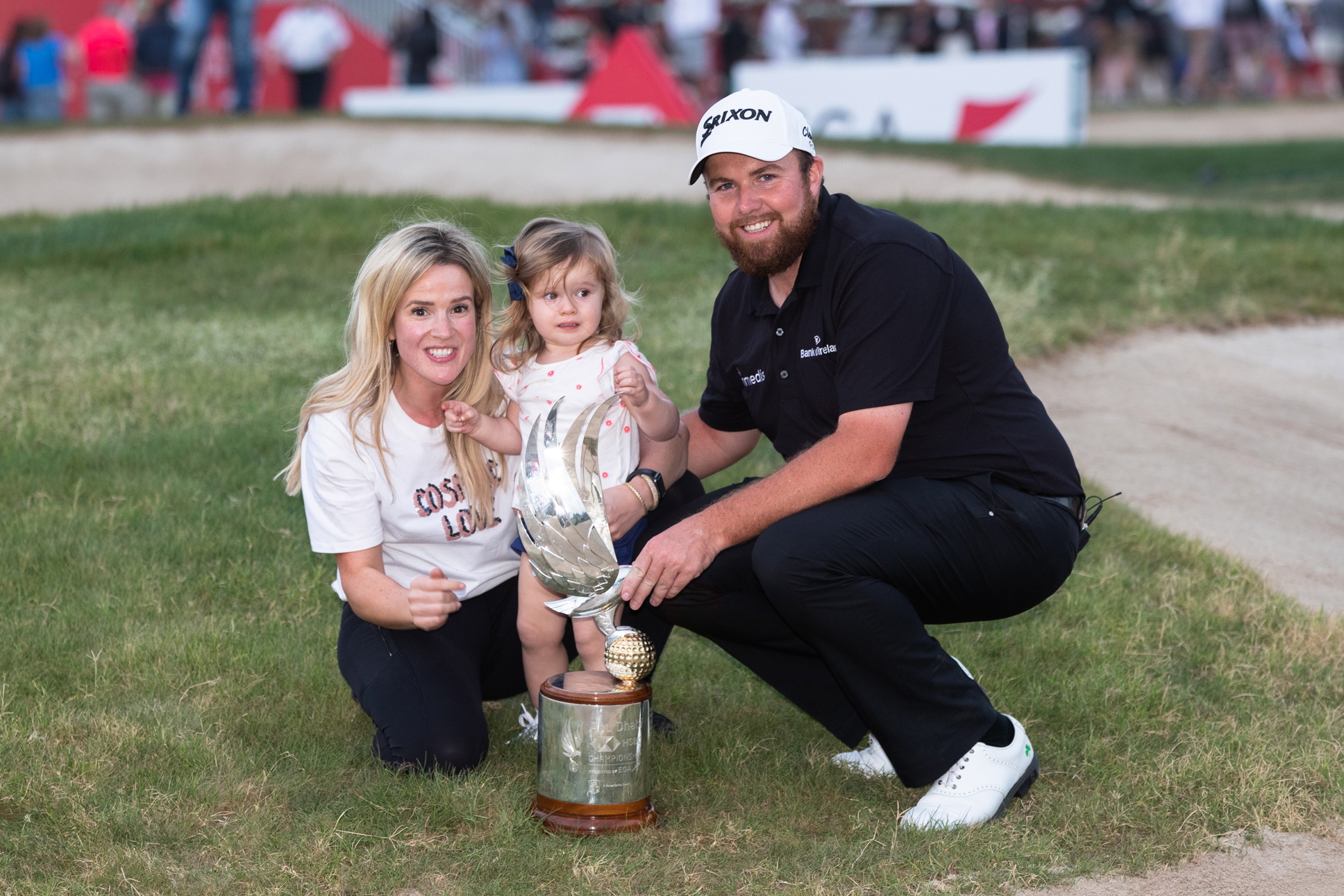 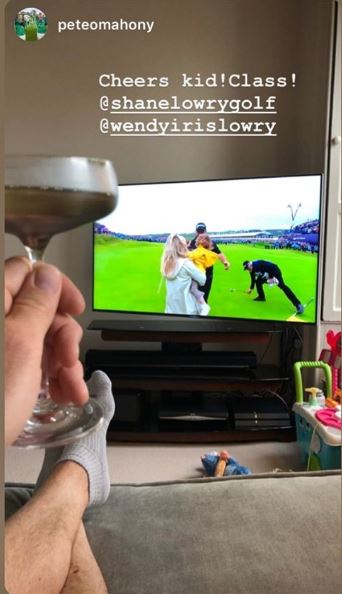