Sheffield United are investigating a shocking video on social media that appears to show their striker Oli McBurnie attacking a man and smashing his phone on the ground.

The footage starts with someone calling out ‘Oli McBurnie’, before the man that is allegedly the Scotland international approaches and the phone falls to the ground while it is still recording.

McBurnie then appears to be seen stamping on the phone, and attacks the man as the footage shows him repeatedly kneeing and punching the person who initially called his name out. 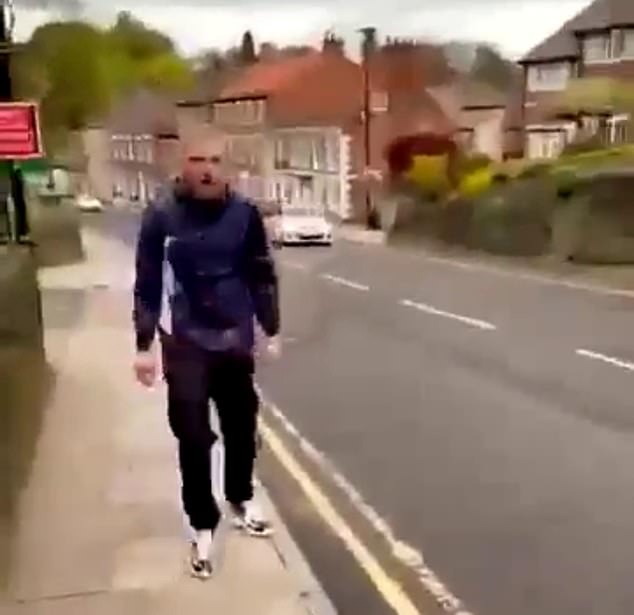 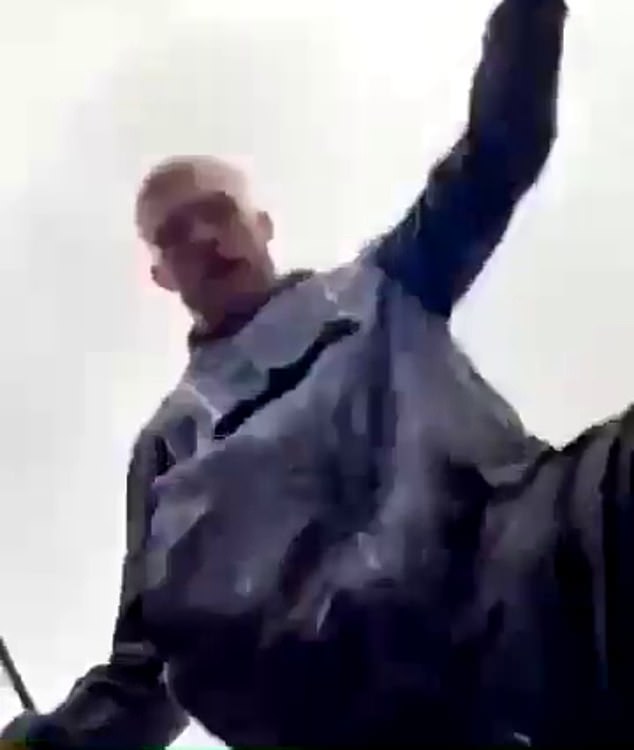 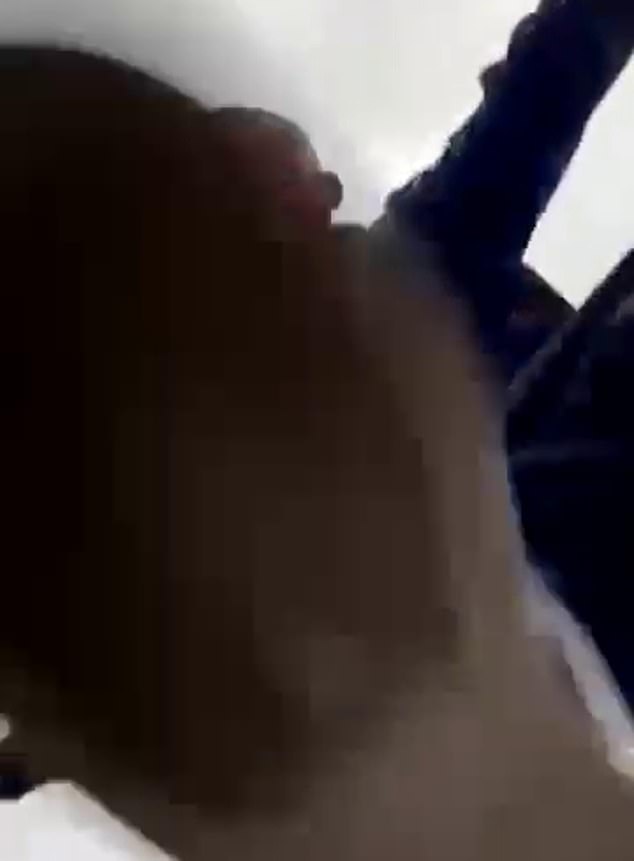 While the fight continues out of shot, a voice is then heard telling other people in the group to ‘take your boy away now.’

‘Officials at Sheffield United are aware of the video circulating on social media and are currently investigating,’ the club said in a statement on Monday.

McBurnie, who is currently injured but posted a picture of himself out with his girlfriend on Instagram on Sunday, has previously made headlines for his actions off the pitch.

He was fined £28,500 last July for drink driving and banned from driving for 16 months, while earlier in 2020 the striker was warned by the FA over his conduct after he was pictured making an obscene gesture towards Cardiff fans as he sat among Swansea supporters during the South Wales Derby. 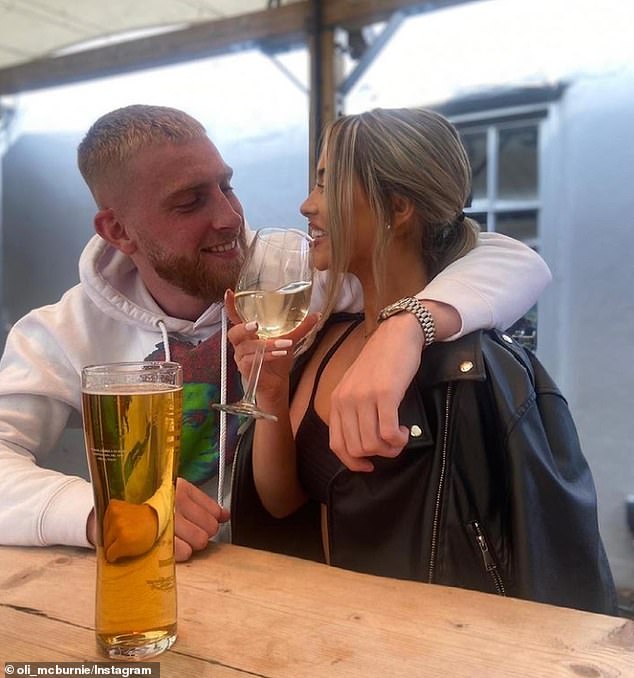 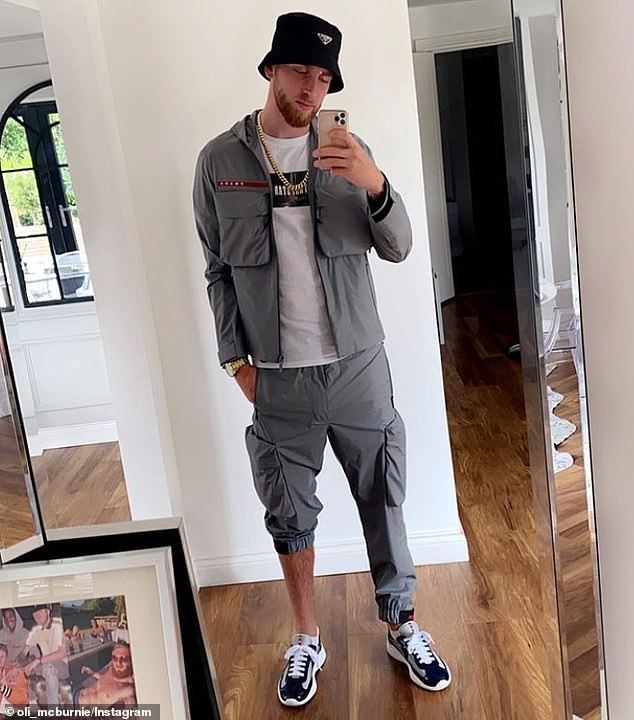 Sky Sports pundit and Manchester United hero Gary Neville defended McBurnie when he was getting criticised for his behaviour.

Writing on Twitter, Neville said: ‘That’s a disgrace. This lad has done the most normal thing I’ve seen from a footballer for a long time.

‘He goes to support his team and is pictured, filmed and ends up with this.’

His then manager, Chris Wilder, also defended McBurnie but said that he spoke to him about the incident and told him to stay mindful about people always having cameras with them.

‘We received a letter from the FA talking about Oli’s future conduct, which is quite right,’ said Wilder. ‘He didn’t really go in camouflage disguise. I’ll not mention the make of the jacket he had on, people have already spoken about it. 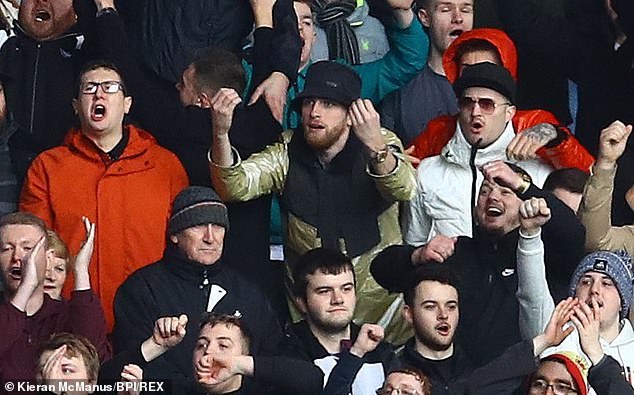 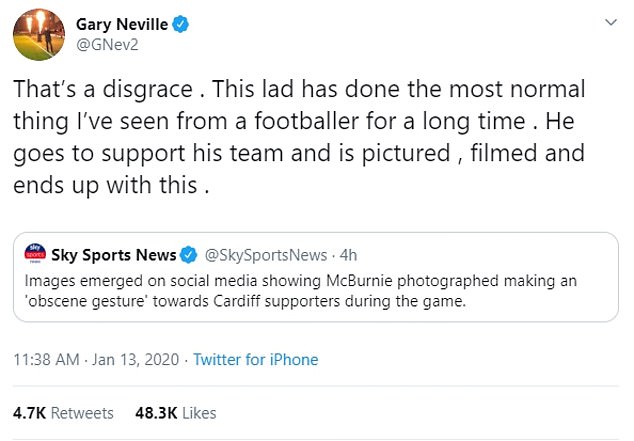 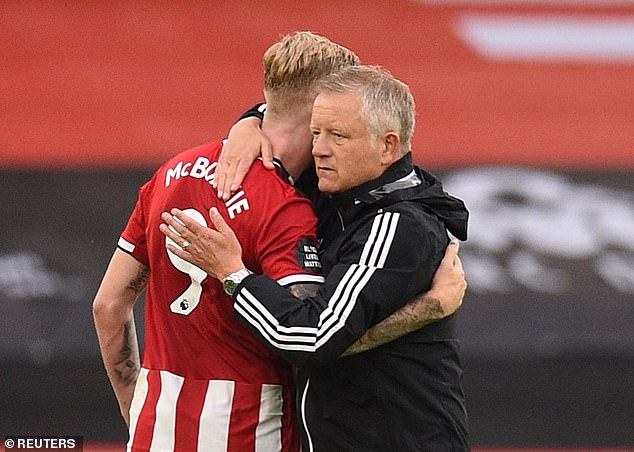 ‘We reminded him that he has a responsibility. He’s a footballer and with social media and cameras everywhere you can’t get involved. He must represent himself, more than anything, a touch better and he understands that.

‘I think you’re always on camera now. The coverage the Premier League gets, it exposes everybody and it goes into everyone’s front room and we have a standard to set. I’m just so glad there weren’t cameras about when I was playing football!

The 24-year-old McBurnie has had his current season disrupted by injuries and was ruled out for the rest of the campaign in April with a foot fracture, leaving him with a race to be fit to play for Scotland at this summer’s European Championship. 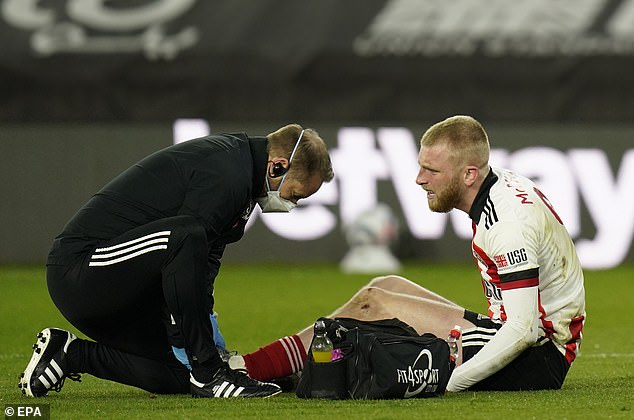 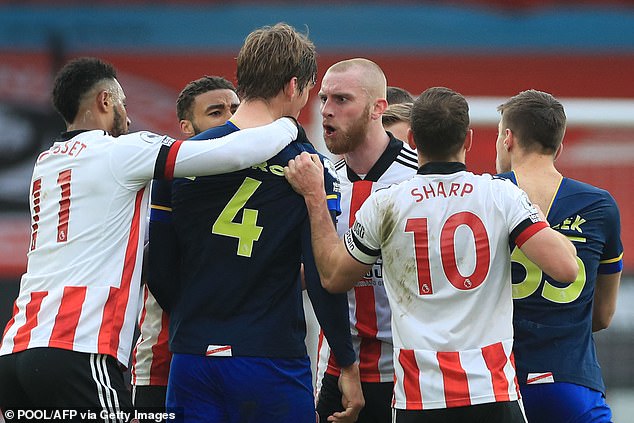 McBurnie is yet to score for his national side, having made 16 caps, but scored from the spot in Scotland’s famous penalty-shootout win over Serbia to reach this summer’s tournament.

Scotland have two friendlies, against Holland on June 2 and Luxembourg on June 6, that McBurnie will be targeting before their tournament begins on June 14 against Czech Republic. Scotland then meet arch rivals England on June 18.

As a result of his foot issue, McBurnie was not in action on Saturday as Sheffield United lost 2-0 to Crystal Palace at Bramall Lane over the weekend.

McBurnie has scored just one goal this season, against Leicester in the Premier League back at the start of December, in 25 appearances for his club in all competitions.

He was signed by the Blades back in August 2019 under former manager Wilder for a then club record fee of £20million from Championship outfit Swansea. 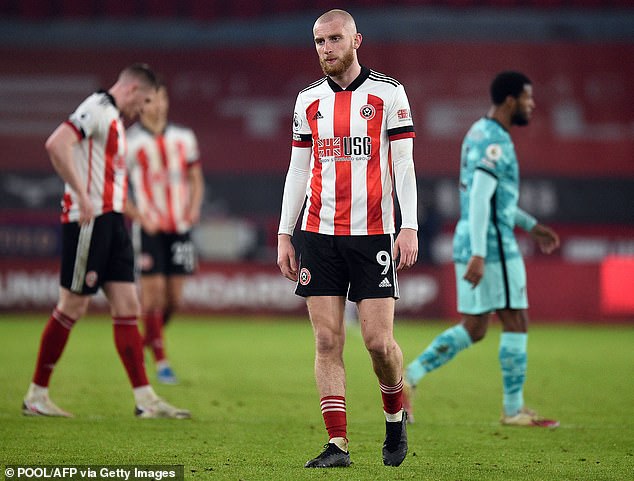 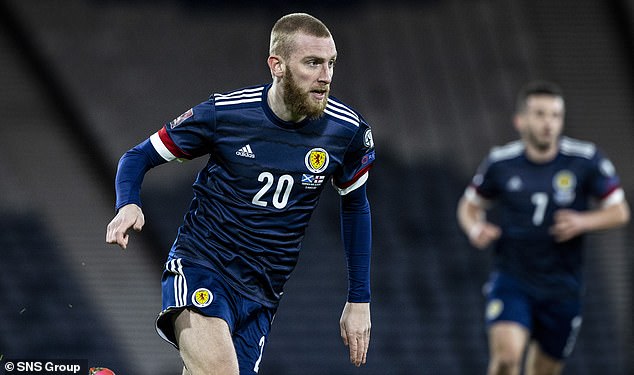 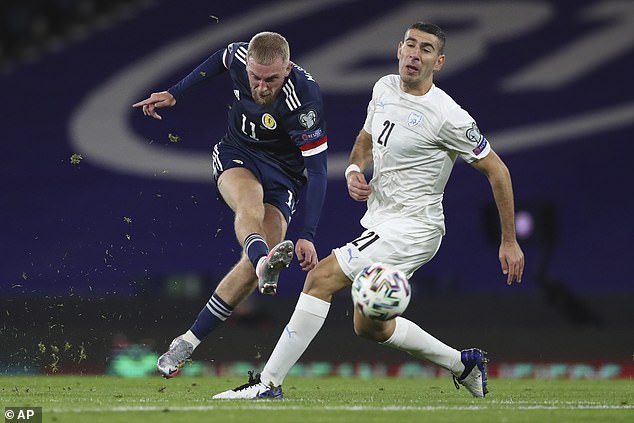 The forward played a central role in their surprise ninth-placed finish in the 2019-20 campaign, scoring six goals in his first year.

But in what has been disastrous second season in England’s top flight, United are bottom of the Premier League having won just five games all season and have already been relegated into the Championship.

McBurnie had played for Swansea for four seasons – they signed him from his boyhood club Bradford in 2015 after he had impressed during a loan spell with Chester.