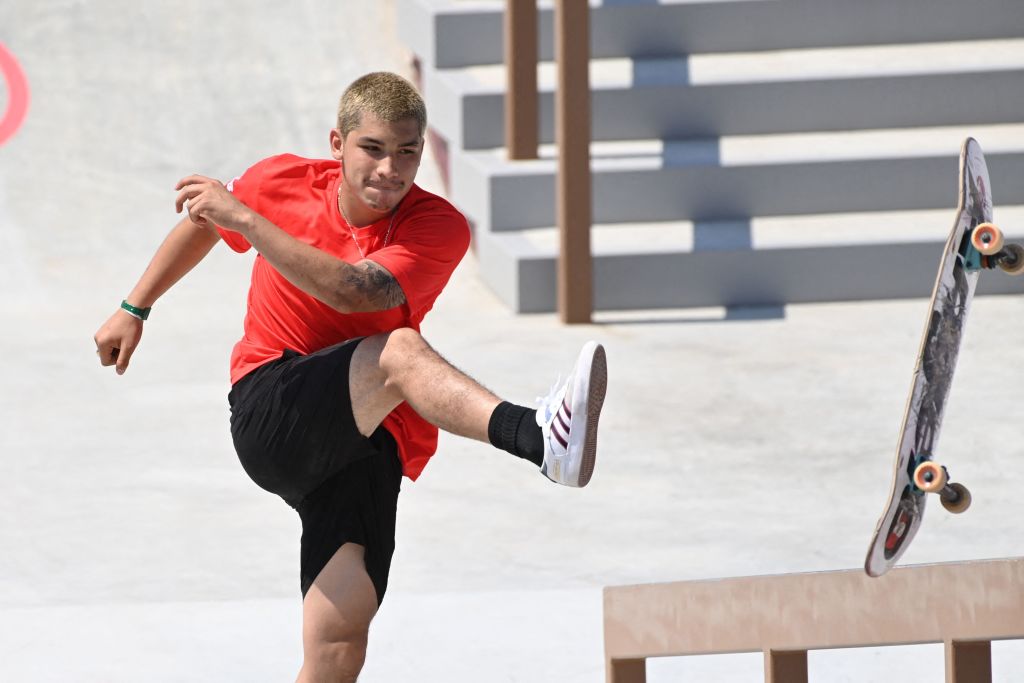 It was a tough watch in the skateboarding at the Tokyo Olympics when Angelo Caro Narvaez fell off his board and landed in one of the most painful ways imagineable.

The Peruvian was in the preliminary round of the Men’s Street event and endured something of a nightmare tumble.

Coming off a trick down a rail, Caro Narvaez just about landed it but then couldn’t keep his balance as he approached another rail, he slipped off the board and his legs flew either side of the upcoming rail.

The toe-curling, eye-watering crash looked like it would leave the Peruvian in pain for some time, but he returned to his feet and appeared not to suffer any lasting injury.

It looked seriously sore at the time though.

Caro Narvaez managed to recover in his next run, making it into the final on Sunday, but couldn’t do enough there to get hold of a medal, finishing fifth.

American superstar Nyjah Huston missed out on a medal in the sport’s debut in the Games.