Home » Sport » Soccer Has a Financial Crisis. Its Leaders Aren’t Feeling It.

Soccer Has a Financial Crisis. Its Leaders Aren’t Feeling It.

Anywhere one looks around the world, the soccer industry is struggling with the financial effects of the coronavirus. Leagues are counting their losses in the hundreds of millions of dollars. Stadiums remain empty. Staff members are being furloughed. And players, even those at the richest clubs, have agreed to millions of dollars in pay cuts or salary deferrals.

But there is one group that has proved bulletproof from the costs of the pandemic: FIFA’s top executives.

While cost-cutting, resource-saving and painful decisions have become the norm in most of the soccer world, the men and women who sit on FIFA’s 37-member governing council continue to collect six-figure salaries that, for some, will amount to $250,000 this year but require their attendance at as few as three meetings. The most senior officials, who have added responsibilities, will earn even more; FIFA pays its vice presidents $300,000.

And merely showing up has been easier this year: With most international travel restricted or ill-advised, council members need only an internet connection and a comfortable chair to take part.

Asked about the lack of belt-tightening among its leaders, a spokesman for FIFA said the organization had achieved significant cost savings through the reduction of travel and the hosting of virtual meetings, rendering a re-evaluation of compensation unnecessary.

“No additional major cost cuts were needed to secure FIFA’s continuous support to the global football community throughout the pandemic,” the spokesman said. 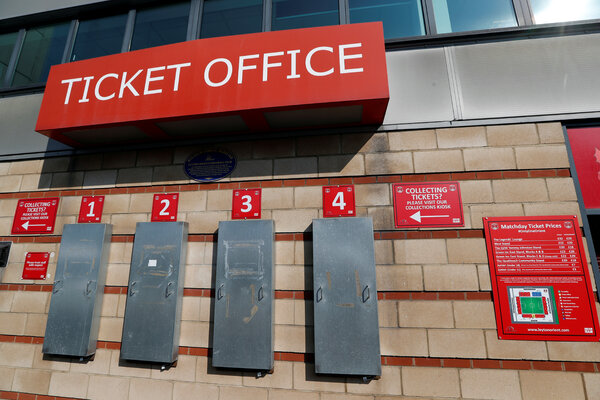 For top executives, FIFA work is often only one of several hefty paydays. Several officials on the council also sit on the executive boards of their regional governing bodies, positions that offer their own significant financial benefits.

Executive committee members at UEFA, Europe’s governing body, for example, receive salaries of 160,000 euros a year (about $194,000), and its vice presidents are paid 250,000 euros (just over $300,000). South America’s governing body, CONMEBOL, pays the members of its executive board $20,000 a month, while CONCACAF, which is responsible for the sport in the Caribbean and Central and North America, distributes $135,000 a year to its senior leaders.

The size of such compensation packages was highlighted recently when it emerged that Greg Clarke, who was forced to resign as chairman of England’s Football Association after making inappropriate remarks during a parliamentary committee hearing, received more for the few days of work he contributed as one of FIFA’s vice presidents than he did in his day job leading English soccer. He was scheduled to earn even more next year, once he completed a planned move onto UEFA’s executive committee.

Yet among FIFA and its six regional confederations, only UEFA instituted cuts to executive pay this year: a reduction of 20 percent for the three months while its competitions were suspended.

Still, at a time when the soccer industry is expected to contract by billions of dollars, and when leagues and teams large and small face challenges that threaten their futures, FIFA’s decision to continue paying its executives six-figure net salaries has been brought into even starker focus. Only last week, Barcelona announced its players had agreed to pay cuts that would save the club almost $150 million.

“We’ve seen a lot of calls for solidarity and that we are in the same boat — this definitely contradicts that narrative,” said Ronan Evain, executive director for Football Supporters Europe, an umbrella body for fan groups. Fans across Europe, he said, have been asked to bear some of the pain affecting their teams by, in some cases, writing off some of the value of season tickets for games that they have not been able to attend.

“There’s definitely a contradiction being asked of fans, and not everyone is contributing the same,” Evain said.

On Friday, the FIFA Council will hold the last of its three scheduled meetings of the year. Like the others, it will take place via videoconference.

During the pandemic, the calls have been shorter than ever, according to attendees. Most members never speak; some, in fact, have not said a word in one in years, longtime members say. And even before they meet, most of the important decisions have already been made by the bureau of the FIFA Council, a smaller group consisting of the FIFA president, Gianni Infantino, and the presidents of the six regional confederations. (Africa is not now represented on that body because its current president was barred from soccer last month.)

At Friday’s virtual gathering, for example, the council members will be asked to ratify several proposals — approved by senior leaders last month — that will provide new protections and benefits for female players, including a minimum 14 weeks of maternity leave. They will also be asked to sign off on scheduling and disciplinary matters, as well as the liquidation of a hotel partnership, agreed to by FIFA’s former leadership, that has cost the organization millions of dollars.

As sports governance posts go, a FIFA Council seat is one of the most coveted sinecures in global sports. In most years, members are flown to exotic locations and housed in the finest hotels, and at meetings they often follow the lead of their regional presidents on votes. Now grounded, their only financial sacrifice appears to be the inability to claim the per diems available on every foreign trip.

Beyond the pay, though, the lifestyle enjoyed by FIFA Council members extends to privileged access and status that money can’t buy, including access to the best seats and the biggest matches.

Miguel Maduro, the former FIFA governance chief, said the pay and perks were parts of a system that rewards loyalty and ensures power is concentrated in a small group of top leaders.

“The narrative is one of representation from bottom up, a body where you have elected representatives that will in theory discuss and deliberate on the crucial issues of football,” Maduro said this week. “Instead, as we know, it doesn’t happen like that.”

Asked what could be done to reform a council to which some members contribute little, one longtime soccer official said a first step would be to reduce the number of board seats.

A better option, the official suggested, would be to “have everyone leave the building and leave the few capable ones inside and not let the others back in.”