Home » Sport » Some famous American faces were missing from the parade of nations.

Some famous American faces were missing from the parade of nations. 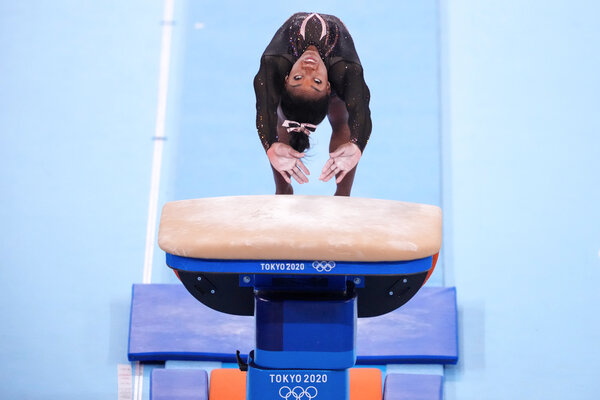 The opening ceremony was held Friday in Tokyo, but Team U.S.A., led by the flag-bearers Sue Bird and Eddy Alvarez, was missing some famous American faces.

Among those who did not march in the ceremony’s parade of nations was Simone Biles and her gymnastics teammates.

The women’s team decided not to walk because it was “focused on preparation,” said Meredith Yeoman, a spokeswoman for U.S.A. Gymnastics.

The women were so focused on Friday, in fact, that after practicing at the Olympic venue earlier that afternoon, they took no questions from reporters, as other athletes did. Instead, they walked right by single file, with Biles in the lead.

They also aren’t staying in the athletes’ village, opting to stay at a nearby hotel instead.

“It was also a decision that we all made together,” Biles’s coach, Cecile Landi, wrote Sunday on Twitter. “We know it isn’t ideal during a pandemic. We feel like we can control the athletes and our safety better in a hotel setting!”

Other major stars who skipped Friday’s opening ceremony included Megan Rapinoe and the rest of the U.S. women’s national soccer team. But rather than miss out on all the fun, the team got creative and turned its hotel into an Olympic Stadium of its own.

“So excited for 2020 Olympics #openingceremony tonight!” Alex Morgan tweeted on Friday. “We won’t be there in person but we WILL be parading around the hotel in our opening ceremony outfits while prepping for game 2 tomorrow!”

After losing, 3-0, against No. 5 ranked Sweden earlier this week, the team will have its second match of the Games on Saturday night in Tokyo (7:30 a.m. Eastern) against New Zealand.