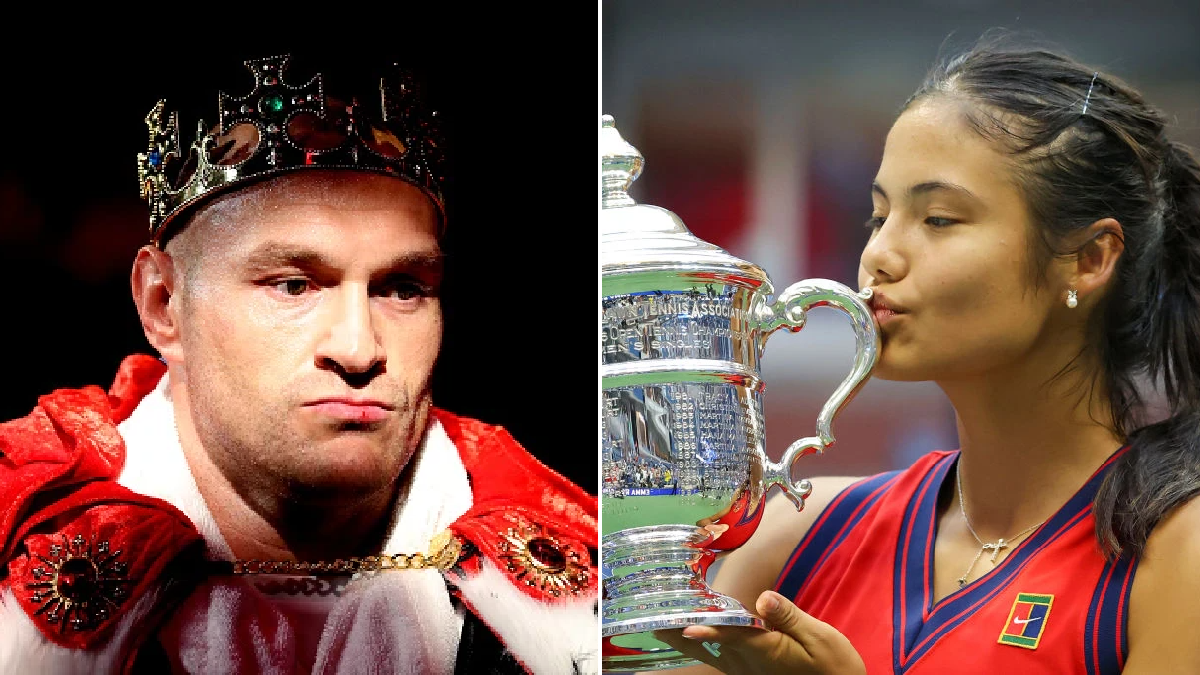 Emma Raducanu and Tyson Fury have been nominated for the 2021 BBC Sports Personality of the Year award.

The British public will vote for the winner during a BBC One show at MediaCity, Salford on Sunday, 19 December.

British tennis star Raducanu shot to fame during Wimbledon, taking full advantage of her wildcard to win three matches without dropping a set before withdrawing from her last-16 match due to breathing difficulties.

Two months later, the 18-year-old became the first qualifier ever to win a Grand Slam after enjoying a stunning run at the US Open in New York.

Heavyweight champion Fury defeated Deontay Wilder in one of the most thrilling fights in recent memory, with the 33-year-old twice getting off the canvas to extend his undefeated professional record to 32 fights.

Olympic champion Tom Daley, who finally ended his wait for a gold medal alongside Matty Lee in the synchronised 10m platform event in Tokyo, has also been nominated alongside Team GB team-mate Adam Peaty.

Two-time champion Peaty made history in Tokyo as he powered to 100m breaststroke gold to become the first British swimmer to defend an Olympic title.

England and Manchester City star Raheem Sterling is the final contender on the six-person shortlist, having starred at Euro 2020 to help Gareth Southgate’s side reach the final.

The show will take place without a studio audience following the announcement of new coronavirus measures in England.

It was the second time Hamilton has been crowned Sports Personality of the Year, having first won the award in 2014, but he failed to make the 2021 shortlist after losing the F1 world title to rival Max Verstappen in Abu Dhabi.