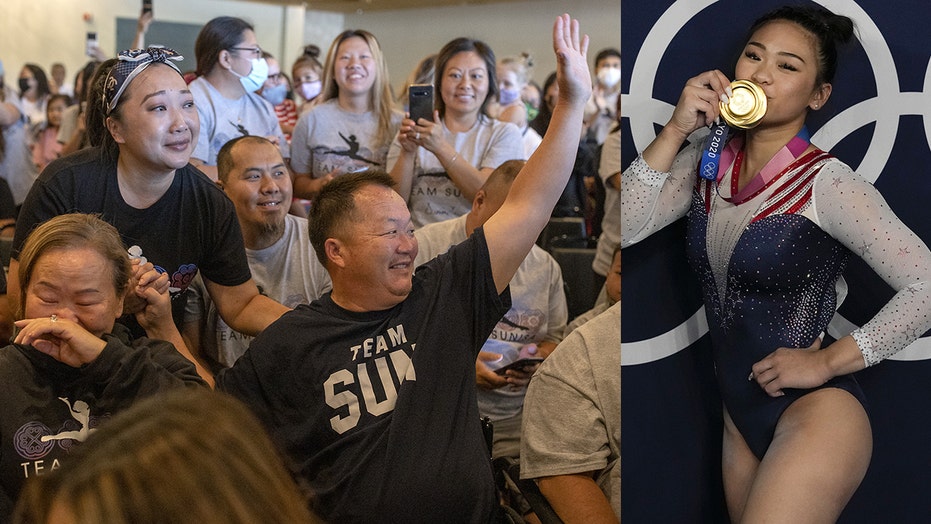 Suni Lee’s family watched the U.S. Olympic gymnast narrowly take the gold in the individual all-around competition on Thursday, cheering all the way from Minnesota.

John Lee and Yeev Thoj are immigrants whose families fled Laos in the midst of the Vietnam War. Lee expressed his astonishment to WCCO radio in an interview after his daughter won.

He said that “to win the gold on the world stage is unbelievable. There’s no word that we can express with right now.”

Suni Lee already took home a silver in the team all-around earlier in the week but had to step into the spotlight vacated by Simone Biles when the superstar gymnast withdrew citing mental health reasons.

Lee, 18, pulled out a phenomenal floor routine at the end of the competition to slightly defeat Brazil’s Rebeca Andrade and the Russian Olympic Committee’s (ROC) Angelina Melnikova. Lee’s mother, Yeev Thoj, told the station it was hard work for her daughter to get to this point but well worth it.

“Yeah, it’s been a long journey for her,” she said. “Twelve years and it was her dream, so I’m so proud of her that she actually reached her dream.”

Lee’s family was seen celebrating and going wild back home.

Lee came into the floor routine needing a big score to catapult her to the top. She needed a 13.467 to top Russian Olympic Committee’s (ROC) Angelina Melnikova and picked up a 13.700.

The performers watched as Andrade took the floor for her performance and two slip-ups cost the Brazilian a few points in her final score.

She scored a 13.666, good enough for a silver medal. She raised an inquiry with the judges over her floor routine and the score was raised a bit, but not enough to top Lee. Melnikova picked up the bronze medal.

Lee, 18, picked up her first Olympics gold medal. She had won silver in the team all-around earlier this week. She finished with a total score of 57.433. Andrade finished with 57.298 and Melnikova had 57.199.