Thomas has been appointed as Australia's chef de mission for the 2022 Birmingham Games, replacing Steve Moneghetti, who has stood down from the role. 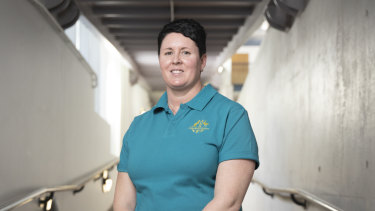 Moneghetti was team boss for the past three Games, including last year on the Gold Coast where Australia collected 80 golds among 198 medals.

England was next best with 45 golds and 136 medals overall and Thomas is forecasting a tighter tussle in Birmingham.

"We had a great home games on the Gold Coast and we won the medal table by quite some margin," Thomas said on Tuesday.

"But we're under no illusions that it's going to be easy going into Birmingham and we will have a real fight on our hands to maintain that position as number one."

The 43-year-old, who won nine Commonwealth golds in her glittering swimming career, was Moneghetti's deputy on the Gold Coast.

"I will bring my own experience and my own way of leading the team but I learnt a lot of valuable lessons from the way he did it," Thomas said.

"It's obviously very performance-focused, on providing the best environment we possible can for athletes, coaches and support staff to do what they do best.

"And another really important focus is that everyone on our team feels valued, respected and that they have a great experience.

"On the Gold Coast, the team was around 700 – it's a lot of people from a lot of different backgrounds and different sports that all bring their own cultures with them.

"One of the things that we really focused on at the Gold Coast was not trying to shove team culture down everyone's throat.

"We just said 'Look, you get out what you put in … you have got to be willing to engage with your teammates and be friendly and respectful'."

Thomas is the first woman to be chef de mission of Australia's team at a Commonwealth Games.

She competed at three Commonwealth Games and has served as a team official at the past four editions.