IT'S showtime at the Breeders' Cup. But who will be on top of the world riding the perfect Del Mar wave?

After a Friday night warm up that is something like the equivalent of garlic bread before a scrummy meat feast pizza, tonight it's time for the main Stateside extravaganza. 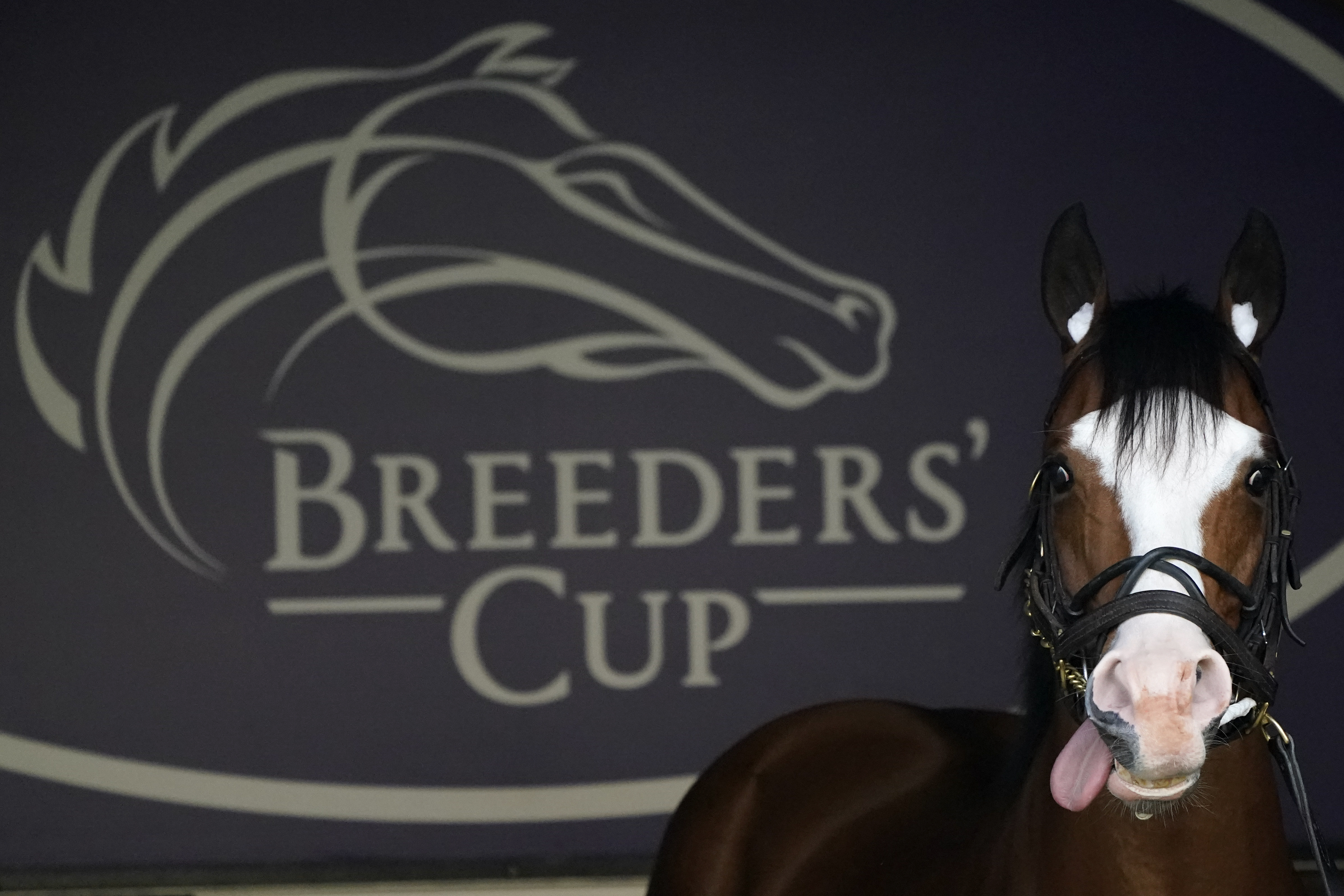 Now I fully appreciate the Breeders’ Cup is not for everyone. And there’s terrific jumps racing in the UK today.

But forgive me for my indulgence of the sport Stateside. Because when you are at the Breeders’ Cup it really is truly something special. And there are some incredible horses to enjoy.

This evening I'll be there to bring you all the best interviews and news from the World Thoroughbred Championships on Sky Sports Racing. Yeeehaaa! Just sit back and enjoy.

There are seven returning champions at Breeders' Cup 2021, but the one most European observers will be willing on is Tarnawa in the Turf for Dermot Weld and record-breaking Irish champion rider Colin Keane.

Coincidentally, Keane the rock band have a tremendous album called 'Under the Iron Sea'. Tarnawa might not be Giant's Causeway, but she's pretty much the female equivalent of the iron horse himself.

Tarnawa takes on the likes of Yibir, Teona, Walton Street and Chad Brown’s classy Domestic Spending in a field of fourteen for the mile and a half Turf feature.

The renowned pioneer of global racing is still the only European trainer to have saddled a winner of a US Triple Crown race (1990 Belmont with Go And Go) while Vintage Crop’s Melbourne Cup success in 1993 changed the face of Australia’s most famous contest.

However, a victory at the Breeders Cup had proved frustratingly elusive in sixteen previous attempts.

Having put that hoodoo to bed, the brilliant master of Rosewell will want to double up quickly with a mare who gave St Mark's Basilica a right fright in the Irish Champion Stakes before being outstayed by German roughie Torquator Tasso in the Arc at Longchamp last time.

Most of you reading this will lap up the Turf, but trust me Stateside all Breeders' Cup races before the Longines Classic are merely horse d'oeuvres to the main dish.

A dirt Classic is for me a thing of beauty, but I totally appreciate it's hard to understand that unless you have witnessed one at first hand. 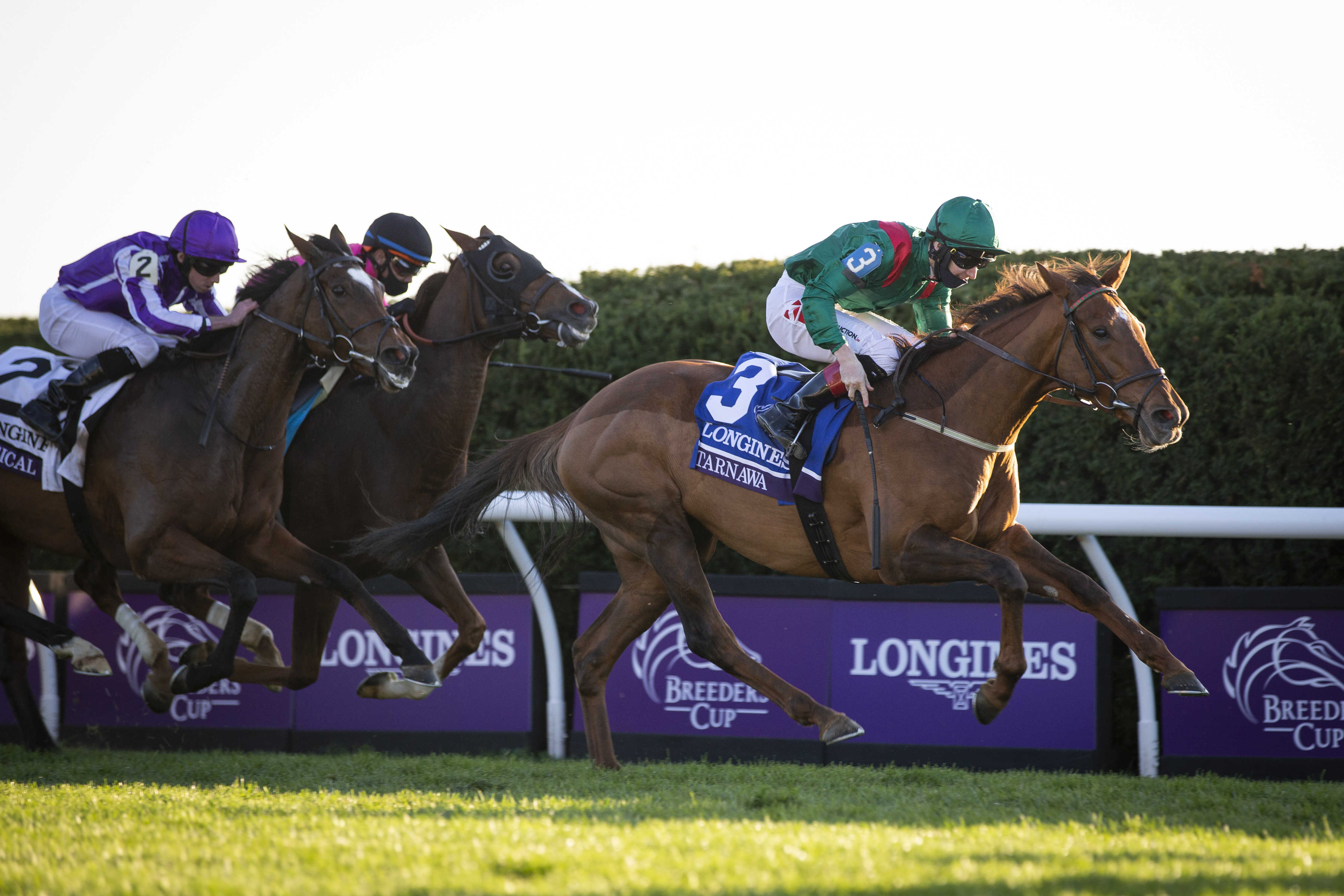 For a start the speed out the gates is terrific. But then there's the thundering sound of hooves as they pass you in a dash. Often the Classic is won by the horse who slows down least inside the final furlong. But that doesn't mean it doesn't serve us up a treat most years.

Del Mar is a tight left-handed track. It's not easy for closers like a Zenyatta, who liked to serve up a challenge late back in her pomp.

This year's Classic appears to be the Classic of all Classics.

Knicks Go was awesome in the Dirt Mile twelve months ago, and equally so in the Whitney at Saratoga in August. He's never gone a mile and a quarter but he might be away before the others can catch him for Brad Cox. Monster.

Essential Quality is the heavyweight slugger – also for Cox – who only ever does enough but has done that in eight of his nine starts. If it comes to a battle the Belmont, Jim Dandy and Travers hero will be very likely to win the war.

And then there is Medina Spirit, the Kentucky Derby winner for beleaguered Bob Baffert who for so long has been a legend in US racing but is now seen as a disgrace by many after numerous drug test failures including by his challenger here following that Classic success. Hot Rod Charlie is talented as well. It's some race with Max Player also a player!

The Breeders’ Cup Mile is wide open and I want to take on Appleby’s brilliant Foret winner Space Blues. He’s surely best over seven furlongs with some juice, although Appleby is not sure that is the case.

Also in the race is 1000 Guineas heroine Mother Earth who has been super tough all season.

But I have a feeling the bet here is US trainer Peter Miller’s Mo Forza, who is suited to conditions and can be supported eachway. He comes into this on the back of a super success at Santa Anita in Grade 2 company.

So many good horses in a right old US smash up. Enjoy people. I’ll see you later on Sky Sports…

Breeders', Cup, Is, the
Celebrities