Home » Sport » ‘The Games will go ahead’: Coates shuts down talk of Tokyo cancellation

‘The Games will go ahead’: Coates shuts down talk of Tokyo cancellation

There are no hypotheticals, there is no Plan B. The Tokyo Olympics are going ahead come July 23, according to John Coates, as the IOC backs its COVID protocols and vaccination program to trump the potential of a coronavirus outbreak.

Coates, who is vice-president of the International Olympic Committee as well as president of the Australian Olympic Committee, said on Saturday that there had been no talk about a late cancellation of the Games by planners or the Japanese government, even as emergency restrictions in Tokyo, Osaka, Hyogo and Kyoto were extended until the end of the month. 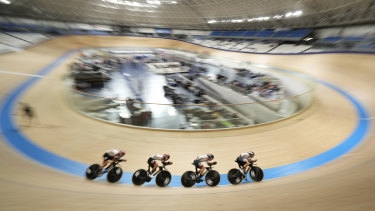 With the IOC now striking deals with major vaccine manufacturers, to compliment already running programs across the world, Coates suggested some 90 per cent of the attending athletes would be vaccinated. Under the IOC Playbook, they are strictly segregated from the Japanese public, with a decision on whether local fans can attend to be made closer to the Games.

“We don’t think that’s the case. At the moment, the Games will go ahead, there’s no need for us to be hypothetical,” Coates said.

“We’ve spent the first half of last year identifying all the worse-case scenarios, we’ve spent the next six months looking at the countermeasures. We’re implementing those countermeasures, they have all been predicated on no vaccines. That situation has improved, the Games are going ahead.”

Coates denied the IOC was putting the health of athletes and Japanese citizens at risk for commercial reasons, or as part of a vanity project for Games officials. He said the Olympics had always been about the athletes and that could never be more true than in Tokyo, where they will live and compete with little outside social interaction. 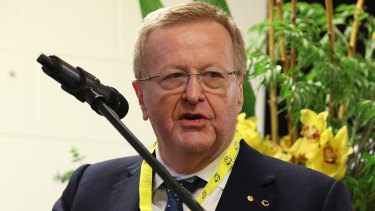 “If we were doing that, we would have pushed ahead with them last year. We didn’t,” Coates said. “The motivation is so these athletes can pursue what they have been dreaming of … I don’t want these kids to miss the one opportunity they may have in their lifetime. It’s so these kids can fulfil their dream.

“I was at the Australian Rowing Championships four weeks ago, they are just desperate to compete. They knew the parents aren’t going, they just want to compete, want to test themselves. That’s what most of it is all about.”

Coates was speaking after the AOC’s Annual General Meeting in Sydney, in which the body amended its constitution to enshrine a permanent Indigenous voice on the AOC Athletes’ Commission. The AOC already an Indigenous Advisory Committee (IAC) headed by former sprint star Patrick Johnson.

“As an Olympian, a proud Kaanju man and chair of the IAC, I am a great believer in timing. The time was right for this constitutional change to create mutual understanding and respect through a journey of walking together,” Johnson said.

That news comes a day after basketball star Liz Cambage savaged the AOC for a lack of diversity in an advertisement for underwear company Jockey and at its uniform launch. The AOC on Friday acknowledged it should have made a more diverse range of athletes available for the Jockey shoot.

“The particular comment was to do with Jockey and we should have had some diversification in that advertisement. But I don’t think it holds for anything else we do. You saw the ASICS and the emphasis we’ve placed on indigenous (athletes),” Coates said.

In a statement, Jockey said it took the matter “very seriously” and insisted it was a diverse company that should have better reflected Australia’s diversity.

“Hanes Australasia, our licensing partner in Australia and New Zealand, in a sponsorship of the Australian Olympic and Paralympic teams, conducted a recent promotional photo shoot. The athletes for the photo shoot were provided by the Australian Olympic Committee (AOC). Our licensee should have been proactive in requesting a broader group of athletes for the shoot,” Jockey said.

“That action would have been more reflective of the diversity of both Australian teams and Jockey’s brand values. We take this matter very seriously and are currently evaluating all of our options.”

In other Olympic matters, AOC chief executive Matt Carroll said they were still in negotiations with state governments for an above-the-cap quarantine solution for returning athletes and officials. Coates said that would all be funded by the AOC and would not take up taxpayer dollars or resources.

Sports news, results and expert commentary delivered straight to your inbox each weekday. Sign up here.