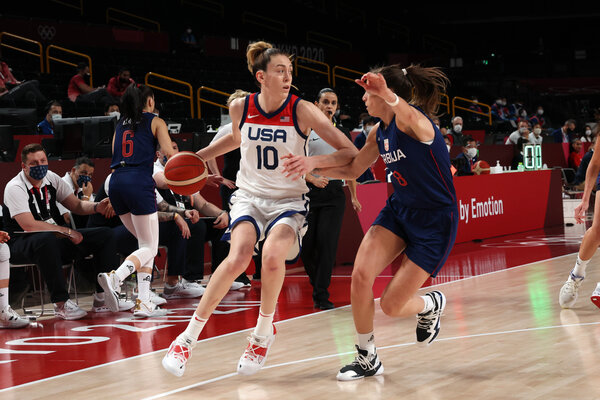 TOKYO — The U.S. women’s basketball juggernaut rolled over Serbia, 79-59, and will make its 11th appearance in an Olympic final against either France or Japan on Sunday.

The United States, with a coterie of W.N.B.A. stars, had advanced undefeated past Nigeria, Japan, France and, in a quarterfinal game, Australia, always with comfortable margins.

With an Olympic winning streak of 54 consecutive games since 1992, the U.S. women are favored to win their ninth gold, and it hasn’t looked as if teams have an answer for their versatile offense and defense. They lead the tournament in scoring, assists and field goal percentage — and also in star power with the likes of Sue Bird, A’ja Wilson and Diana Taurasi.

Serbia, though, was not considered a doormat. The reigning European champion, it had a comeback win over China in the quarterfinals. Yvonne Anderson, a U.S.-born player with Serbian citizenship, had 15 points against the United States. Anderson played in college at Texas. Her father, Mike, is the men’s coach at St. John’s.