The U.S. women’s rugby sevens squad cruises into the quarterfinals. 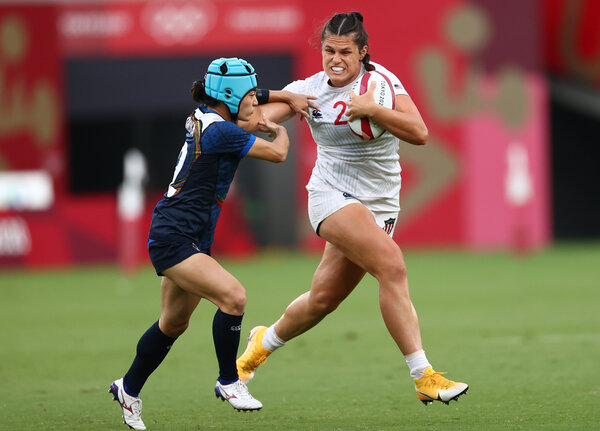 The American women’s rugby sevens team opened the Olympic tournament with victories against China and Japan on Thursday, assuring the United States a spot in the quarterfinals on Friday.

The team’s remaining group stage match on Friday against Australia, which is also unbeaten, will determine which team will have the top seed from the group.

Unlike the men’s rugby sevens team, which was lumped into a so-called group of death, the women’s team started the tournament by playing two relatively weak foes.

Chris Brown, the U.S. team’s head coach, said there was still room for improvement. “Two years ago, the men’s and the women’s sides were No. 2 in the world,” he said. “So we need to put a performance out there that people are excited to get into. I’m sure we’ll bounce back tomorrow and show that stronger.”

Earlier in the week, the U.S. men also qualified for the quarterfinals, but lost to Britain, 26-21, ending their medal hopes. They finished sixth in the tournament.