Home » Sport » Tiger Woods and his 11-year-old son, Charlie, will team up for a one-of-a-kind PGA Tour event with more than $1 million on the line

Tiger Woods and his 11-year-old son, Charlie, will team up for a one-of-a-kind PGA Tour event with more than $1 million on the line 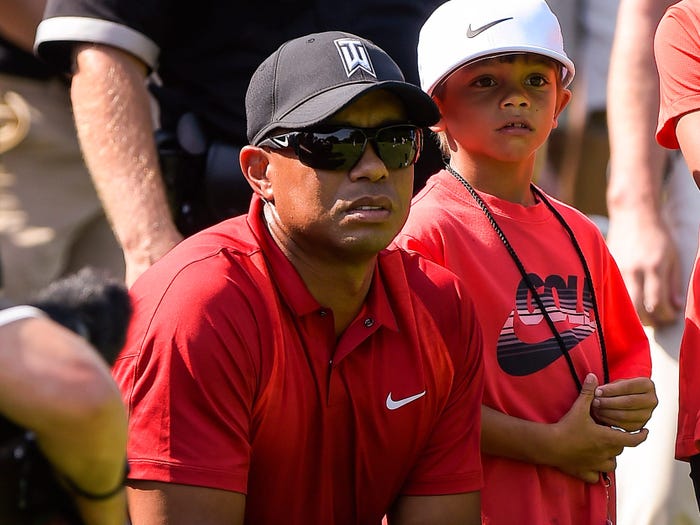 Tiger Woods has participated in numerous high-profile tournaments this year, but his upcoming stint at the 2020 PNC Championship will be unlike anything the legendary golfer has done in his entire career.

And that's because the Orlando, Florida-based event will play host to both the owner of 82 PGA Tour titles and his 11-year-old son, Charlie Woods. Tiger and Charlie will team up to compete in their inaugural event as a pair from December 17 to 20.

"I can't tell you how excited I am to be playing with Charlie in our first official tournament together," Woods said, per the PGA Tour.

The Woods father-son duo will face off against 19 other major winners and their own relatives in 36 holes of play. Stars like Justin Thomas, Matt Kuchar, and John Daly will join the field with the Willie Park Trophy and a $1,085,000 purse on the line.

We've already seen that Charlie appears to have inherited his father's silky stroke. He dominated the competition at a junior golf tournament with a three-under finish this summer, and he's even convinced his dad to serve as his caddy at events in the past.

"It's been great watching [Charlie] progress as a junior golfer," Woods said. "It will be incredible playing as a team together in the PNC Championship."

Though spectators will not be permitted to attend this year's event, fans can tune in to coverage of the 2020 PNC Championship on NBC, Golf Channel, and Peacock.