THE weather has caused havoc with racing yet again this weekend.

We should have been gearing up for Super Saturday at Newbury with the Betfair Hurdle – but instead we have Lingfield and Naas. 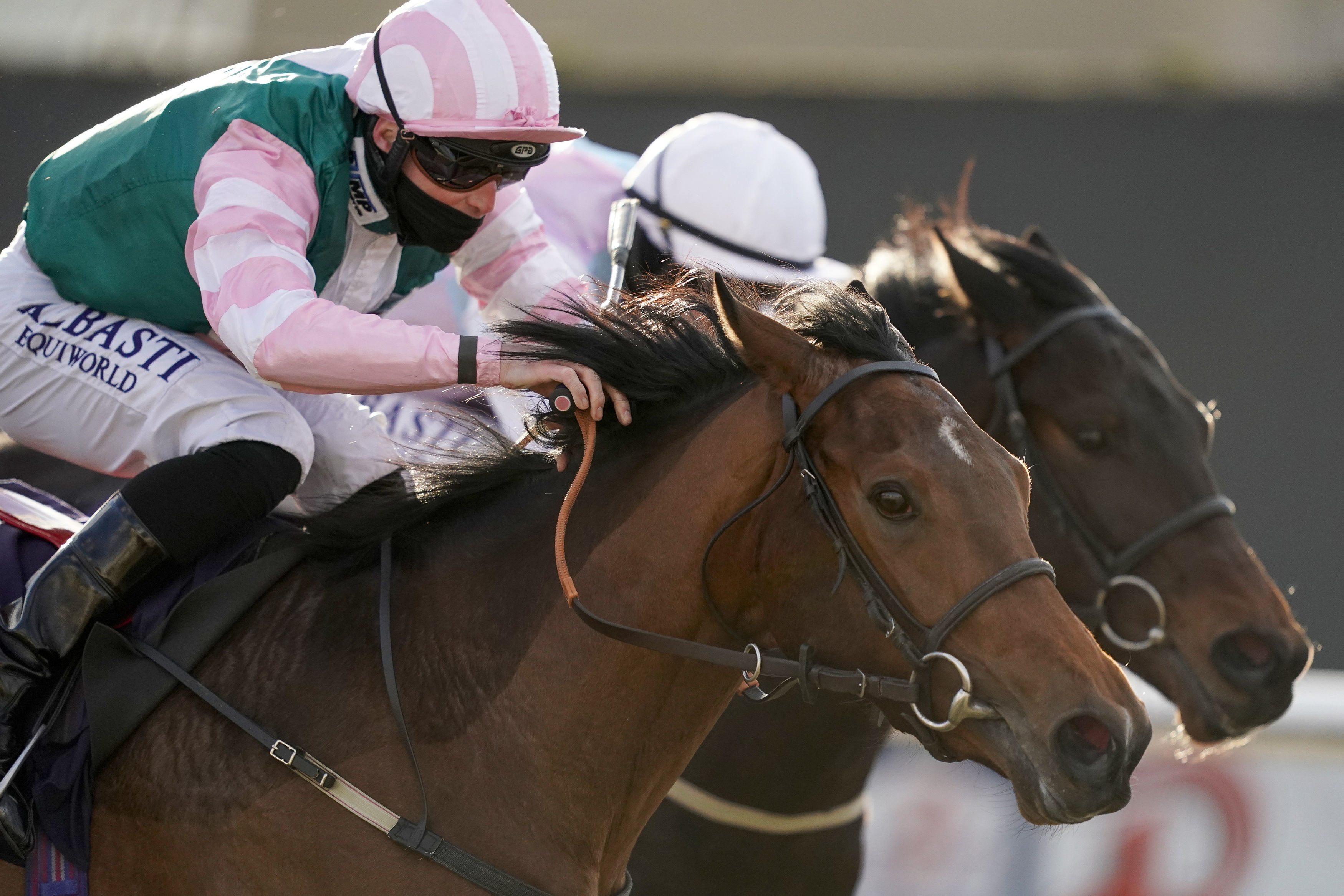 Credit should be given to the authorities, sponsors and TV crews for arranging today's action.

And there is no reason why we can't get a winner with some top tipping below.

SECRET HANDSHEIKH has been in blistering form at Southwell with two easy wins from his past two runs.

Form at that track often doesn’t translate because of the slow going but Archie Watson’s flyer won on lightning ground at Bath last summer so should handle this quicker surface.

If he does he’ll be very hard to stop.

Water Of Leith could be the one to cash in if the tip falters. He has done nothing wrong in winning a couple of novice contests at Wolverhampton this winter.

He has plenty of speed for this trip and should have more to offer.

Charlie Fellowes landed a hat-trick when scoring well at Southwell in November.

He is another with form on faster ground but he’s stepping into hotter company here from a fairly high mark. You can’t rule out Twilight Heir who ran well at Goodwood when last seen in October.

ACCOMPLICE can handle this step up in class after two wins on his past three visits to Leafy Lingfield.

She only had a short-head in hand last time but she came with a late rattle and wasn’t fully extended. She loves this trip and can go close again.

Crackling has lots of potential and went close at Southwell last month. That was a good effort after almost two years off and stepping up to this trip looked a wise move.

He won on debut here so the track holds no fears. Apex King comes from a yard that is sending out plenty of winners.

He was just a length off the pace here last time and comes back from the same mark. Elmejor was hampered at Kempton latest and is better judged on his close second at Wolverhampton in December.

His wins have come over shorter which has to be a worry. Noble Peace battled to score here last time over 1m2f.

He faces tougher opposition today so needs to pull out a little more.

STOPNSEARCH was a little unlucky to be beaten a short-head here last time. He was pushed wide coming into the straight and lost plenty of ground before finishing like a train.

Hopefully he can stay closer to the inside today and gain compensation. Convertible was just over a length behind the tip in that race and is better off at the weights.

Ryan Moore takes over in the saddle and he should be on the podium again. Avorisk Et Perils is interesting now that she’s dropped back to her most recent winning mark.

That victory came over this course and distance and she should be an each-way price.

Capla Crusader got back to winning ways here 14 days ago. He’s been hiked a fairly harsh 7lb for that success and takes a step up in class here.

Aztec Dreams showed promise when beaten less than three lengths returning from more than a year off. He will be a threat if building on that from a fair enough weight.

INEVITABLE OUTCOME ended 2020 with a win at Wolver and has gone close twice since, including here last time out.

He drops back a furlong, which looks a wise move after he may not have quite got home. He looks the one to beat.

Cappananty Con was value for further than the official margin of a neck when scoring over course and distance 14 days ago. He had to switch around rivals and could have scored by more.

This looks a slightly tougher race but he’s one to consider. Garth Rockett has been in good form and went close here latest.

Trainer Mike Murphy has been sending out winners galore so he’s a danger. Desert Land won two starts ago and didn’t get much of a run last time.

He’s better than that fifth suggests. Bombastic went well in a stronger race on his last visit here and can outrun his odds.

ELIMAY is already proven in a higher class than this and went close to winning another Grade 2 at Thurles 17 days ago.

She got close to Allaho who is fancied by many for the Ryanair at Cheltenham next month so that form looks smart.

Heavy ground holds no fears and she won’t mind dropping to this trip having won over it at Cork last season.

Shattered Love is the clear and obvious danger. It’s more than three years since she tackled this sort of distance with all her best efforts coming over further including the 2019 JLT Chase at the Festival.

She has only won a couple of times since then and it was interesting to see her run over hurdles last time although it didn’t work out.

She’s still a threat although more of a stamina test would be ideal. The others should be playing for third with Yukon Lil respected thanks to Willie Mullins’ amazing record in this race.

He’s won four of the past five runnings but this year’s hope struggled last time and has a bit to find. Waitnsee needs this drop in class to work wonders after a poor showing last time out.

LEAN ARAIG has been knocking on the door and followed back-to-back seconds with a close-up third here last time.

This trip and testing ground suits and the handicapper has left his mak alone, which gives him a solid chance.

R’Evelyn Pleasure jumped much better than normally when second at Thurles 17 days ago. He stays well and likes it soft so could be well handicapping if getting round without any mishaps.

The Echo Boy won nicely at Fairyhouse two starts ago before a puzzling run at Navan. He could easily bounce back. Kitten Rock didn’t fire at Thurles but went close a couple of times before that and is coming right down the weights.

AUTUMN EVENING was a good winner in the mud on his debut before a solid fifth at Grade 2 level.

He was just run out of it late on at Fairyhouse last time and can improve for Jessica Harrington.

Druid’s Altar was a place behind the tip two runs ago and one in front last time. There won’t be a lot between them again with his rider’s 5lb claim a big asset in a tight contest.

Sideshift has made jumping errors on his two runs so far but has still managed to finish second each time. He is a winner on the Flat and can figure if crossing his hurdles better.

Awkwafina was poor last time but won two runs ago so could be capable of better.

DON’T GO YET looks the one to beat after going down in a tight finish at Fairyhouse.

He relished the soft ground over this trip in what looked a slightly stronger race. He is 4lb higher in the handicap now but should be able to cope with that.

Djasek is another coming from a good Fairyhouse run and he also seemed well suited by this distance. He wouldn’t have to improve much to get off the mark.

Royal Rhythm has been knocking on the door and was a good third off this mark last month.

Wait Here got his head in front at Punchestown in October and went close again at Thurles. He’s had a little break since then but is capable of going close off what looks a fair mark.

Fou Diligence is another capable of better and his stamina will be an asset in the ground.