Chinese diplomats were left furious after a photo was published of gold-medal winning weightlifter Zhihui Hou.

The embassy blasted Reuters as “ugly” and labelled the photo of Hou competing on her way to gold in the women’s 49-kg weightlifting as “shameless”.

A statement from the Chinese embassy of Sri Lanka read: “Among all the photos of the game, Reuters has chosen this one, which only shows how ugly they are.

“Don’t put politics and ideologies above sports, and call yourself an unbiased media organisation. Shameless. Respect the spirit of Olympics.”

The photo in question is an action shot of Hou lifting, while displaying a strained expression on her face.

Hou posted an Olympic record and a total of 210kg to take gold. 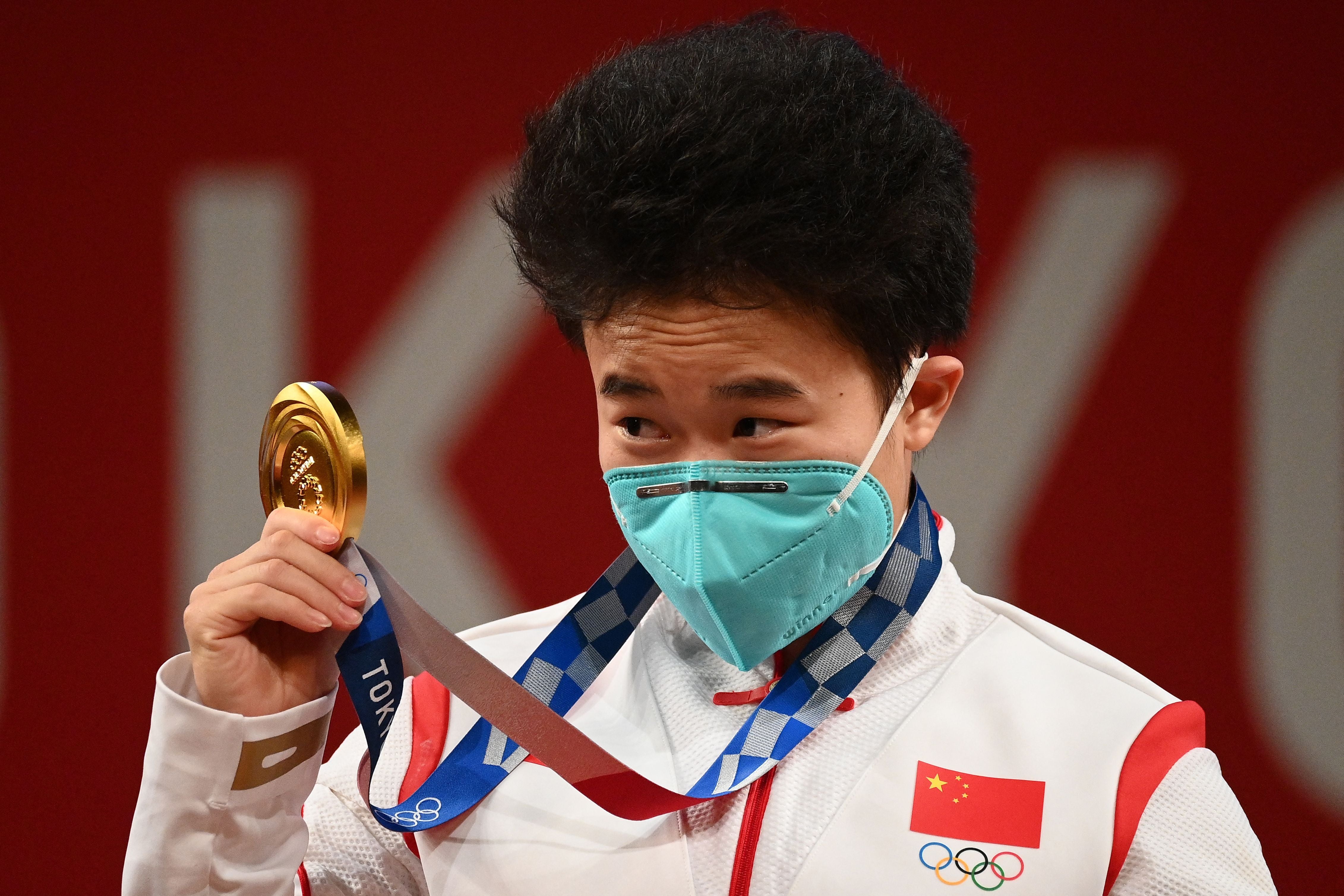 China’s Hou Zhihui stands on the podium after winning gold

“I felt very happy when I finally made it,” said Hou said.

“In one second all the stress disappeared. I prepared for five years so it means a lot to me.”