HAVING watched the heroics of England’s footballers at the Euros, Dina Asher-Smith is now ready to inspire the nation at the Olympics.

Team GB have been lifted not just by the Three Lions’ run to the final, but also by the words published on their social media accounts. 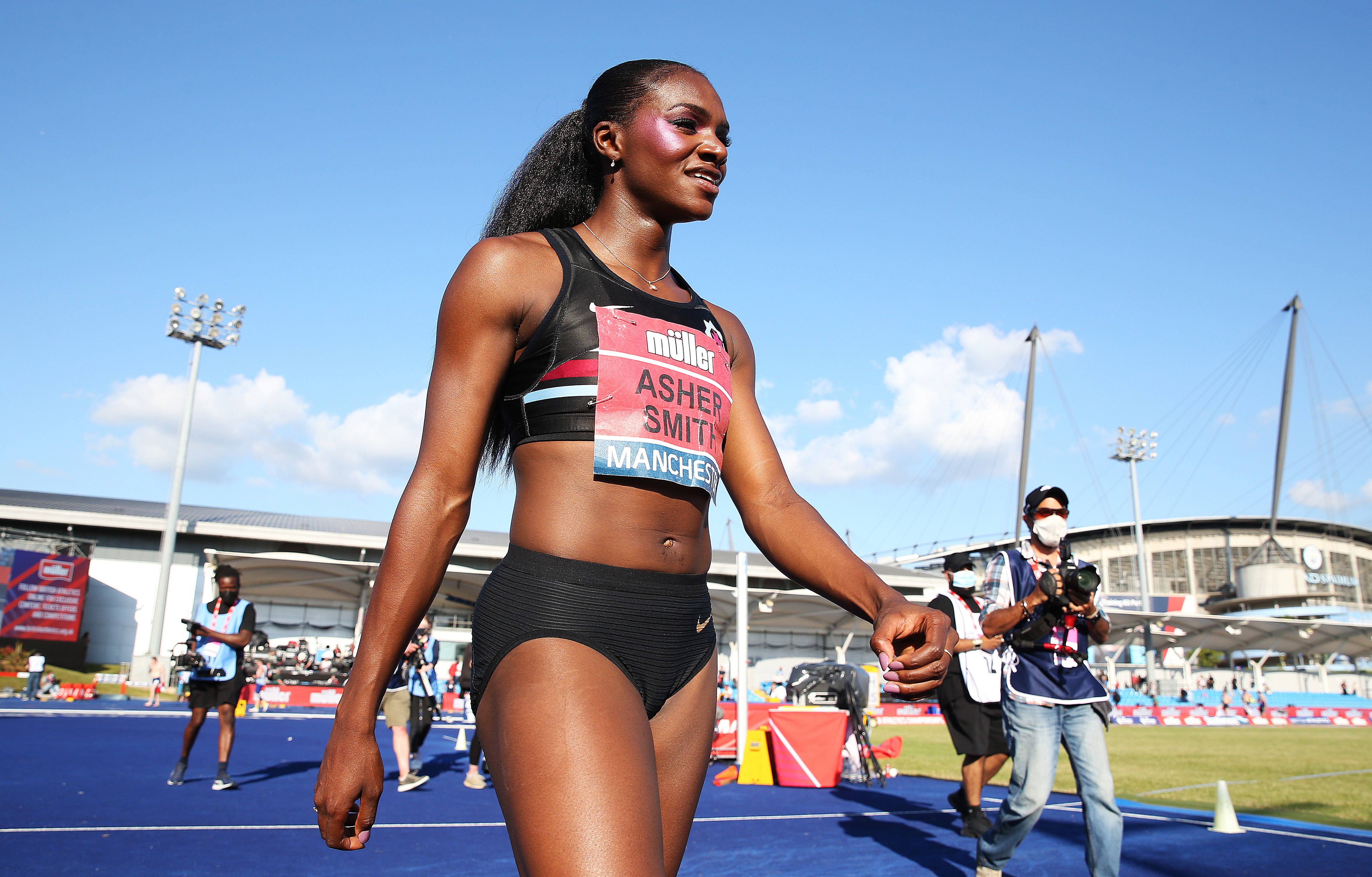 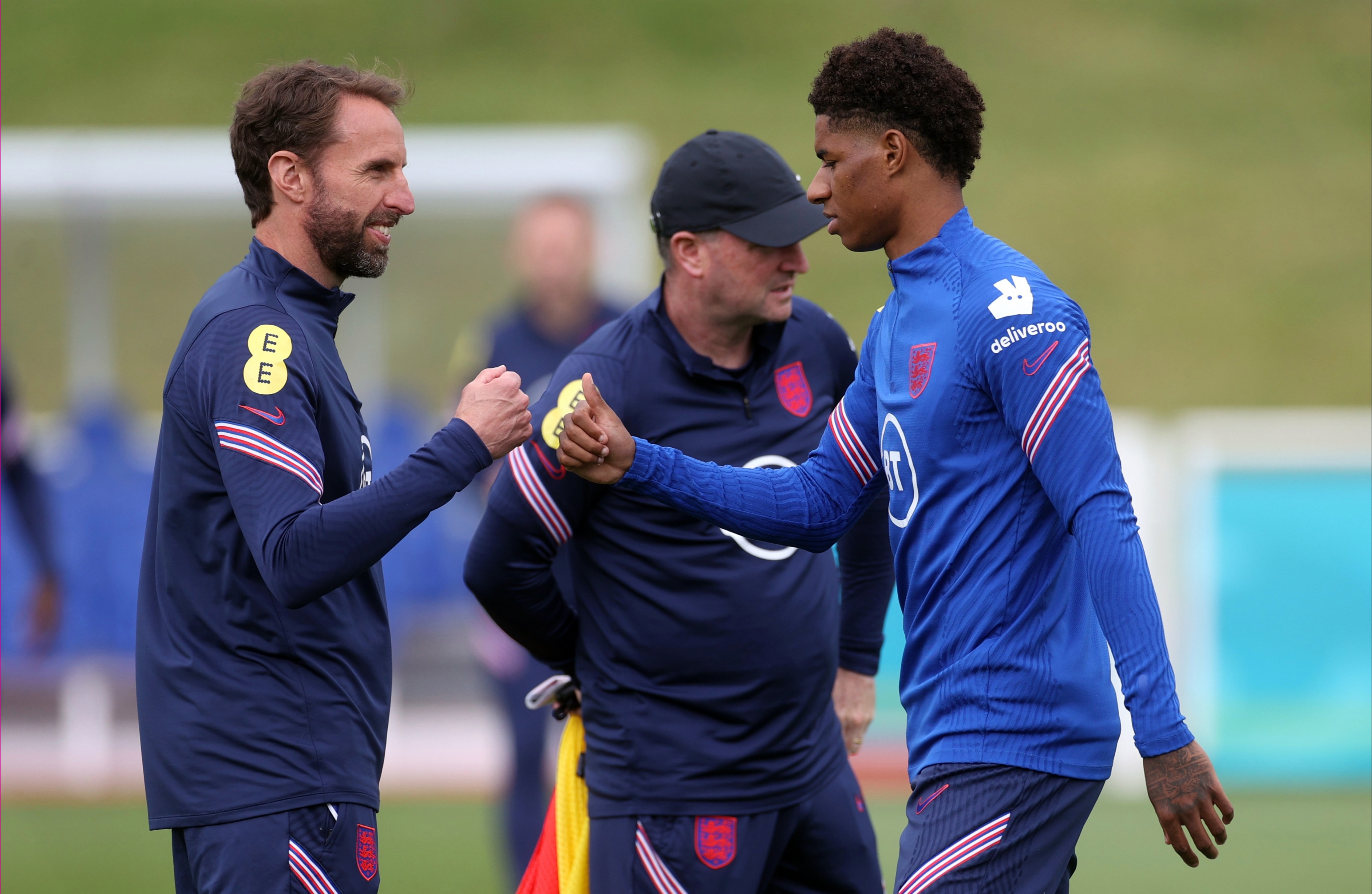 Yet away from the starting blocks, the sprinter is part of a new generation of athlete activists who want to win medals and change the world at the same time.

It is similar to what England and Manchester United striker Marcus Rashford did, taking on Prime Minister Boris Johnson and helping feed starving children.

Asher-Smith, 25, said: “What Marcus and all the other players have been doing is fantastic.

“It made me so proud to watch them and see how they conducted themselves.

“They did fantastically throughout the Euros and England surpassed all of our expectations in the nicest way. They performed fantastically.

“They’re a credit to our nation and are showing a really good sense of moral leadership.

“As sportspeople we are really proud, and definitely as a Brit, as a black Brit, I was really proud of them during the Euros.

It would be entirely selfish not to give back when you’ve had so many opportunities in your career.

“I thought they represented our nation and our communities incredibly well.

“Definitely social activism is something I’d love to increase. You do have to give back.

“It’s an essential part of being not only an athlete but also somebody who had an opportunity.

“The only reason I am here today is the goodwill and hard work of other people in teams and throughout my community.

“It would be entirely selfish not to give back when you’ve had so many opportunities in your career.

England might have fallen short in the Wembley final, losing on penalties to Italy, but the 374-strong Team GB squad can certainly continue the feelgood factor in Tokyo after 18 months of Covid hell.

Asher-Smith said: “I’m so unbelievably excited to be here. I feel like I’ve been capping my excitement for over a year because it’s been postponed and pushed back.

“It feels like it’s been a long time in the making. I’m really excited to go and put a really good series of runs together.

“The Olympics are the pinnacle of our sport. It’s what so many of us have dreamed of since we were babies.”

Lost amid all the cynicism and scepticism — not to mention the growing number of positive Covid tests — is the fact that the Olympics on their day, when gold medals are won, can encourage people to get fit and active.

Asher-Smith said: “The next fortnight has a great potential to inspire an entire generation of young women.

“We do have significant drop off rates of young women when they hit their teenage years.

“I really hope the next fortnight shows that you can make a viable career out of this, being a sportswoman in whatever sport you want to do.

“It’s fun, it can change your life, you can develop lifelong friendships, you can lose weight, it’s good for self-esteem, your mind and your mental health.

“This is a great platform and showcase for the sports we all love and I hope I can do you all proud over the next two weeks.”

Slowly but surely the jetlag is getting out of Asher-Smith’s system as she adjusts to the eight-hour time difference following eight hours of unbroken sleep.

The tight hamstring that put her out of the Gateshead Diamond League this month is fine but left her feeling grumpy for a few days.

Yes, it will be in front of empty stands and for the first time her proud parents Julie and Winston will not be there to watch.

For so many reasons it will be an Olympics like no other, but for Asher-Smith it is still a time to shine in front of billions.

“When people talk about this other stuff — the poster girl — whatever, it’s cool. But I don’t pay attention to the noise, the chatter and the predictions.

“At Heathrow loads of the British Airways people said to me, ‘Are you nervous?’.

“No, what’s there to be nervous about? Obviously this is on a different scale but I line up for a race and I’ve done that since I was eight and I’m very, very good at it.

“There’s absolutely nothing to be scared of. I love a show, I love a stage.

“I love putting together a great performance when it matters, when the lights are really on. That’s just part of me.”