JOSE MOURINHO insisted last week Tottenham could not afford to put Willian in their team.

And on today’s evidence neither it seems can Arsenal. 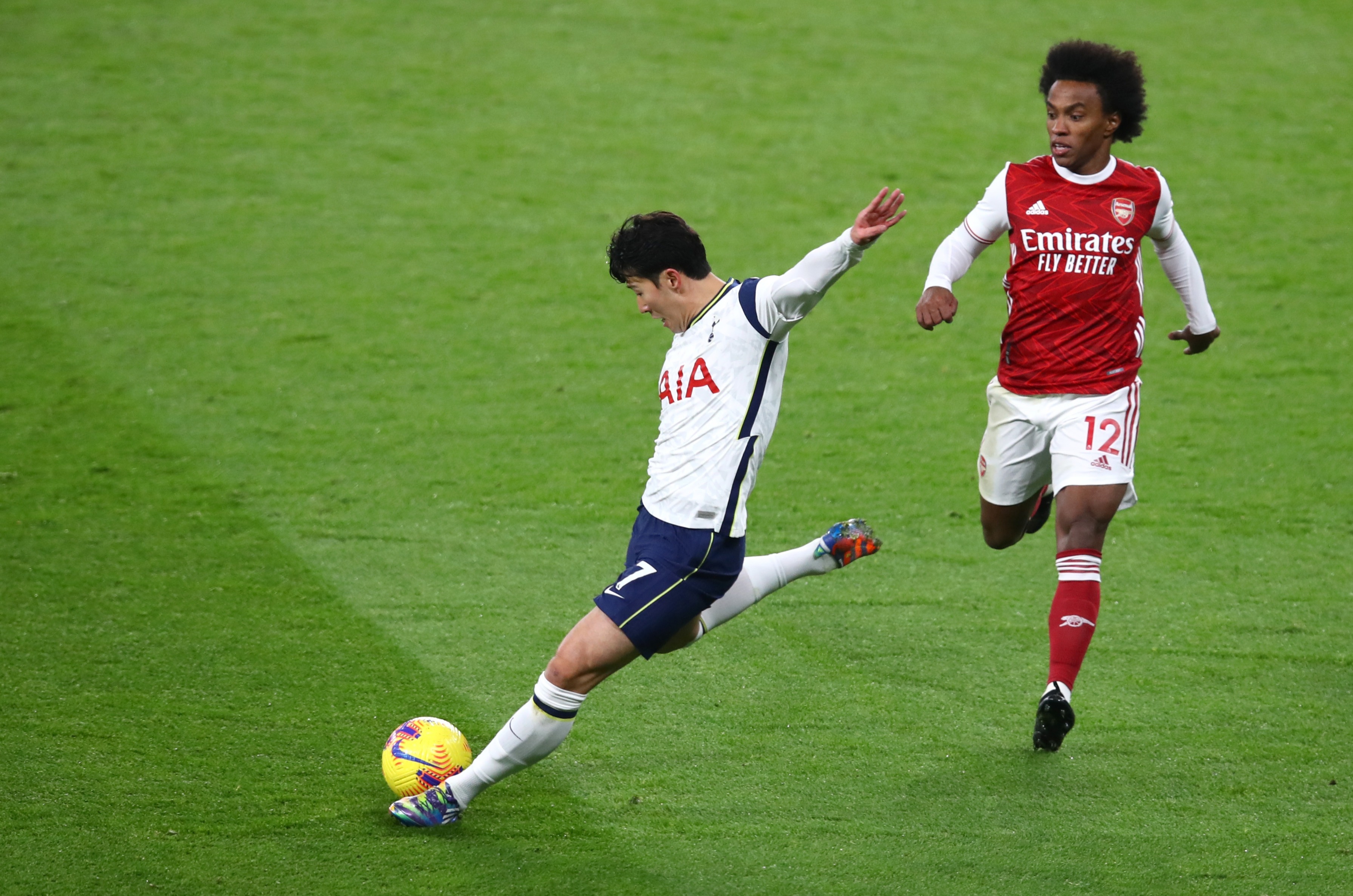 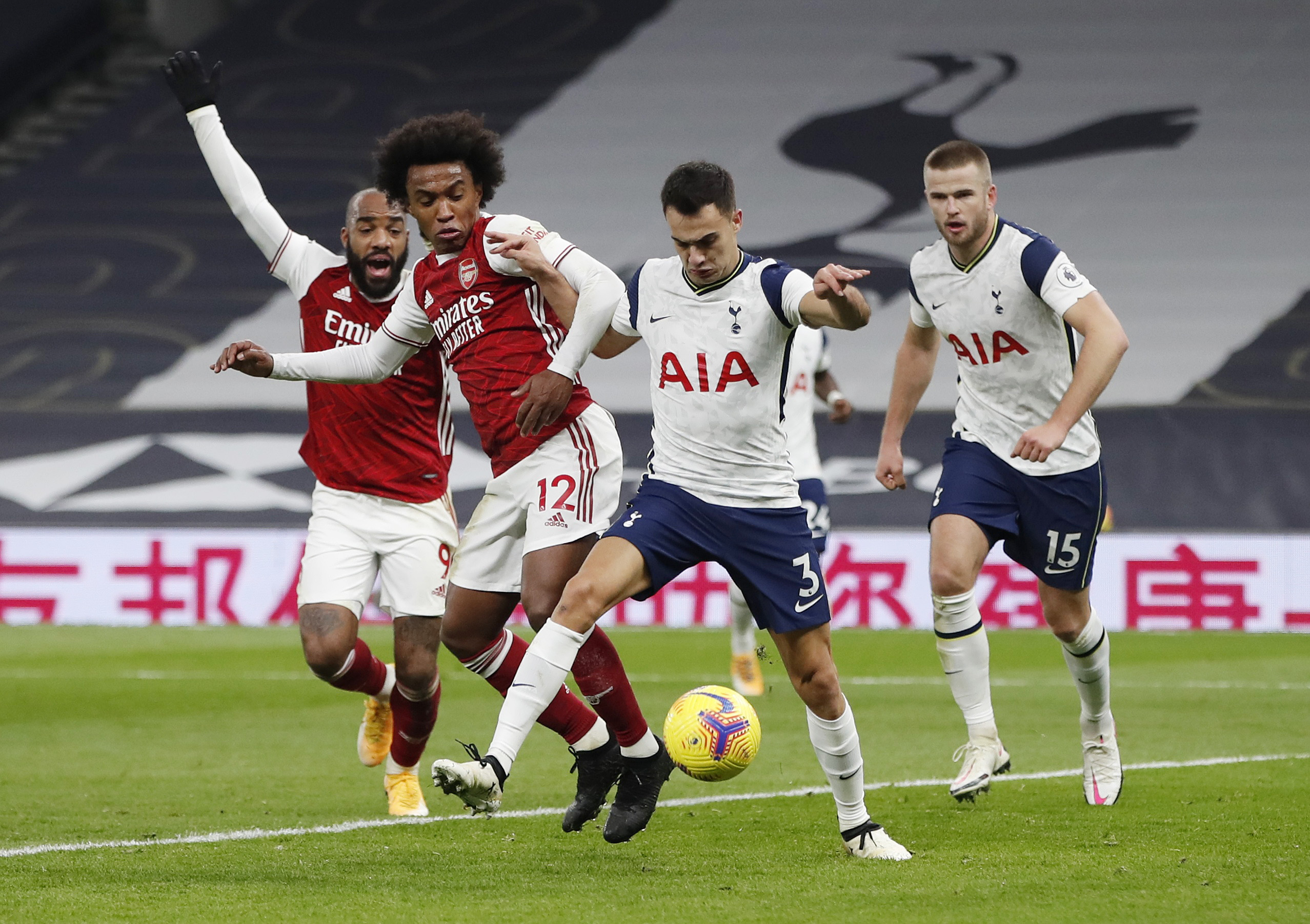 The Tottenham boss was of course talking financially, referring to the £35million the Gunners splashed out to sign his former Brazilian on a ‘free’ from Chelsea.

Spurs were also strongly linked with Willian, given he played under Mourinho for the Blues.

But the Special One and his Premier League leaders seem to have dodged a bullet after the Samba star, who agreed a three-year deal at the Emirates worth £220,000 a week, was two-bob again as his first North London derby ended in defeat.

While Tottenham top the table on 24 points, Arsenal are sixth from bottom already 11 points behind.

Son Heung-min’s stunning 13th minute opener for Spurs was his 10th top flight strike of the season – which is as many as the whole of Mikel Arteta’s men have mustered between them.

And that is not surprising after witnessing Willian’s latest lacklustre display.

The playmaker, booed by the 2,000 home fans after famously snubbing a switch to N17 to join Chelsea in August 2013, is the epitome of Arsenal’s campaign having faded badly after an encouraging start.

He was brought in to give the Gunners extra creativity and attacking threat. But he has registered no goals and just three assists.

He is obviously not solely responsible for all of Arsenal’s ills at the moment.

But Gooners are now seeing why he failed to nail down a regular place at Chelsea as he failed to unlock a Spurs team that invited pressure, especially in the second half.

Willian was not the only visiting player to do nothing before the break when Harry Kane all but sealed the Gunners’ fate with a brilliant breakaway second on the stroke of half time.

Indeed when he was fouled by Giovani Lo Celso – which resulted in a yellow card for the Argentinian – he had in his eyes the look of a man who did not fancy it.

Willian, like Arsenal, improved in the second half, but despite being allowed plenty of the ball they could not make an impact.

He only really caused a threat after switching to the left flank for the closing stages.

Too little, too late and nothing like value for money.

a, Bullet, dodged, Tottenham, when
Celebrities