WHEN Graham Potter was linked to the Tottenham job in the summer, many of the club’s fans were less than impressed by the prospect of him taking over.

The Brighton hierarchy were never worried it might actually happen and were always confident of retaining their forward-thinking manager. 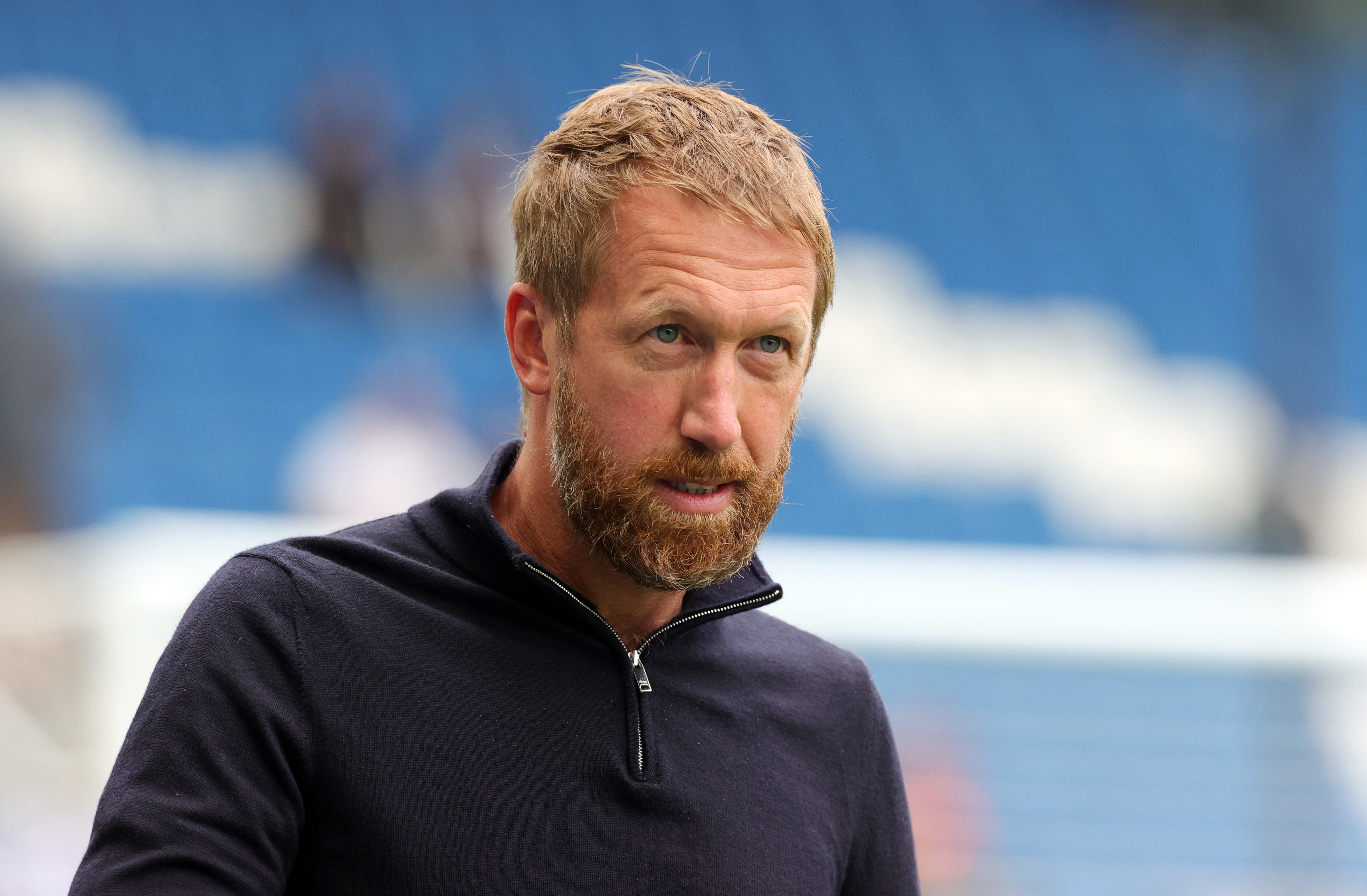 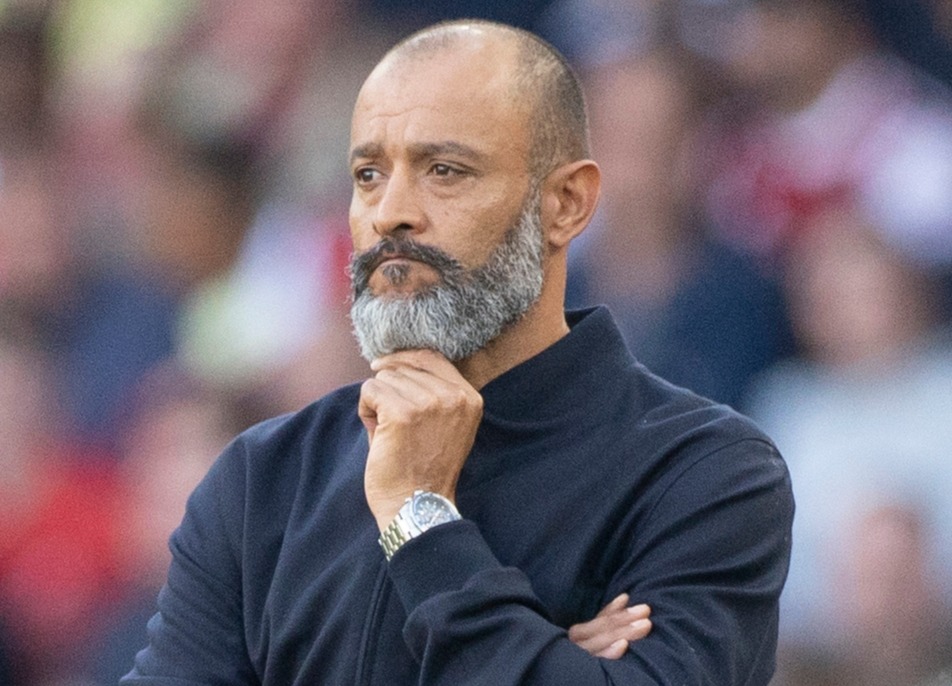 But how those sceptical Spurs supporters may now wish the Englishman had swapped life at the Amex for the Lane given how things are going under Nuno Espirito Santo.

The turnaround in fortunes for Nuno, who was named the Premier League manager of the month for August just 17 days ago, shows how quickly your stock can rise and fall in football.

But those of us who have been following Potter’s project down on the South Coast can see why he is so highly regarded within football – and why his approach is built to outlast being a hero one moment, a zero the next.

The former full-back, 46, took over from Chris Hughton in May 2019 tasked with improving the style of play.

From a results and statistics perspective, some may feel not a whole lot has changed, with 15th- and 16th-placed finishes in his two seasons very similar to the 15th and 17th spots Hughton managed.

Indeed, when it comes to league victories, it has been the same throughout all four of their completed Premier League campaigns, with nine picked up every time.

But those numbers are deceptive in reflecting what has gone on at the Amex, particularly since the turn of the year.

Smartly, Potter decided not to rip up all the brilliant work Hughton had done in making Albion a tough, organised side still in its Premier League infancy.

Instead, he built on it, slowly. Evolution, rather than revolution. It is an approach current Eagles chief Patrick Vieira said is a “good example” of how he should do the same at Selhurst Park following on from the pragmatic Roy Hodgson.

Albion stalwarts of the Hughton era such as Glenn Murray, Dale Stephens and Mat Ryan were not disrespectfully discarded right away.

Potter knew how valuable their experience and nous were, even if their styles of play did not ultimately match the direction he was taking the team.

Yet it is from the start of 2021 where you have really seen what this Potter team can do and why fans are so excited about its potential.

Young players have been given chances by Potter that other managers just would not and it has paid off handsomely.

Goalkeeper Robert Sanchez is the prime example of that, being thrown in at the deep end against Spurs for his debut before properly establishing himself as the No1 a few months later.

He is now a Spanish international and one of the most exciting stoppers in the game.

But there are many others: Steven Alzate, Tariq Lamptey, Aaron Connolly all come to mind.

Suddenly Brighton’s squad is stacked full of valuable talent coveted by other clubs.

Ben White left for a monster fee of £50million, Yves Bissouma would fetch a similar price. Lamptey would be heading towards that bracket too if it were not for his nine-month injury lay-off this year.

Recruitment has been clever, not just in the bigger money signings like £15m left wing-back Marc Cucurella, who has slotted in seamlessly.

Albion have also adopted a Chelsea-lite approach of buying up exciting prospects and loaning them out, with the hope that some will make the first team.

Some have, like Polish midfielder Jakub Moder, looking a snip at £6m. Others have not, like South African Percy Tau, who left the club this summer after only a handful of appearances in the first team.

But it is relatively low risk with big rewards when some of these rough diamonds come off.

Credit for the recruitment side of things goes more towards chairman Tony Bloom, chief executive Paul Barber and particularly sporting director Dan Ashworth, but Potter still plays a big role in it too, specifically in giving those signings a chance in the first team.

Players whose futures would be over anywhere else have been successfully reintegrated by Potter, as had been the case with Shane Duffy this term.

Potter has been the principal driver in transforming Brighton

Some players are even adapted into shiny new ones. No one else saw the 6ft7ins Dan Burn as a rampaging left wing-back apart from Potter, but it has worked.

Potter has been the principal driver in transforming Brighton into one of the most progressive, modern clubs out there.

Seagulls legendary striker Murray explained it best in an interview this weekend when he said: “One thing Graham has done is changed the culture. It’s a real learning environment.

“It sounds cheesy but it is a brilliant place to go to work. Football clubs can be stuck in the past with older players being a little bit hostile. They can be brutal sometimes.

“Whereas Graham has created a workplace of fun and laughter. It’s very harmonious.”

It sounds very similar to how Gareth Southgate is talked about for his work with England. Should Southgate wish to step aside after Qatar, it does seem that Potter is a Three Lions manager in waiting, if he wants it.

You would not be so sure though with how committed he is to his work at Brighton, which should be a warning to any covetous club out there. And now the results are coming.

Six wins in seven games in all competitions. Win at arch-rivals Crystal Palace tonight and they will reach the summit of the top flight for the first time in their 120-year history.

Potter has been keen to point out that the fine margins that were not going their way last season – epitomised by their 2-1 home defeat to Palace, in which Christian Benteke scored a last-gasp wonder strike – are in the favour at the moment, forewarning that their current run of results will not be sustainable.

He is right, they will not be. Brighton are not suddenly on the same level as the top four, nor should they be.

But they do have the foundations, the quality in the dressing room and most importantly a manager whose philosophy seems so in tune with the modern game that you can only see the club heading in one direction.

While so many other Premier League clubs seem to be treading water or worse, going backwards, that must be a real source of pride for Seagulls fans right now.