POLICE have confirmed a DOZEN officers were injured by Legia Warsaw thugs during violent clashes which marred Thursday's Europa League clash at Leicester.

Trouble flared in the away end towards the end of the tie which the Foxes won 3-1 – with riot police moving in wielding batons to make seven arrests. 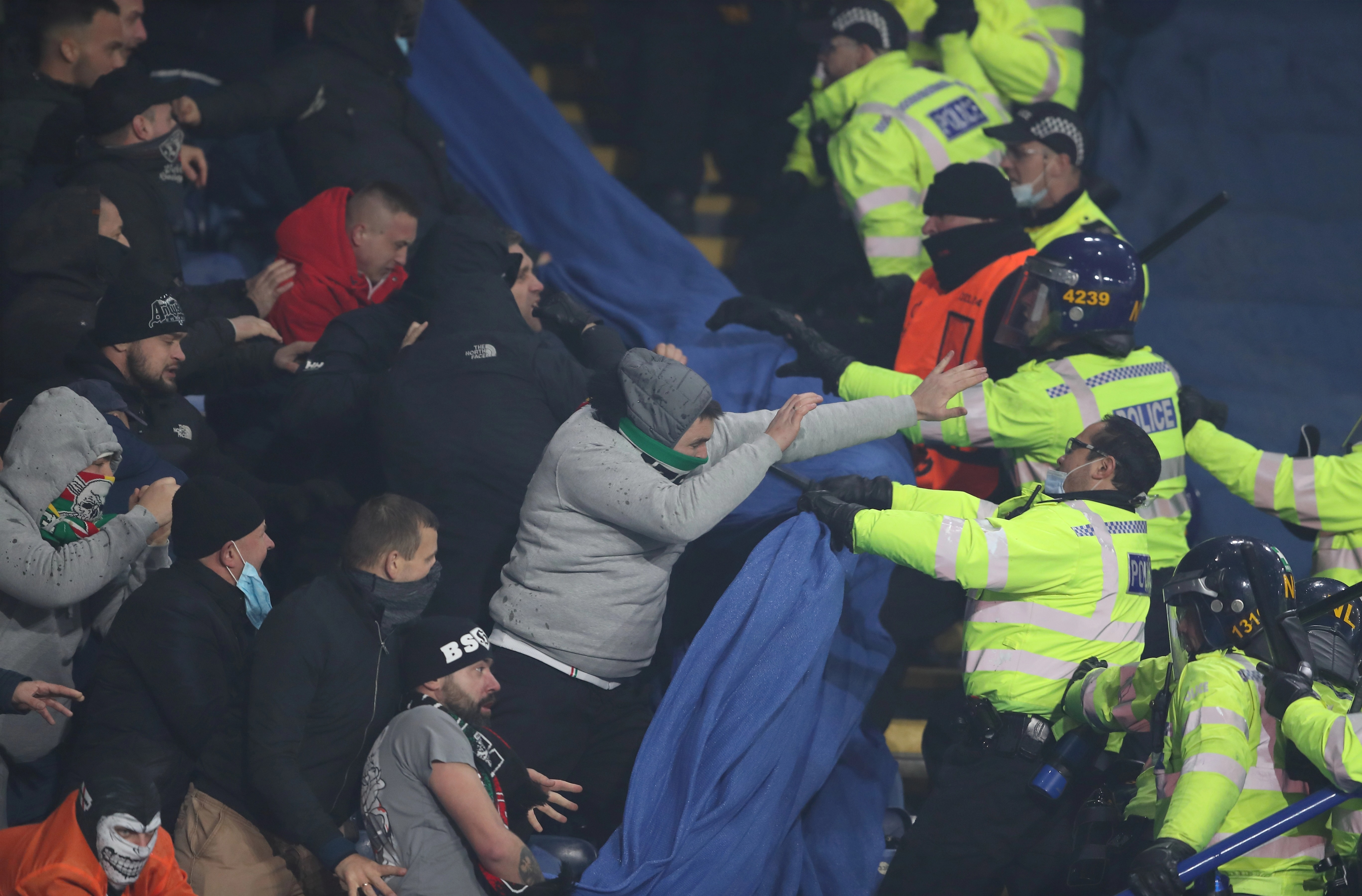 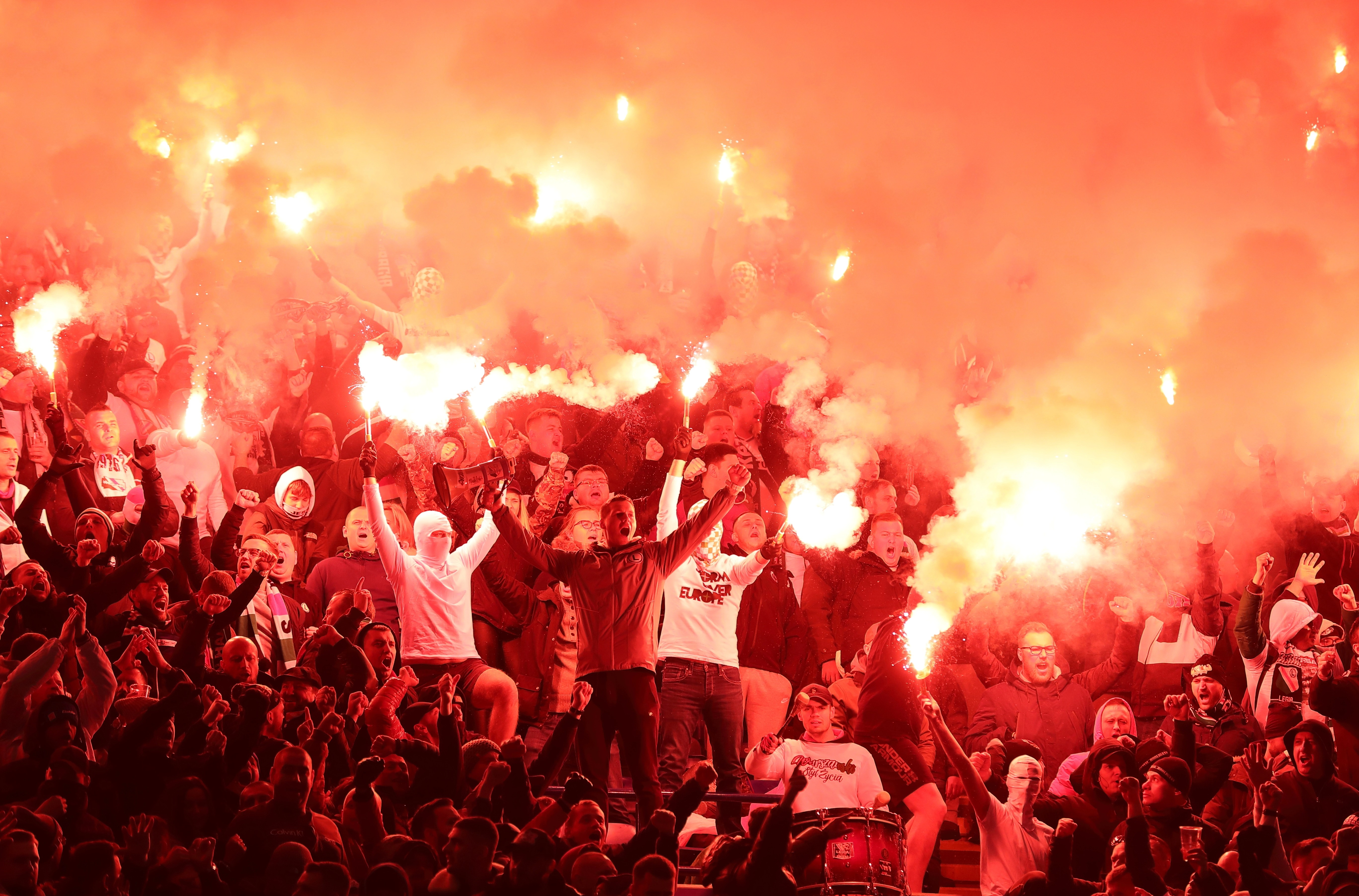 Away supporters clashed with the police and stewards as Brendan Rodgers' side took all three points to move to the top of group C.

A section of Legia ultras ripped the netting which segregated home and away supporters in an attempt to attack Foxes fans.

Before the incident, dozens of red flares were set off in the away end creating a screen of smoke around the King Power.

After the game, Brendan Rodgers said: "There seemed to be some trouble up in the far corner, so I didn't see so much of it.

"But obviously it went on for a period of time and it's not something you want to see at a football game to be honest.

"I haven't seen or heard any details on it yet but hopefully no-one's been injured."

Filip Mladenovic pulled one back for Legia Warsaw after 26 minutes before Wilfred Ndidi sealed the victory just six minutes later in an action packed half.

Daka took his goal tally to five in the Europa league with his 11th minute goal, after putting four past Spartak Moscow in a 4-3 win last month.

But the 23-year-old striker is still waiting for his first Premier League start, having made just four substitute appearances for Leicester in the league so far.

And Leicester once again failed to keep a clean sheet, having only kept out the opposition on three occasions in their 20 games so far this season.

They added to their defensive woes when senior centre-back Jonny Evans pulled a muscle in the warm-up and had to be replaced last minute by Daniel Amartey.

The former Manchester United defender will face a last-minute fitness test to be available for Leicester's clash with Watford on Sunday.

Uefa has launched an investigation into the trouble, which also marred Leicester's opening home tie against Napoli, when belt-wielding visiting thugs lashed out at locals before and during the match.

Leicester will demand strict security measures ahead of their potentially explosive group decider against Napoli in Naples on December 9, with more than 1,000 Foxes fans set to travel to the southern Italian hotbed of football.

And despite the win, Leicester could still miss out on qualification to the Europa League round of 32 if they lose to Napoli and Spartak Moscow beat Warsaw.